The specifications of the BS6 Hero XPulse 200 have been revealed and like many other two-wheelers, the motorcycle loses some of its power output in its transition from a BS4 model to a BS6 model. The BS6 Hero XPulse 200 makes 17.8 bhp at 8,500 rpm and has a peak torque output of 16.4 Nm at 4,500 rpm. In comparison, the BS4 XPulse 200 made 18 bhp at 8,000 rpm and 17.1 Nm of peak torque at 6,500 rpm. The kerb weight of the BS6 XPulse is now 157 kg, which is 3 kg heavier than the BS4 model. Earlier, the XPulse could be bought with either a carburetted engine or a fuel-injected engine, but the BS6 model is only available with fuel injection. 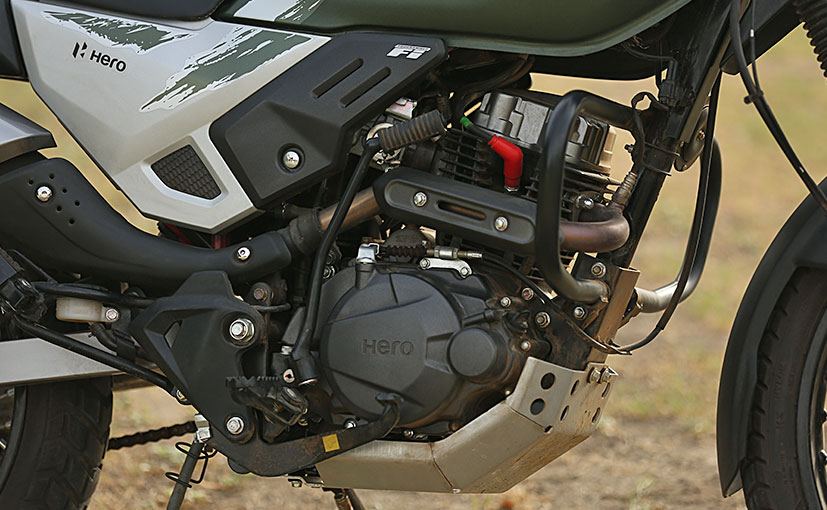 The BS6 Hero XPulse 200 also gets a new oil-cooler along with a rerouted exhaust system, which could also be a reason for the slight drop in power and torque output. The header pipe on the new exhaust system is now routed to go below the engine and then climb back up when it reaches the muffler. In such a case, the ground clearance would be affected as the bash-plate will need some redesign. But specifications on the Hero website reveal that the ground clearance is still 220 mm, which is commendable.