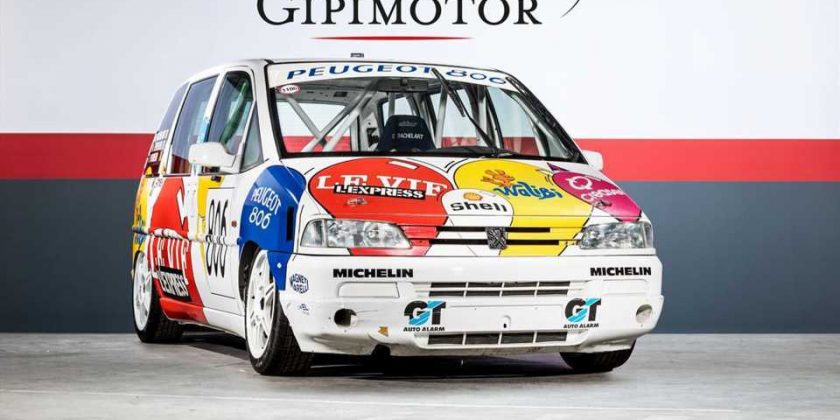 Tell us if we’re wrong, but one of the things that really annoys us here at The Drive is that nobody ever built a genuine performance minivan. One hunkered down on its wheels, center of gravity lowered and power raised—a minivan that carries the family, but is actually fun to drive.

So we tip our hats to Peugeot of Belgium, which took that idea a couple of steps further and tried to make a genuine race car out of a 1995 Peugeot 806, and succeeded. Sort of.

The minivan raced in the 1995 24 Hours of Spa-Francorchamps, starting mid-pack and passing cars left and right, giving those drivers complexes about being blown off by a minivan that likely still keeps them up at night. The 280-horsepower engine was quick, and the parts-bin supply from higher-performance Peugeots made the suspension and aerodynamics more than competitive in the Belgian Touring Car Series.

Alas, the Peugeot Pro Car minivan suffered one mechanical failure after another, beginning with the brakes and ending with the engine. One account said that the suspension, even, was getting “stroppy,” a word worth looking up.

By hour 10, the Spa-minivan—we hyphenated that because otherwise it starts out with Spam-inivan—it was done.

Or not. Gipimotor, a delightfully-named dealer in Brussels, Belgium, has acquired the super 806 and you can buy it for some so-far undisclosed price. It still features a white livery full of colorful balloons, but sadly, there’s no third-row seating.

It was the baby of race driver-car builder Pascal Witmeur, who said, “Every time we passed by in the Raidillon, people were applauding. The public liked it because, apart from being atypical, it was often on two wheels.”

Did we mention that Witmeur was born on April Fools Day? Because he was.