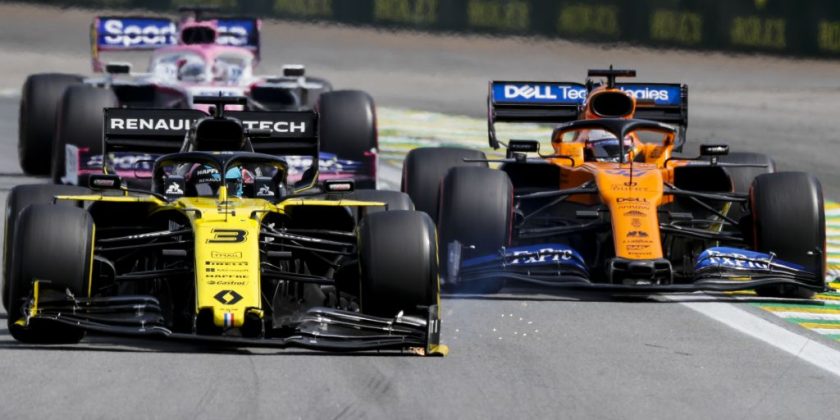 Racing Point began the season as clearly the third-best team for outright pace behind Mercedes and Red Bull, but over the course of 2020 Renault and McLaren have emerged from the midfield pack to close the gap.

The result is that with four races to go who claims P3 in the Constructors’ Championship out of that trio is anyone’s guess.

Renault currently hold the most slender of advantages, one point clear of McLaren and Racing Point, but Ricciardo has scored two podium finishes in the last three races.

“I think, particularly the start of the year, it looked like Racing Point [were fastest],” he is quoted by GPFans.com.

“There was no denying that. I still feel they probably produce the most downforce out of us three. When it comes to pure grip performance, they probably got a little edge.

“That’s not always everything. It’s certainly looked that way earlier-on. I think our development’s helped us and I’m sure we’re very close now but probably raw performance, I’d probably still say they have an edge.”

Hi. I didn’t tweet after last weekend. Loved it. Been loving it. Ok. Bye.

Renault sporting director Alan Permane thinks though that the gap between his team and Racing Point actually depends on the track.

“Unfortunately, their car is the quickest of the three,” he admitted.

“If you look at Checo [Sergio Perez] in Portimao, when he came back through the field, his pace was just incredible. Had he not gone off he would’ve been a long way up.

“But having said that, in Nürburgring, we beat them and I don’t want to say easily but I think if we hadn’t slightly messed up our strategy when we were trying to take advantage of the virtual safety car and stopped Daniel really early.

“If we would’ve gone on long, he would’ve breezed it. I think it’s a little bit circuit-dependant. I think a comment Daniel made a couple of weeks ago, it comes down to reliability. That is also key to it and we got to get both cars in the points every week.”

Renault hold P3 in the Constructors’ Championship with 135 points while both McLaren and Racing Point have 134.