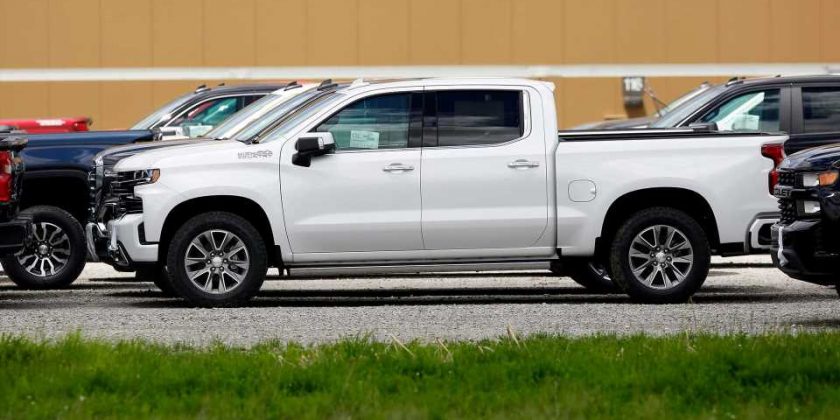 The global semiconductor shortage is wreaking havoc on the automotive industry. You probably knew that already and like everyone, you’re probably a little sick of hearing about it. After all, it’s been going on for more than a year without any true resolution on the horizon but here we are, still having to discuss because the trucks still can’t be completed. Pouring salt in the wound, fleets of mostly assembled, chipless General Motors pickups have been stored at a former GM semiconductor plant for months.

GM’s chief chip struggle wranglers found a temporary storage solution for all the trucks they couldn’t finish or deliver, and thousands still sit in the parking lots of the since-repurposed facility in Kokomo, Indiana. The Kokomo Tribune first reported on the news in late August and when The Drive reached out for comment on Friday, a GM spokesperson confirmed the plant is still being used for storage. This seemingly goes against reports that GM is halfway through with its stockpile of chipless trucks, too.

Essentially every automaker has grinded through the chip shortage, though GM has had a real public struggle with finishing trucks. Or, well, anything—which, while relatable as a metaphor for executive function during a global crisis, is pretty critical for a company whose entire business is selling people cars. It’s on pace to be the manufacturer’s worst sales year since the Eisenhower Recession in 1958 and in July, it had to straight-up pause pickup production because it just didn’t have the parts. Last week, GM reported a 40 percent cut in Q3 earnings that came right down to the chip shortage, though it’s still pacing for higher year-end earnings than in 2020, so that’s at least a plus.

GM binned off 160 jobs at the Kokomo plant back in 2016 before finally shutting down all semiconductor production there in 2017. The logic at the time was that manufacturing equipment was too costly to replace, compared to getting cheaper chips on import. GMCH Kokomo was also retooled to produce ventilators at the start of the pandemic last year.

When GM initially shifted the focus of the Kokomo plant, it said it was moving to being supplied by specialist companies dedicated to semiconductors. An example would be Foxconn, which is now, with some considerable irony, going to make cars. Meanwhile, GM’s trucks are gonna sit outside the plant that could’ve fixed them a half-decade ago until supply chains unstick themselves. Don’t hold your breath—there’s been a new Animal Crossing update and those Switch chips are in demand.

Got a story tip? Mail us on [email protected]