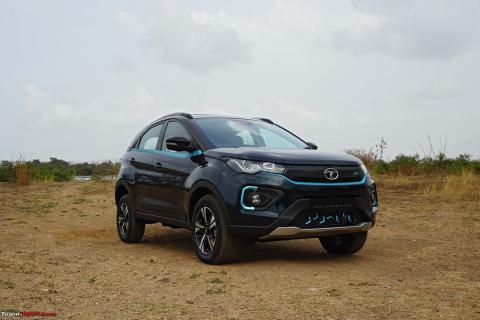 The Tata Nexon led the SUV segment with 1,68,278 units sold, followed by the Hyundai Creta.

2022 turned out to be a good year for the Indian auto industry, showing signs of recovery as the effects of the pandemic subsided.

In the SUV segment, the Tata Nexon led the field with 1,68,278 units sold. However, this figure also includes the Nexon EVs sold during the year. The Hyundai Creta came in second with total sales of 1,40,895 units, followed by the Maruti Vitara Brezza with 1,30,563 units.

Maruti continued to rule the hatchback segment, with the WagonR taking the top spot with 2,17,317 units sold. The carmaker sold 1,85,665 units of the Baleno, putting it in second place, followed by the Swift, of which 1,76,424 units were sold during the year. A quick glance at past data reveals how customer preference is shifting towards SUVs. The share of SUVs in overall sales has been steadily increasing for the past few years. In 2022, new launches like the Tata Punch, Maruti Suzuki Grand Vitara and Toyota’s Urban Cruiser Hyryder contributed to the growth of the segment.

The rising popularity of SUVs can be attributed to their commanding driving position, higher ground clearance, practicality and overall sense of safety one can get while driving on the highway.

SUVs are available with multiple powertrain options, including conventional petrol and diesel engines as well as newer hybrid and electric powertrains. By offering a wide range of powertrain choices in the Nexon, Tata Motors was able to achieve a monthly volume of 15,000 units, making it the highest-selling SUV in India.

SUVs have been gaining popularity all over the world for the past few years. However, whether this trend will continue in 2023 is anyone’s guess. That being said, as more SUVs flood into the market, it looks like the segment is only going to boom further.