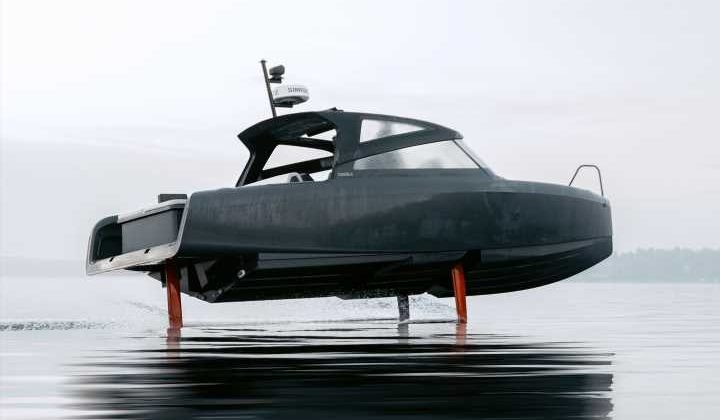 Polestar's 69kWh battery pack works well in a car; here's how it goes in an electric boat…

For obvious reasons, you won’t have heard much about electric boats in the recent past. But as the same obstacles to widespread adoption are being overcome in the world of battery electric vehicles, so electric boats are getting there as well – and in a rather more testing environment. Candela is a Swedish company that only makes electric boats, and has been doing so since 2014; now it’s entered a deal with Polestar to use its batteries on the water.

The Candela C-8 follows the C-7, which in 2020 was the best-selling electric boat in Europe. The new ‘powered by Polestar’ C-8 replaces the original model, using the 69kWh battery pack and DC charging as the single motor Polestar 2 Standard range. It’s reckoned that in the boat that translates to a cruising speed of 22 knots and a range of 57 nautical miles. Which doesn’t sound much from a car perspective, when the 2 will reach 99mph and realistically do 200 miles, but Candela says those figures ‘compare favourably with internal combustion engine speedboats’. The high-speed range is also something like twice the typical figure for an electric speedboat. So Candela is pretty pleased.

Obviously the boat can’t make use of Polestar’s vehicle motors, and instead uses the Candela C-POD direct drive pod motor to turn energy from the battery into forward motion. The hydrofoils are used at high speed to reduce consumption, and are also excellent for showing off. Whether access to DC fast charging for boats is as tricky as it can be for cars isn’t clear; it feels like there would be less demand for battery-powered boats at the moment, though Candela will launch an electric taxi boat and ferry this year. Polestar is said to be sharing ‘Research and Development capabilities’ for a successful marine application. Presumably, the marina facilities will be better while you wait than a motorway services.

Gustav Hasselskog, CEO and founder of Candela, said of his company’s latest creation: “With batteries from Polestar, the Candela C-8 becomes the first electric vessel that can travel to destinations that were previously only reachable by combustion engine boats. The Candela C-8 powered by Polestar marks a significant breakthrough for electrification at sea.” Goodness knows it’s needed, too; Candela reckons an average 7.5m petrol boat uses 15 times more fuel than a family car. It’s a big move for Polestar, too, as it aims for sustainable electric mobility beyond just cars. And if that mobility can look as good as the C-8 powered by Polestar, don’t be surprised if people are actually quite keen on it.

Vote for the best sports car of the last 25 years!