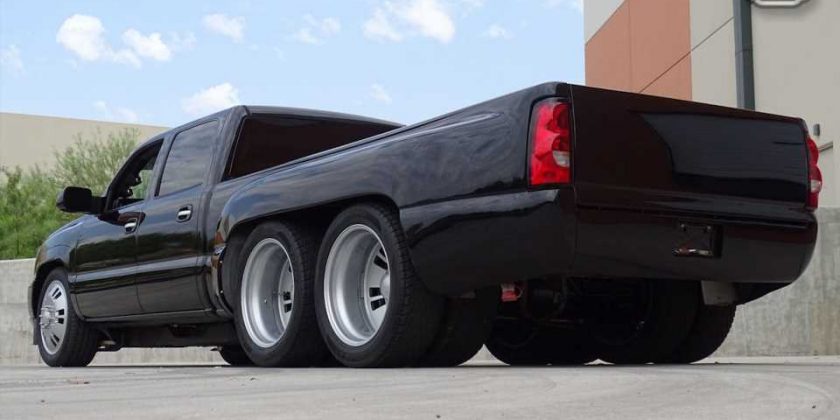 The idea that the street truck scene is a shadow of its former self is incomprehensible to me. Off-road trucks are a ball, sure, but they’re less than comfortable on an everyday basis. It’s past time for a street truck renaissance; it just needs a hero to lead the way. And that hero might finally be here, listed for sale by Gateway Classic Cars. It’s a 2004 Chevrolet Silverado with double dually rear axles and a twin-turbo, big-block V8 making way over 1,000 horsepower.

This truck started out as a dedicated Bonneville car hauler for performance intake manufacturer Spectre. At some point, though, it became a canvas for the wildest ideas that someone who’s probably fun to drink with could throw at it. It got a front-end swap from a Cadillac Escalade, an interior loaded with leather and Kenwood audio, all its suspension replaced by airbags, 22-inch Brentz wheels, and of course, a big-block V8. 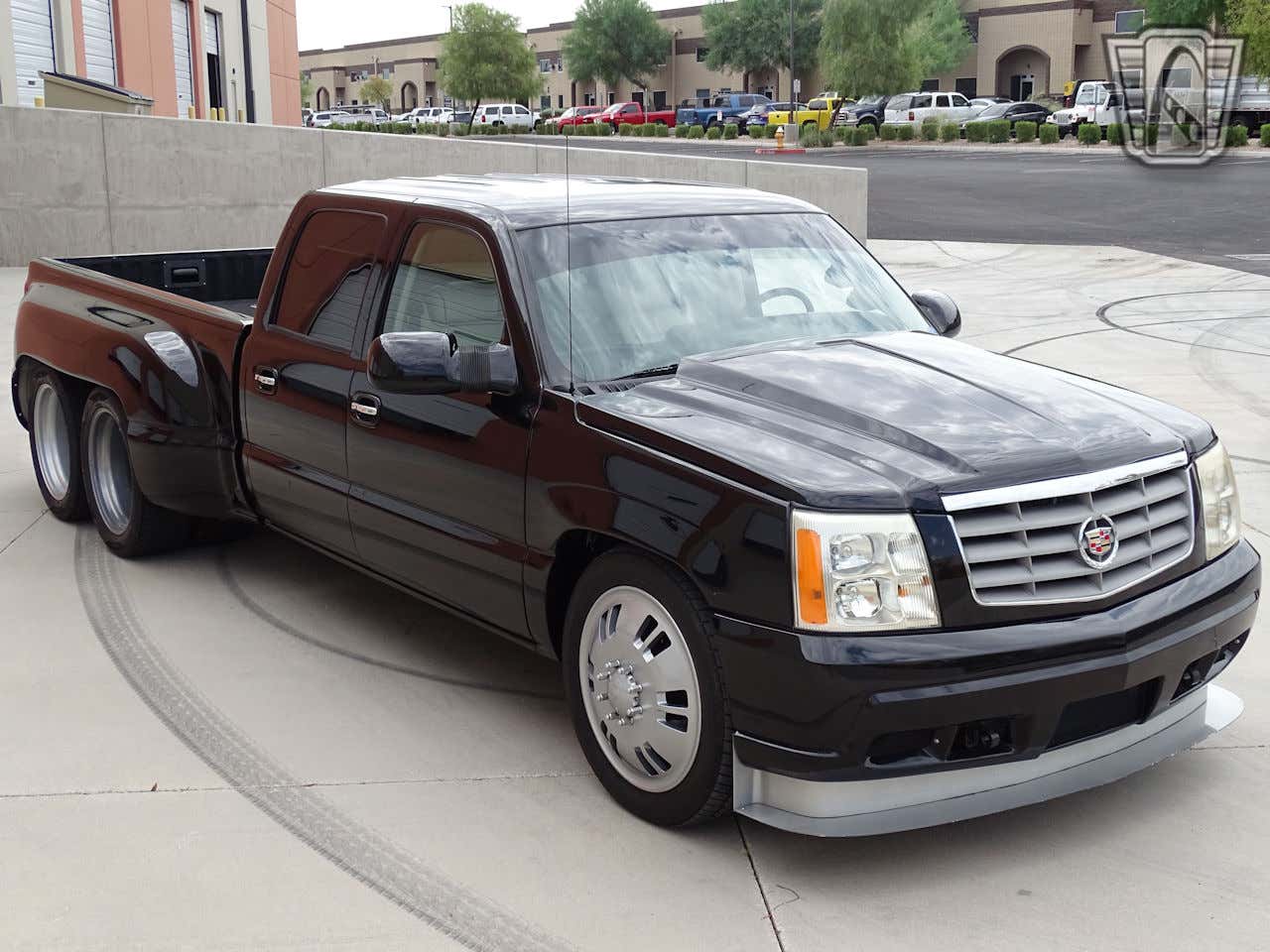 For a donor engine, its builder used a 500 cubic-inch (8.2-liter) big block, presumably the one Cadillac introduced on the threshold of the Malaise Era. Before it went in, it was expanded to 529 cubic inches (8.7 liters) and plumbed to accept a pair of Garrett turbochargers, which pump its estimated output to 1,425 horsepower and 1,671 pound-feet of torque. That’s almost as much hp as a Bugatti Chiron, and nearly 500 pound-feet more torque. Exactly how much it makes isn’t known for sure, though, likely because it’s not easy to find a dyno that’ll fit its unusual rear axle setup.

Connected to the engine by a five-speed Allison heavy-duty automatic transmission are a pair of rear axles, both with dually setups, resulting in a sort of—allow me—quadrually. Accommodating eight wheels on two axles required custom modifications to the frame, elongated fender flares, and expanding its wheel wells, known in the hot rod community as “tubbing.” The result is a Silverado that, more than almost any other truck out there, deserves to be called a “longboi.” 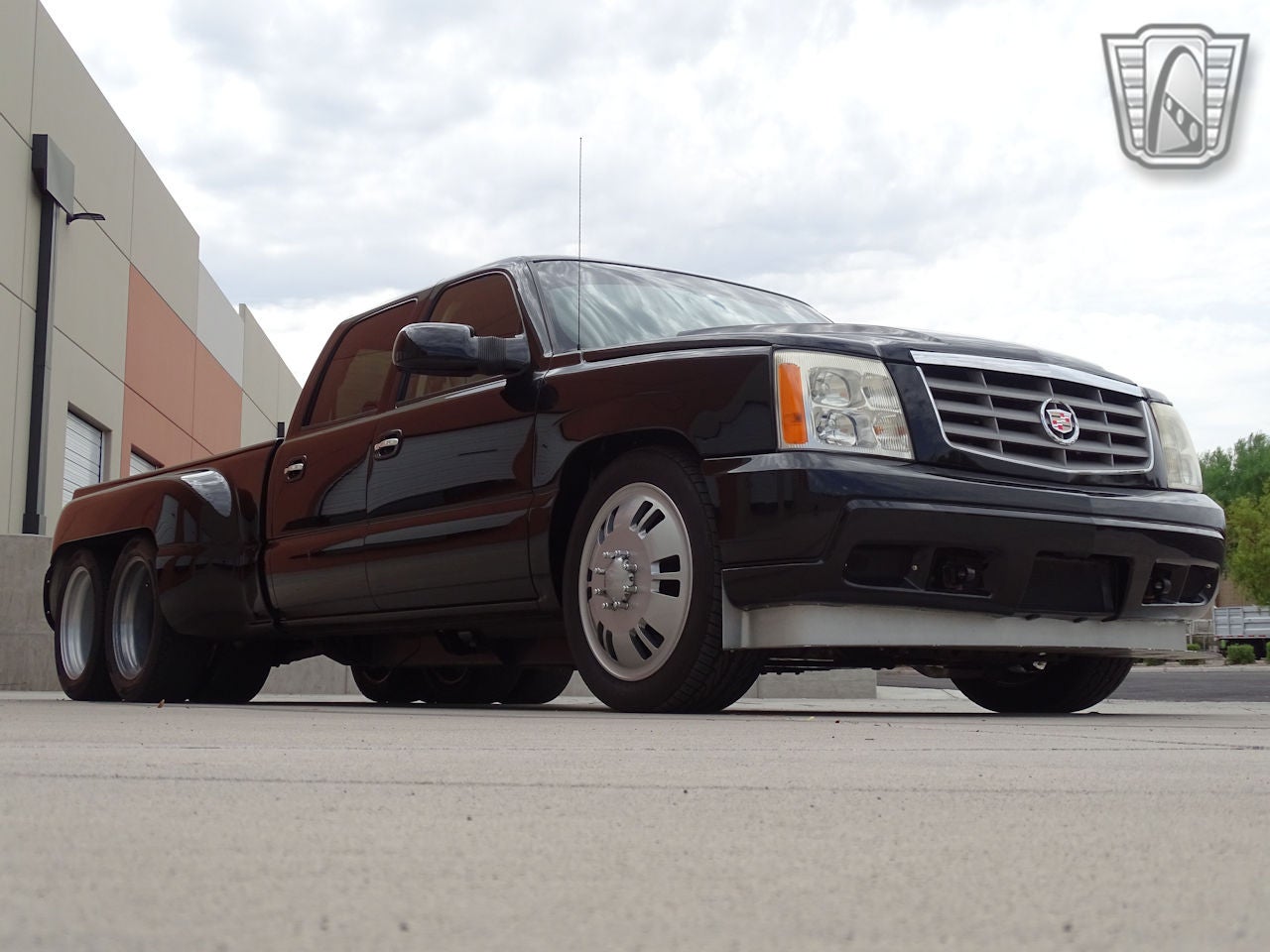 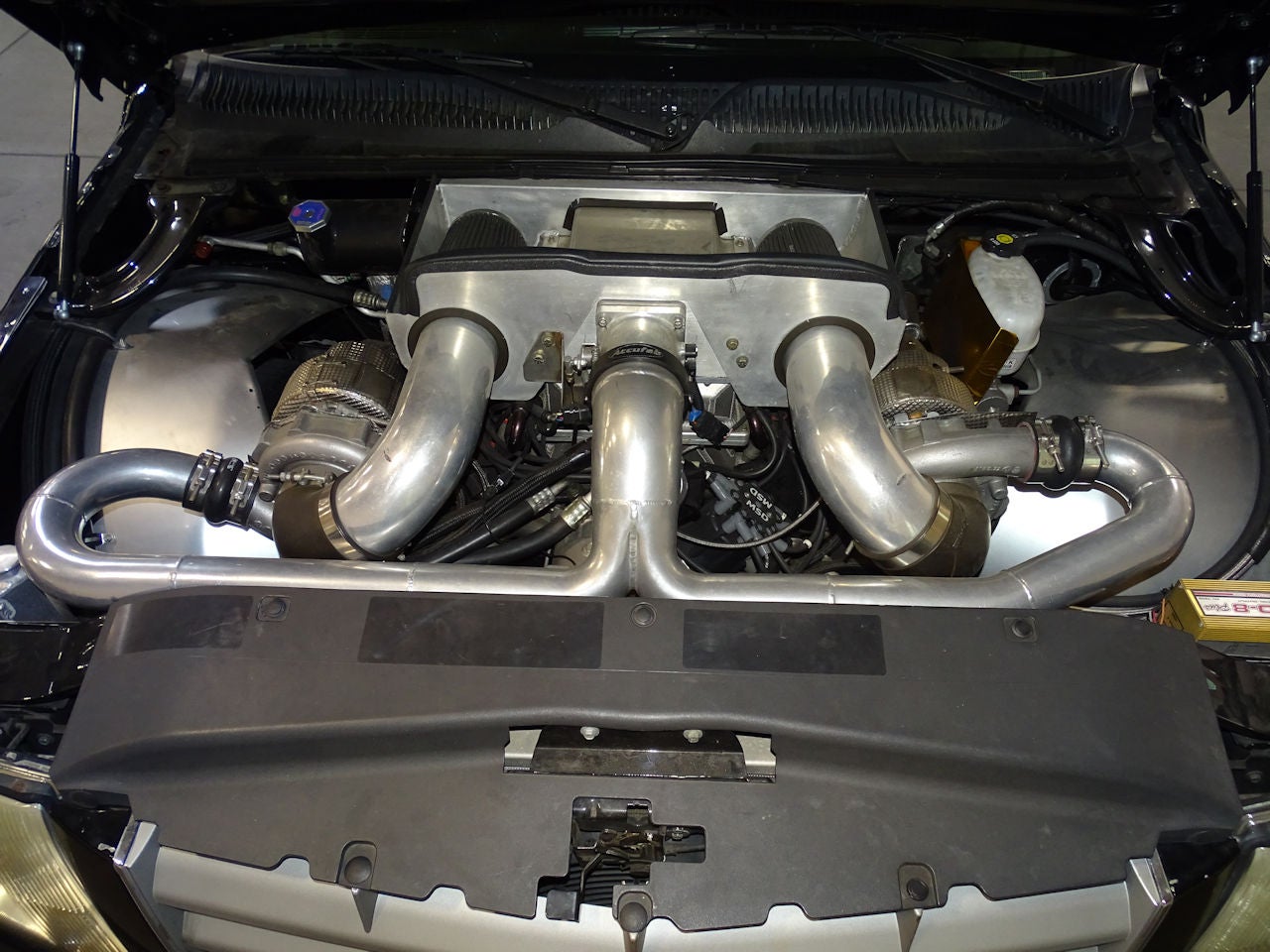 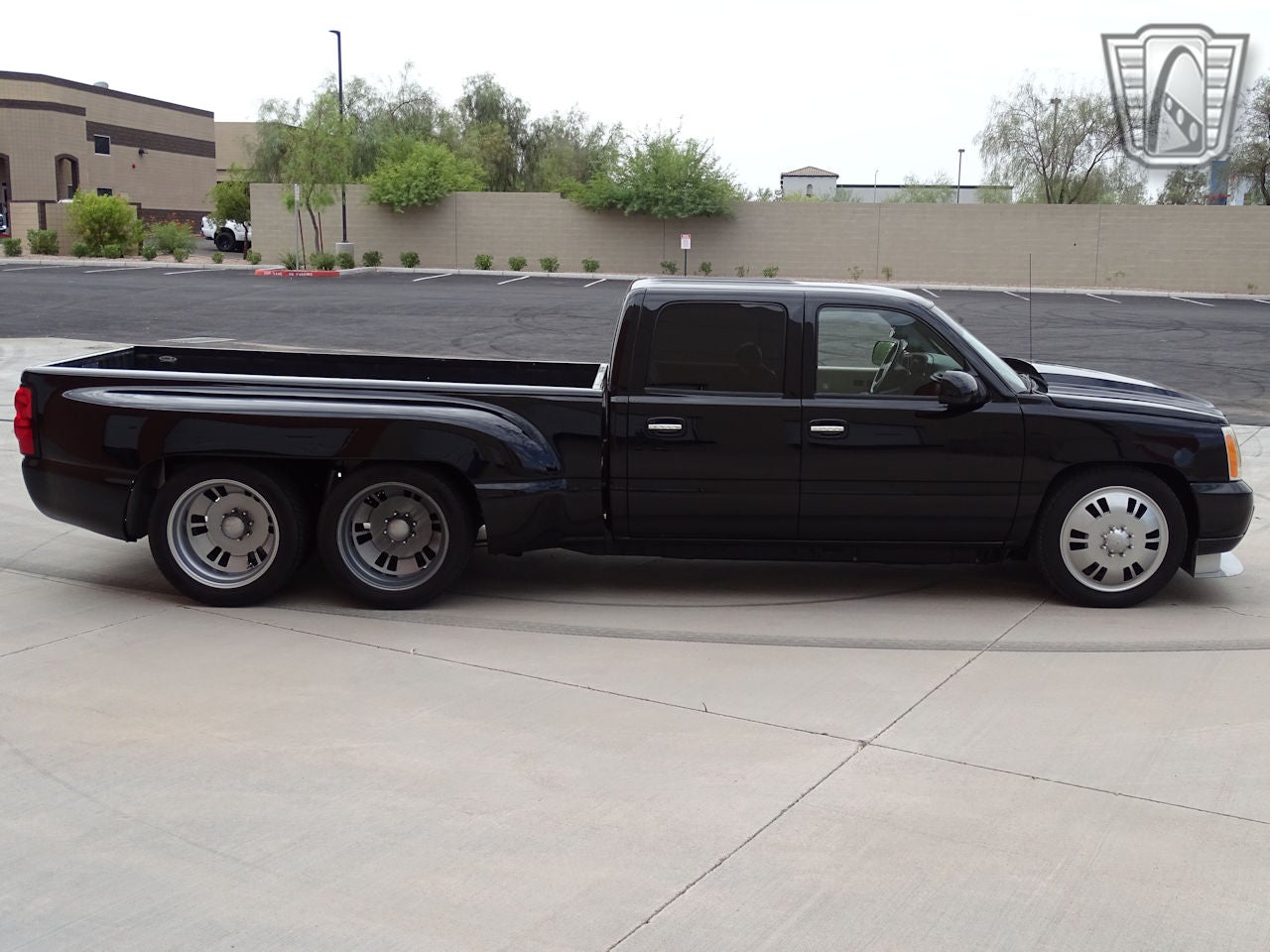 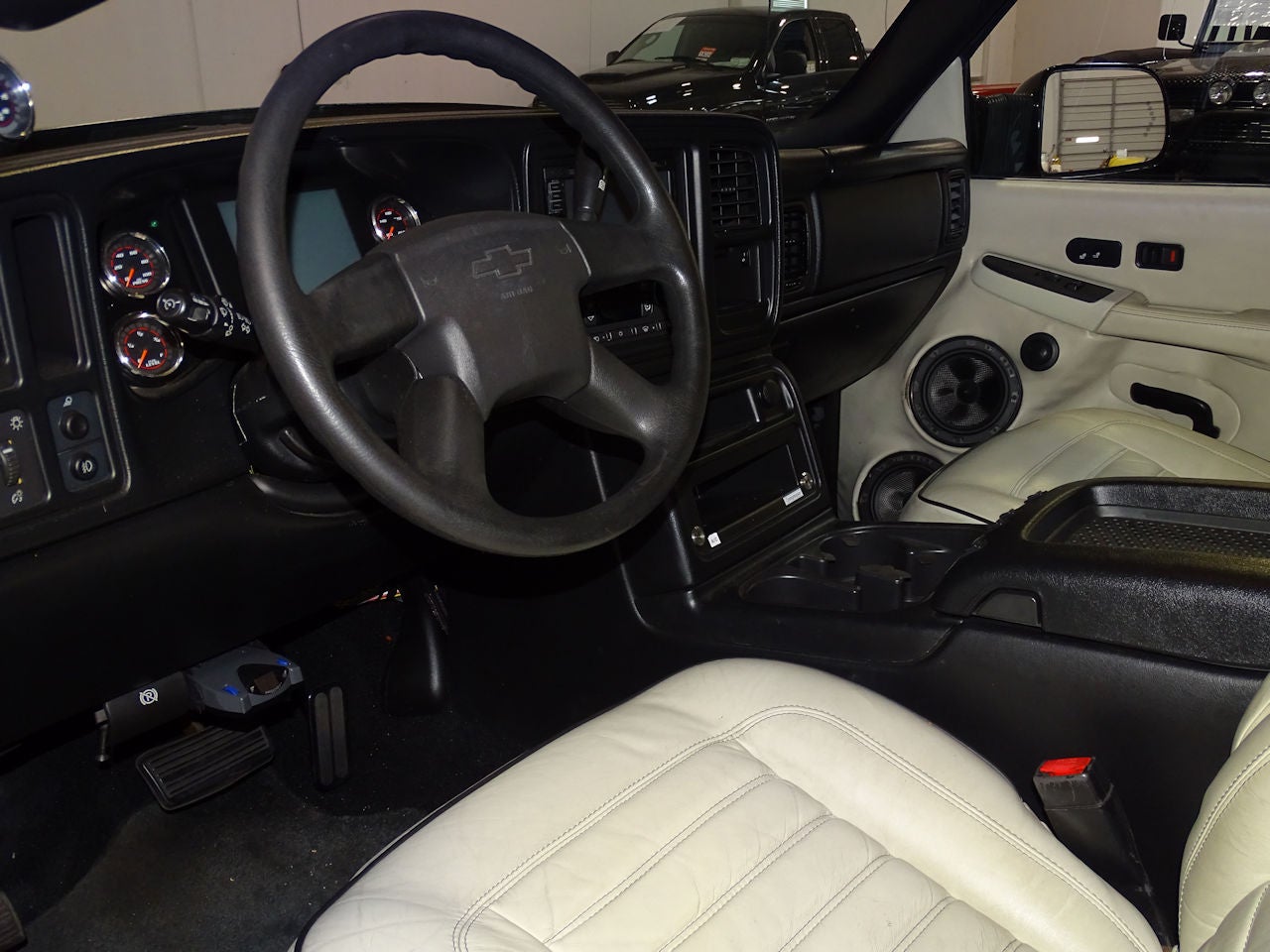 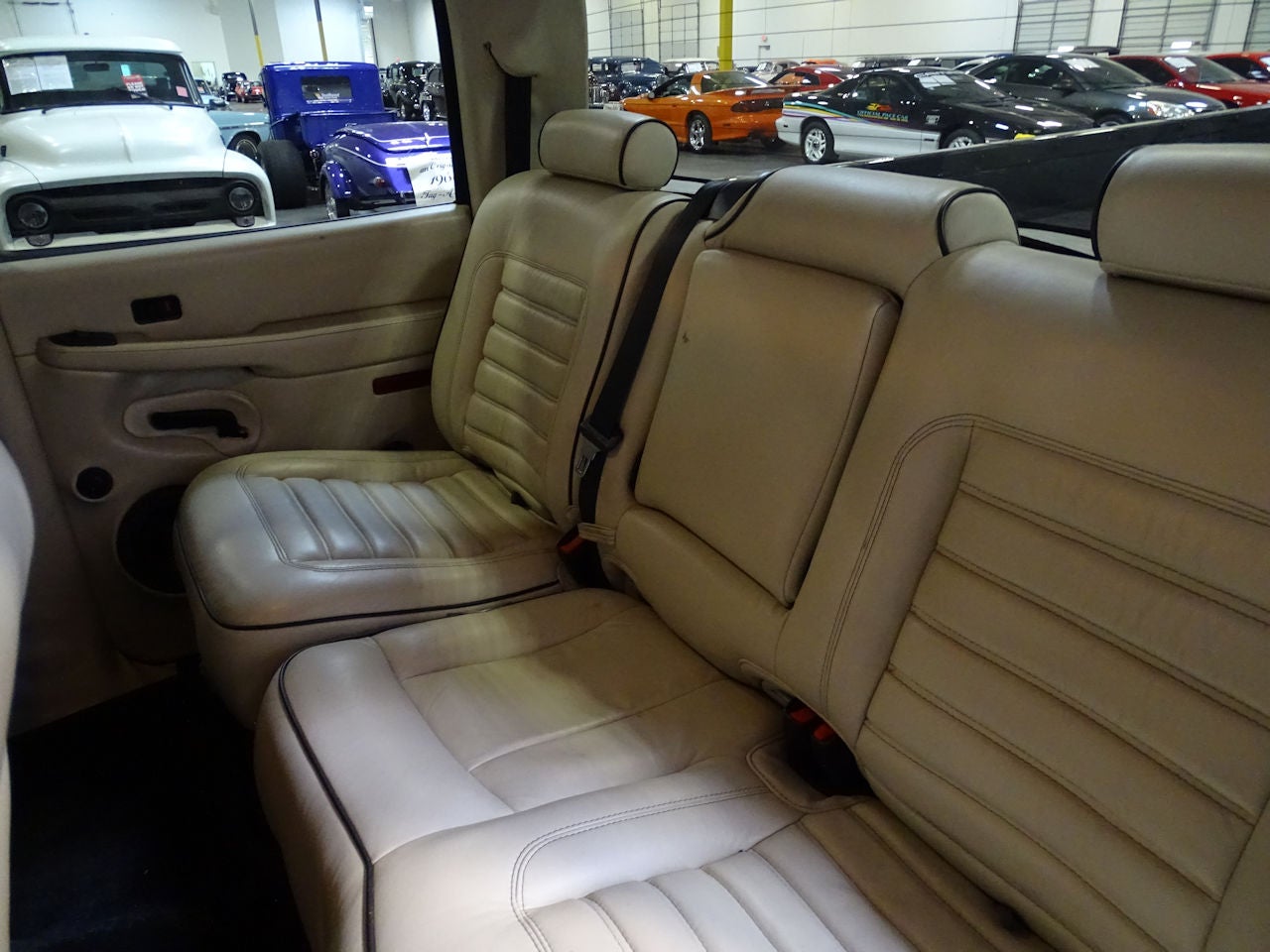 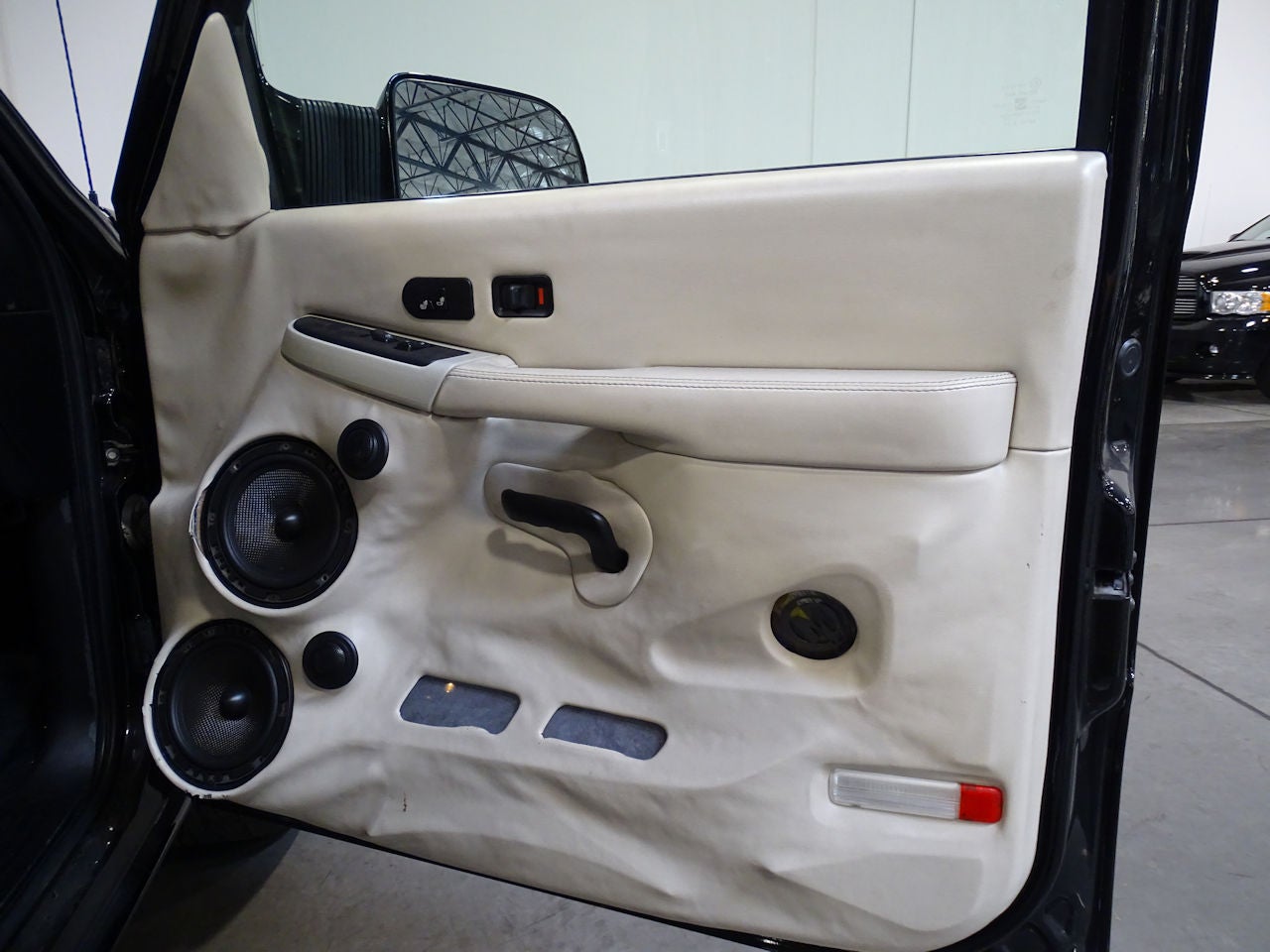 I’m uncertain whether its front axle is powered as well, as the seller included no underbody shots that’d tell us if there’s a differential up front. There’s no apparent 4×4 lever or switch in the cabin, so it’s probably rear-drive only. It’s also unclear whether there’s enough weight over the rear axle for it to really hook up, though eight tires probably make less of a problem. You can find out for me if you have $65,000 to spend, and a neighbor with a Ram TRX you want to upstage. Four-wheel drive and 700 horsepower probably looks cute next to eight tires laying down 1,400 horse.