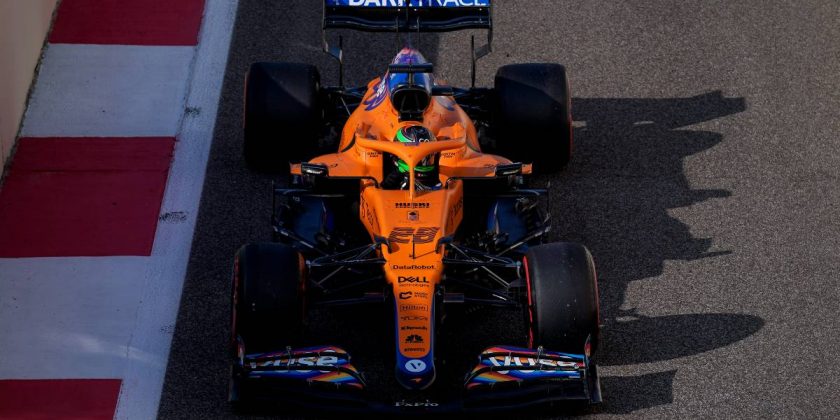 McLaren have indicated they will already have upgrades to their new MCL36 available at the first race of the 2022 season in Bahrain.

Teams are now approaching the finishing line in terms of getting their new cars prepared that will reflect a fresh era of Formula 1, the revised regulations having been designed to generate closer and more exciting racing.

Launch events are now only a couple of weeks away in several cases and the initial on-track running – unofficially testing – will take place in Barcelona from February 23-25.

The new cars have been created under a cost cap, which means teams have to be more prudent with their resources and streamline what they produce.

In an explanatory article on their website, leading into a Q&A with Piers Thynne, the team’s operations director, McLaren say this is the time of year when they have to be “flat-out delivering parts to pass the FIA’s homologation tests, construct a launch car, prepare for winter testing and have upgrades (and spares) ready to go at the first race”.

Thynne confirmed upgrades are planned for the season-opening Bahrain Grand Prix on March 20, compared to what will be on the MCL36s driven by Lando Norris and Daniel Ricciardo in Barcelona and in official testing at Sakhir the week before the first race.

“We know performance at race one is critical, and we will deliver an upgrade package to that event – but we expect much more to follow,” said Thynne.

“Building the MCL36 to the new regulations is a significant burden, but it is perhaps more the cultural change of doing some things in a different way.

“We are very keen to be as late as possible and as lean on stock as we can be to ensure there is opportunity to deliver upgrades in sync for race one.

“We are manufacturing fewer [spare] parts. That, again, is a cultural shift, but it will allow greater flexibility to consider upgrades.

“It’s a difficult trade to make but we will have smaller quantities of parts available for the ’36 than we had for the ’35M, to have room in the budget to deliver more performance.”

“Every pound counts and we have to make sure we are spending wisely.”