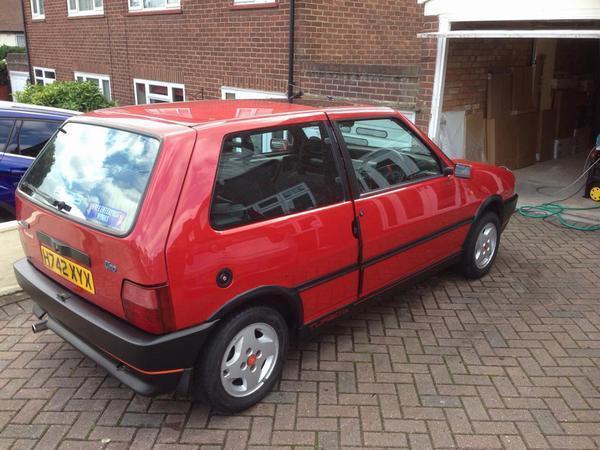 These days Fiat’s hot hatches tend to be as tepid as two-day old tea – but the same couldn’t be said when it launched the original Uno Turbo back in 1985. Its 1.3-litre engine – 1,299cc initially, but increased to 1,301cc to take advantage of higher speed limits on Italy’s motorways for cars in excess of 1,300cc – boasted Bosch multi-point fuel injection, sophisticated Magnetti Marelli electrics and a water-cooled IHI turbocharger. The result was 105hp and 108lb ft of torque, which in terms of power-to-weight were comparable with the likes of the Fiesta XR2, 205 GTI and Golf GTI.

The Uno Turbo’s lowly 845kg mass was thanks in part to weight-saving features like a fibreglass tailgate (with integrated spoiler, of course) while the Giugiaro-styled body boasted a drag co-efficient of just 0.34. Disc brakes replaced drums, the suspension was lowered and uprated, and 13-inch alloy wheels with Pirelli P6 tyres were standard fit. All of which meant that, while a common or garden Uno ran out of puff at 87mph, the Turbo could hit 62mph in 8.4 seconds and keep going all the way to a whopping 124. 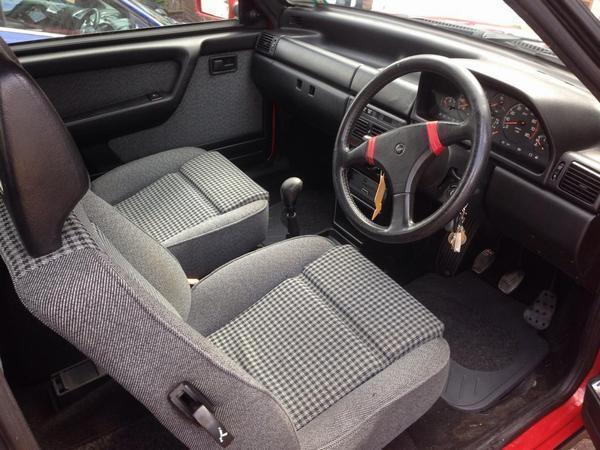 Inside, buyers found sports seats, red carpet and seat belts and, in rare circumstances, an optional – and very cool – digital instrument panel. By 1989, though, the Uno needed a facelift to keep up with more youthful iterations of its rivals, and the Turbo followed suit.

Displacement was increased to 1.4-litres, an upgraded Garret T2 turbo was installed along with Bosch LH Jetronic fuel injection and the aerodynamics were improved further still. Outputs of 118hp and 122lb ft of torque were the result, with a 0-62 time of 8.3 seconds if you could work the five-speed manual transmission quickly enough, and a new top speed of 127mph. 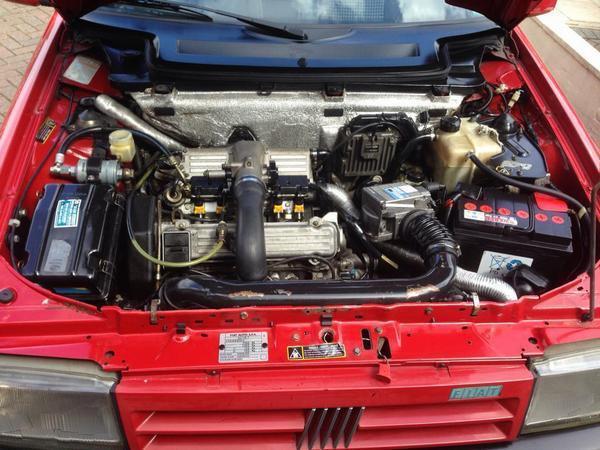 That combination of low weight, decent power and a well-sorted chassis is precisely what we have for you today. Sure, our Spotted may be a little leggy at 121,000 miles – this is still a Fiat, remember – but with only one owner and a full service history it looks to be in admirable condition. The paint is shiny, the plastic trim unfaded, and those seats look factory fresh; this is clearly a car which has been as well looked after as it has been used during its 28-year life.

It may not have quite the boxy charm of the first generation, and for £9,000 there are certainly plenty of valid alternatives, but if you’re in the market for a proper old-school hot hatch that stands out from the crowd, we can’t think of many less common machines we’d rather head out in.