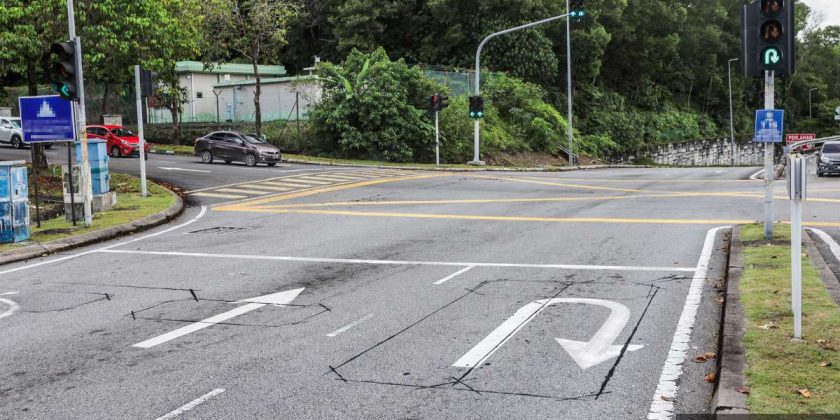 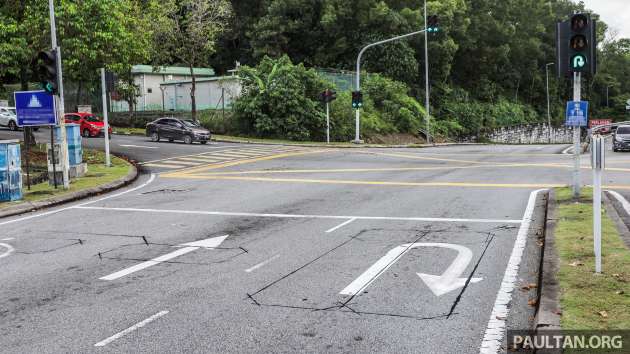 Perhaps it is a time of scorching sunlight at that time of day, as the case often is in our climate, and they have, in fact, stopped their vehicle some distance short of the white line to be stopped in a shadow, or it was a moment of inattention. Traffic from other directions at this junction has had their turn twice, maybe more, and the first driver – and everyone else behind them – continues to wait.

Why has the cycle of green lights passed them by? In stopping their vehicle some way short of the white line, they have unknowingly evaded the inductive loop detector that is located beneath the road surface, where the first vehicle in the queue would be.

An inductive loop detects large, heavy metal objects such as vehicles, and without vehicles above the inductive loop, the system that triggers a different traffic light cycle will not know to let traffic through.

Also note that in the images we have taken here, the inductive loops on two of the three lanes on this road shown are transversely oriented. If you are driving a considerably smaller car, or if you are on a motorcycle and you have overshot the loops – easier to do when said loops are transverse, and therefore occupy a shorter length in the direction of travel – there is a possibility that said loop will not be able to detect your vehicle, and let you through with a green light. So, being too far forward is no good, either.

Hopefully this has shed some more light on why a traffic light cycle doesn’t work the way we think it should. When you are driving the first vehicle in the queue at traffic lights, be sure to position yourself close enough to the front for detection.

Conversely, if you are stuck behind the vehicle in front, perhaps a couple of short beeps on the horn will suffice. Maybe a gentle wave of a hand to help signal to them. Don’t lean on your horn for too long, though, for that could have played a part in a much more animated kind of interaction.