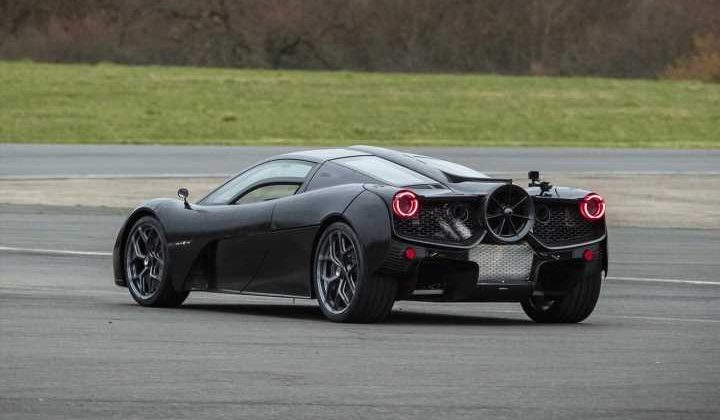 What’s that? Another teaser video of the much-anticipated Gordon Murray Automotive T.50 supercar? You bet it is.

We’ve been waiting on the three-seater, V12 T.50 hypercar since it was revealed in August 2020, and since then, a few gentle teasers have been released to us mere mortals; slowly slowly catchy monkey… April saw the T.50 being tested “around Le Mans” – i.e., on a dyno – but now, we get to see it in proper action, taking on the figure-of-eight circuit made famous from that little BBC2 motoring show.

Mr. Murray himself is at the helm this time, and although the footage is pretty rudimentary, it gives more than a whiff of what these beauties will look – and sound – like. Headphones mandatory.

The XP2 and XP3 prototypes are given a blitz of the Dunsfold track, with a group of engineers with laptops on hand for all the important things like making graphs and talking about coefficients. Shots from the interior GoPros show the three-seat design of the interior – with Professor Gordon up front and space for two behind – and hint at the style of the front display panel. Definitely a large digital screen, no doubt. The array of cables and plugs show it’s still in its prototype design stages, so we doubt the snazzy Smartie-style steering-wheel buttons will make it to the final car.