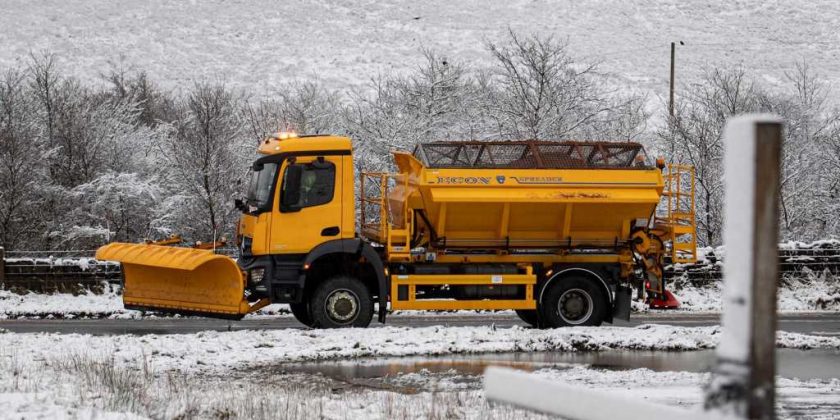 Every holiday season, American children can keep tabs on Santa’s deliveries by way of the North American Aerospace Defense Command (NORAD), the United States’s missile defense tracking site buried in the Cheyenne mountain outside of Colorado Springs. The watchful folks of NORAD, who otherwise spend their time waiting to alert us all of incoming missiles, hellfire, and other terrifying air and sea threats, instead use America’s formidable aerospace detection equipment to “track” Santa Claus and his sleigh as it hopscotches around the country on Christmas Eve. In Scotland, there is no NORAD Santa Tracker—instead, children (or, well, anyone) there can follow along with the Trunk Road Gritter Tracker, a real-time, Scotland-wide snowplow tracer. It’s true.

We have no on-the-ground reporting to confirm whether or not Scotland’s children feel any jealousy toward American children over all this. After all, tracking snowplows as they shove cold precipitation around Scotland’s roads seems like the winter-stuff-to-track equivalent of a Nintendo Game Boy Color. The NORAD “This-Santa-Tracker-Brought-To-You-By-the-Cold-War-Military-Industrial-Complex” version is like a brand-new PlayStation 5. But here, Santa’s sleigh is just, well, Santa’s sleigh. In Scotland, the plows not only are referred to as “gritters” (which brings to mind the Philadelphia Flyers’ mascot, Gritty), they are given amusing names every year. Here they are, per the map itself:

So, a few things. First, the Scots love puns. Second, here in America, kids only get to track a single Santa, while the Scots get to watch over more than 30 Gritters. That’s kind of a win, right? Right?