Drag racing in the Southeastern United States has always been just a little bit different than other parts of the country. The cars and the drivers are tough, and the outlaw atmosphere is always strong. Crossville Dragway, in Crossville, Tennessee, has a long history with outlaw racing, and new owners Rick Wetherbee and Michael Newcome are bringing the outlaws back to the mountain with the Southeast 660 Showdown. Both of these guys have outlaw cars of their own, so it’s a passion that runs deep. 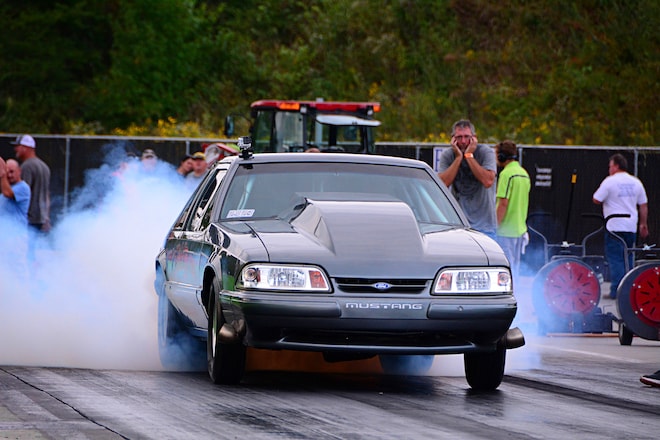 For the September Southeast 660 Showdown, weather played a factor in the overall car count, but there was still a great turnout of heads-up drag cars. Tim Kincaid was on hand making exhibition passes in his 1963 Corvette, which is prepared for the Radial vs. the World class. He clicked it off early, running a 4.23-second elapsed time right off the trailer. Other awesome machines on hand for the event were Jim Howe Jr.’s blown 1968 Camaro, which went on to win the Outlaw class with a 4.24 at 173 miles per hour in the finals. Scott Kincaid took the win in Limited Street, piloting his boosted Ford Mustang coupe. The Easy Street victory went to Paul Fritts with a nitrous fed small block Ford Mustang. The 6.0 index class was won by Chris Young in his vibrant orange Vega, while the 7.0 index class went to Mark Libby. 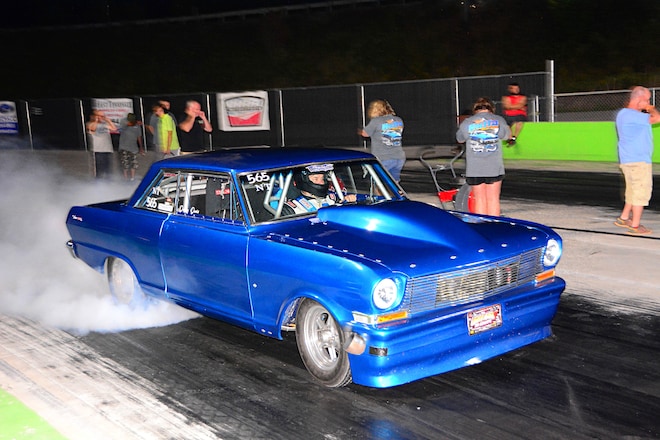 The Southeast 660 Showdown offered a wide variety of combinations, from all motor index cars, to the full gamut of power adders in the heads-up classes. We saw plenty of Mustangs as always, but there were also a number of unique combinations, including a back-halved Mazda RX-7, a four-door Impala SS outlaw car, and a few awesome Mopars thrown in the mix. We hope to see more of this action from Crossville Dragway in the future, but for now, let’s take a look at the highlights from the September 2018 Southeast 660 Showdown.