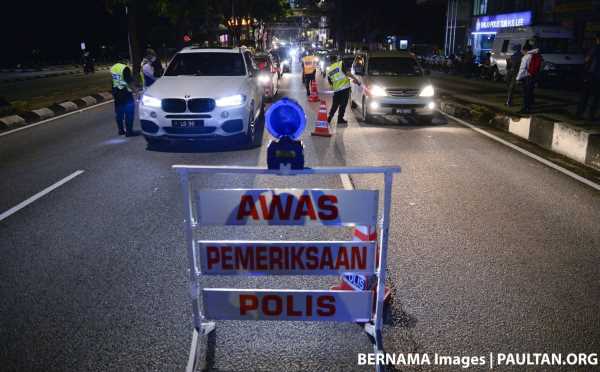 Earlier this week, it was reported that the transport ministry is working on amendments to the law that will see heavier punishment to those convicted of driving under the influence of alcohol and drugs. However, the reach of the updated laws won’t just be limited to these offences, as The Star reports.

According to transport minister Datuk Seri Wee Ka Siong, the move to amend laws for stiffer punishment on drink-driving will also include other forms of reckless driving. “Therefore, be it driving under the influence of drugs or alcohol or geng basikal lajak (modified bicycles) or mat rempits, any form of dangerous driving will be covered in the proposed amendments,” he said.

He said the issue of driving under the influence of drugs or alcohol had nothing to do with race or religion, but was an issue concerning personal safety. “Any final amendments to the Act are to impose more severe punishments against dangerous drivers and has nothing to do with race. To have more severe punishment against the perpetrators is to prevent more needless deaths,” he said in a Facebook post on the matter.

Amendments to Sections 41 to 45 of the Road Transport Act 1987 (Act 333) are expected to be finalised by mid-June and then brought to the cabinet for approval before heading to parliament to be tabled during the next sitting.

At present, Section 41 of Act 333 says that a person who is found guilty of driving under the influence can be penalised with a fine between RM5,000 and RM20,000 and/or a jail sentence from two to 10 years. Wee said that the amended laws will impose heavier penalties and longer jail terms on offenders.