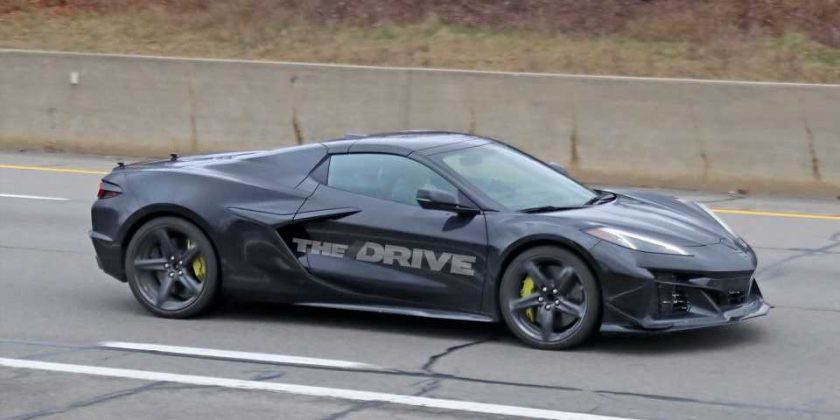 Leaks and rumors over recent years have made one thing clear: The C8 will be the first Chevrolet Corvette with a hybrid variant. The wait to see it might be over, too, as spy photographers have captured images of a slightly suspicious C8 believed to be the 2023 Corvette E-Ray.

The car in question was spotted in the Detroit metro area, this time not wearing heavy camouflage, but what looks like a mostly Z06-spec body. Its front bumper and side intakes are definitely those of the Z06, though its rear end looks like a mishmash of the high-performance model and base C8. The vents beneath the taillights, for example, belong to the flat-plane-cranked car, while the lower half of the bumper comes from the base model. As such, the exhaust exits out the corner of the car, rather than down the middle like the Z06. 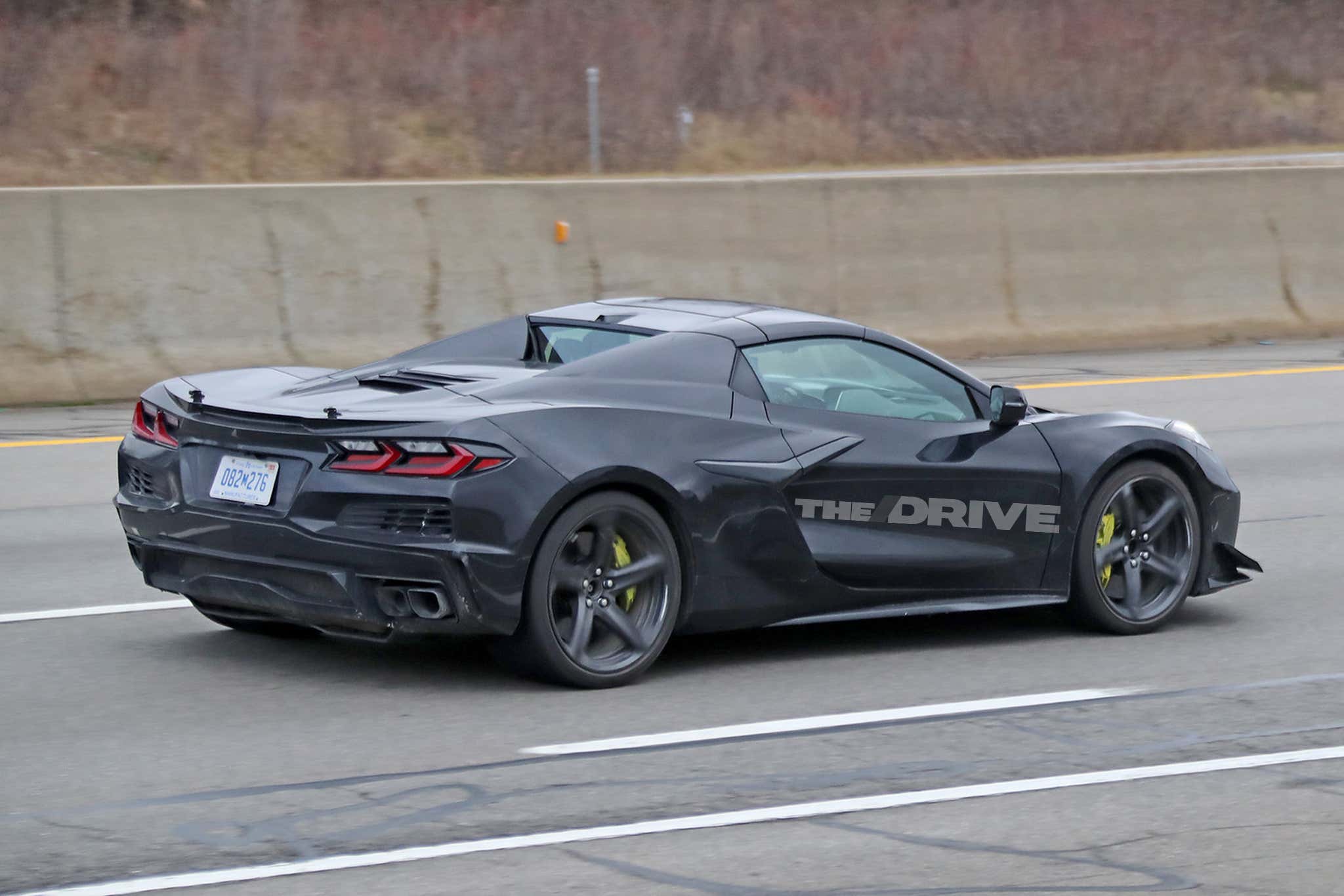 This would seem to indicate the car shown here is powered not by the miraculous 5.5-liter, twin-cam LT6 V8, but the Stingray’s 6.2-liter, cam-in-block LT2, whose exhaust is piped to the same place. The interpretation is corroborated by the testimony of the photographer, who told The Drive he pursued this Corvette for five miles, listening to its exhaust note and observing it to sound nothing like the Ferrari-esque Z06.

Coincidentally, this fits in perfectly with rumors of the C8 hybrid so far, which allege the car to be called the E-Ray. Multiple leaks have alleged this car will have an electric front axle and the 6.2-liter LT2 out back, making it the first Corvette to feature all-wheel drive from the factory. Total system output is reported to be 600 horsepower and 500 to 575 pound-feet of torque. 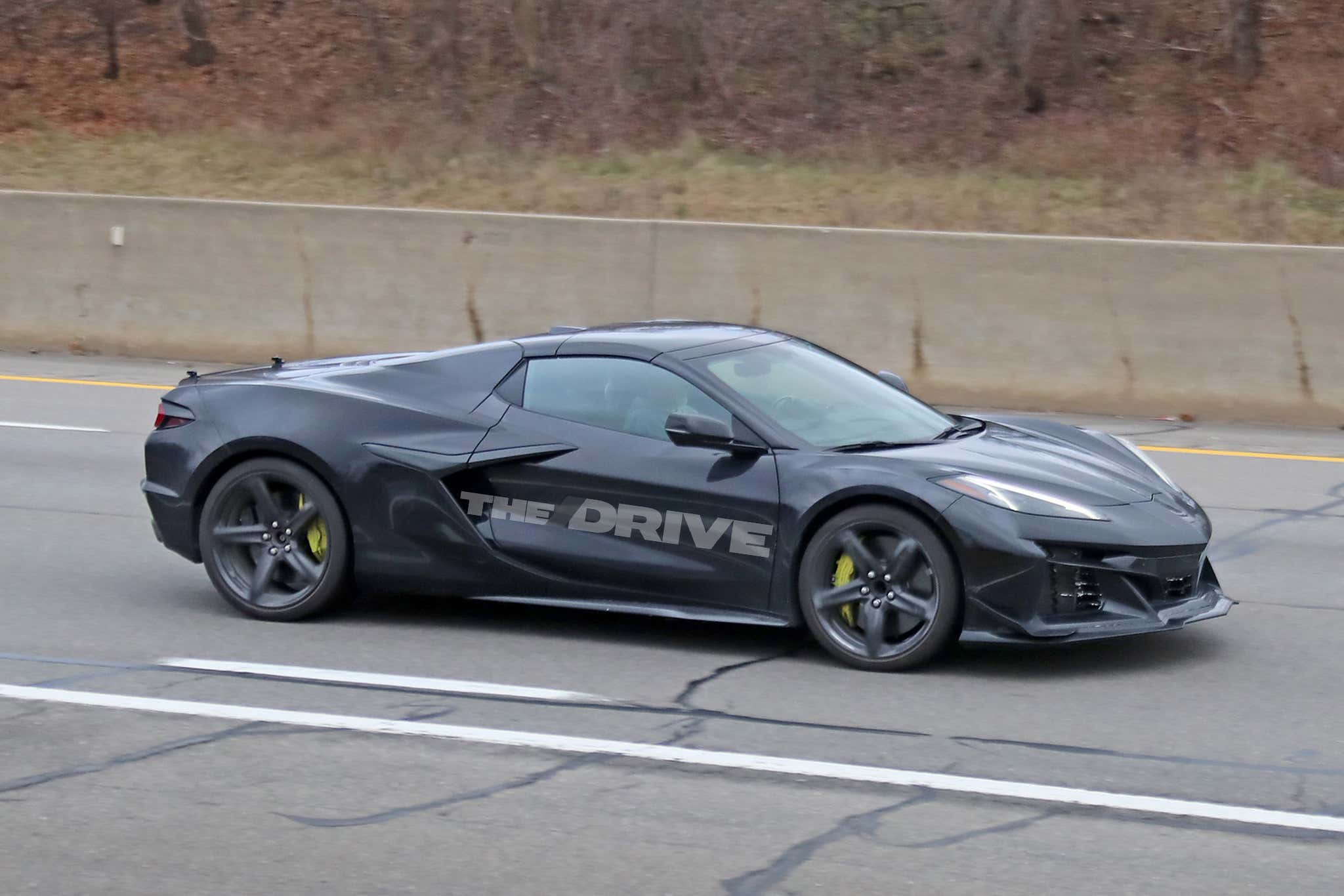 It’s a safe bet that we’ll all know more about the so-called Corvette E-Ray this time next year, if not already be seeing C8 hybrids out on the road. It’s a long shot, but so seemed the mid-engined Corvette in the first place, didn’t it?