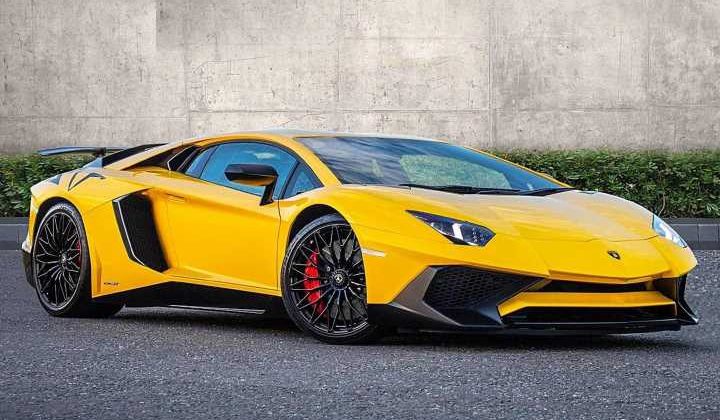 I’ve driven some pricey stuff over the years. A Jaguar XJ220 and Ferrari F40 are probably up there at the ‘definitely don’t dent it’ end of the spectrum, but they were dream-money classics by the time I’d got behind the wheel. I think the most expensive new car I’ve ever driven, still to this day, was back in 2015: the Lamborghini Aventador SuperVeloce LP750-4. They made just 600 of them, and each one would’ve set you back at least £321,743. Realistically, far more, even with just one or two choice options.

I am not normally given to fear behind the wheel, but the cost of that car was so high and the weather so abnormally terrible that, I will admit, I was mildly perturbed (i.e. properly terrified). I don’t tend to bend stuff, but that evening, as I was en route from Teddington to Liss in Hampshire, I got caught in one of those torrential summer storms. It was satanic. This wasn’t just rain; it was a drenching from the devil himself.

You know that scene in Ghostbusters – when Sigourney Weaver gets possessed and the sky clouds over? It was worse than that. It was like the sun had suffered a power cut. Somewhere, beyond that black band of cloud above me, I presume it was still beaming, but there was precious little evidence of that down on the A3. Together with the thick spray being whipped up by the numb nuts who seemed to think this wasn’t a reason to duck below 90mph, I could barely see more than twenty feet in front of me.

What I remember most from that day wasn’t the noise of the V12, or what 750hp and 507 lb ft of torque felt like. Nor was it whether the 50kg that the SV shaved off the LP700’s kerb weight really did make a difference. What I remember most clearly, and rather ironically, was how utterly crap the headlights were. And second to that was how skittish it felt, even though I was treating it with kid gloves made from recycled Care Bears.

The next day the weather did a complete 180. Oh boy, the sky was blue, the road was parched and the temperature balmy. The perfect SV weather – what could possibly go wrong? “Just a quick stop for fuel,” I thought and…graunch! The underside side of the front splitter rammed into the exit ramp of the fuel station. For crying out loud. Luckily, there didn’t seem to be any damage – Lamborghini Press Office, if there was, I am sorry.

After that, though, everything just slotted into place. I had one of the most fantastic drives in one of the most memorable cars I’ve ever been in – regardless of cost. That engine. That noise. That 2.8 seconds to 62mph. That buzz through the steering. That rawness in the cabin. And the looks I got. Yes, the big Lambo seemed to make everyone happier on their commute that morning, including me. Especially me.

I even loved the gearbox, by the way. You’ll hear people moaning about how slow and antiquated that semi-automated gearbox is, but I rather liked it. Backing off the throttle between changes is interaction in my book, and we never stop banging on about that with a manual. Think of it as 50 per cent less interaction than that. Or, if you’re glass half-full, 50 per cent more interaction than a PDK.

People talk about the madness of Lamborghinis yet, headlights aside, I didn’t find the Aventador SV mad. It was intense and an event, though – one that I’ll never forget. That’s why seeing this one made me smile, and why I just had to write something about it. Plus, at £269,500 – with less miles on the clock than the ‘new’ one I drove – it’s now an absolute bargain, don’t you think?