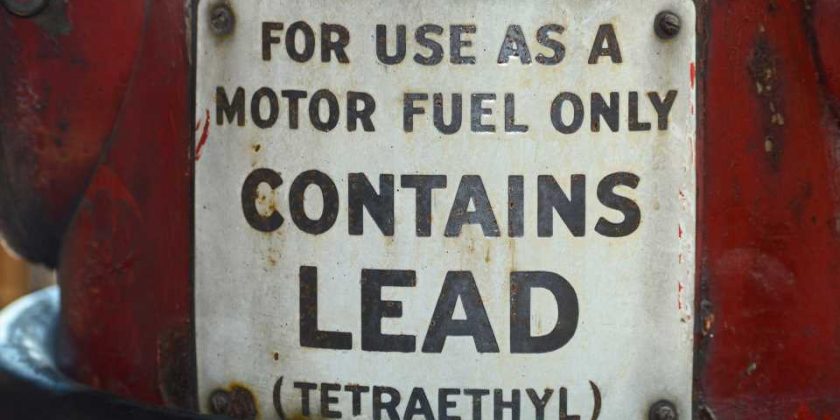 There isn’t a lack of evidence proving that lead is bad—especially for the environment and the human body. Its usage is banned from a myriad of products that were once common, such as paint, children’s jewelry, and more relevant to us, gasoline. Despite most of the developed world phasing out leaded gasoline in the 1970s, some countries carried on long past that. Most notably Algeria, which continued to use leaded gasoline until July of this year before finally draining its supply, the UN announced this week. 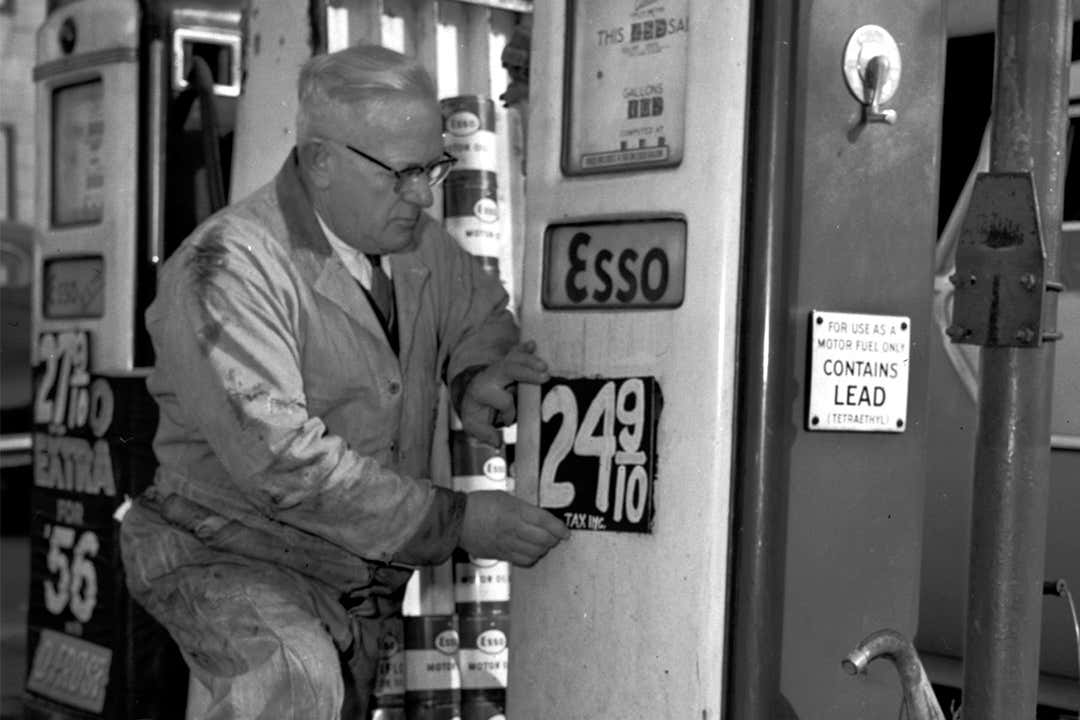 It seems almost impossible that some nations were still filling up with leaded gasoline in 2021, but it’s true, at least for 44 million people in the North African country. Now, it’s officially banned from public roads in every country on the planet—mind you, it’s still being produced for use in off-road vehicles, race cars, planes, farm equipment and more. But in order to understand why getting leaded gas off the street was so difficult, we should take a trip back in time to follow a long line of misinformation, lobbying, and bad decisions.

Born in a GM Laboratory

While the benefits certainly sound good, the obvious health risk of anything with lead certainly doesn’t. Almost immediately after going to market, the U.S. Assistant Surgeon General issued a public health warning about the potential adverse effects, though it fell on deaf ears in corporate America.

Midgely was later credited with developing some of the first chlorofluorocarbons (namely Freon). Together, the two then-revolutionary discoveries helped earn him several medals from the American Chemical Society, two honorary degrees, and almost a century later—the stain of how harmful the two chemicals were later recognized to be.

Later that decade, Shell Oil focused on selling ethanol-blended fuels in the U.K. branded as Cleveland Discol. The fuel was cleverly marketed as helping an engine “burn cleaner,” which helped ignite the public focus on ethanol over lead—even as far-reaching as Henry Ford.

Then the Great Depression arrived. Henry Ford, who grew up on a farm in Michigan, began working with farmers to explore the potential of turning crops into industrialized products. The idea was to involve America’s agricultural industry (which was already struggling as the previous wartime economy favored steel) in the production of modern products. One such innovation would be the infamous Soybean Car, but another would be Ford’s lobbying for the use of ethanol, as it could be derived from excess grains.

Industry trade groups like the American Petroleum Institute got word of this and began pushing back. It claimed that the auto industry, despite Ford’s push, would be harmed due to the cost uptick of ethanol-based fuel and that it would open the door for new avenues of prohibition-era alcohol fraud by bootleggers (prohibition would end later that year in 1933). Eventually, the grain industry began lobbying for the use of ethanol.

By the early 1970s, the harm of leaded gasoline finally resulted in action from the forceful hand of the Environmental Protection Agency—just in time for the newly emerging oil crisis.

“Looney Gas” Is Bad for You

From neurological damage to causing cancer, the human body is no friend to this heavy metal. While this is clear now, things were much more debated back then, and campaigns of misinformation ran amuck.

When lead became an ingredient of gasoline, it also became a byproduct of the combustion process; an emission. This turned the two to three grams of lead found in every gallon of gasoline into an aerosol emitted from the tailpipes of vehicles, and this went on for decades. People breathed these particles or ingested them from foods grown in soil where the lead had settled, leading to serious health problems.

During the development of leaded gasoline, two workers from the Dayton prototype refinery reportedly died from exposure to lead-laced vapors while manufacturing TEL. Midgley later took time off for symptoms mirroring lead poisoning. 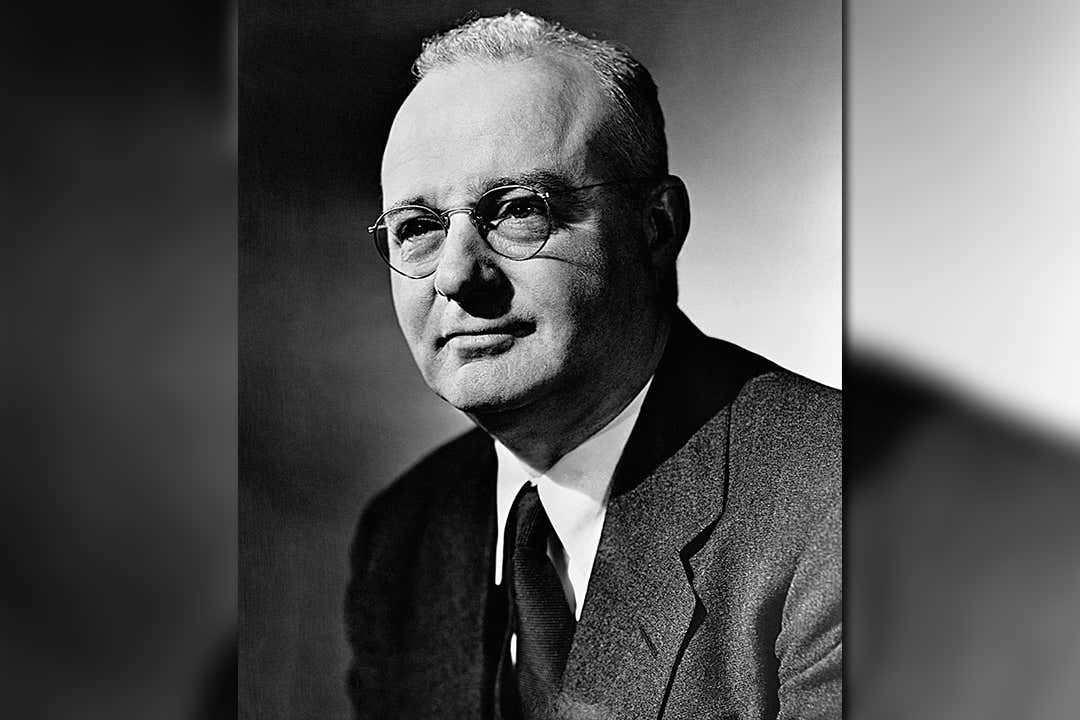 GM eventually partnered with ESSO (now Exxon), a spin-off of John D. Rockefeller’s Standard Oil company, to manufacture, market, and sell TEL under the Ethyl Corporation name. In 1924, it built the Bayway Refinery in New Jersey, and of the plant’s 49 employees, 32 would reportedly end up in the hospital at some point during the plant’s operation.

It gets worse. Five men who worked in “the looney gas building” (which got its name due to the vapors causing significant, rapid mental deterioration) eventually died.

Their bodies were taken to Manhattan’s first appointed medical examiner, Charles Norris. Norris and his chief chemist Alexander Gettler determined that the men had inhaled TEL vapors, which were not filtered out by their masks. The deceased had developed large concentrations of lead deposits in their lungs, bones, and brain, which ultimately led to insanity and eventual death.

A Problem for the Future

Following the publishing of Norris and Gettler’s findings, urban centers began banning the sale of gasoline with lead-based additives. New York City, New Jersey, and Philadelphia, to name a few.

The U.S. Surgeon General called for a probe into leaded gasoline. Gas station attendees, drivers, and automobile attendants showed trace amounts of lead in their blood, though it was determined to be at a safe level, so the risk was determined to be minimal. Health officials ultimately came to the conclusion there was “no danger” to add lead to gasoline, so as long as the workers were protected during manufacturing.

The officials did note that the study should be revisited as the U.S. highways became more populated, as lead could “constitute a menace to the general public after prolonged use.” Or in other words: that’s not our problem right now, that’s future America’s problem.

And it was. The manufacturing of TEL was allowed to resume following a short pause, and the governments which banned the sale of leaded gasoline additives eased up on restrictions. 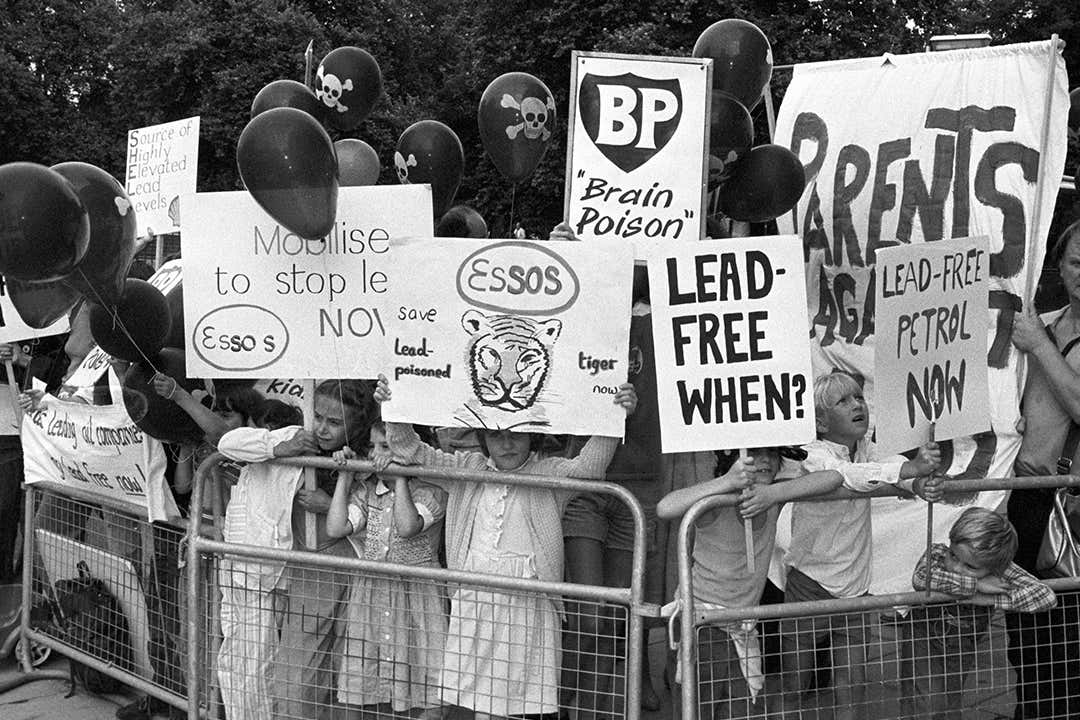 It wasn’t until 1996 that leaded gas would be fully banned in the U.S. in accordance with the Clean Air Act. This occurred even later in other industrialized nations. The United Nations Environment Programme spearheaded this effort in most of the world since 2002, and a significant chunk of its efforts was convincing countries that it was worth paying slightly more.

Still, it’s impossible to deny that leaded gasoline has wreaked havoc in the short time that it was available in the United States, even outside of the manufacturing process. The World Health Organization has recognized the toxicity of lead and notes that the removal of lead from gasoline resulted in a 90 percent reduction of lead in blood between 1976 and 1995.

Perhaps even more off-the-wall is the link between lead exposure and crime. Some studies suggest that childhood exposure to lead, specifically the byproduct of leaded gasoline, resulted in delinquency later in life, potentially explaining crime spikes in the ’80s and ’90s.

It might not seem like it today, but our reflection in the history books may not be much better than Midgley’s, especially with the rise of electric cars. Gasoline is no lead, but it’s not exactly good for the body or the environment either. Then there’s the inescapable fact that despite the global ban for road use, leaded gas continues to be produced for those speciality uses listed up top. When will the bell toll for vintage race cars and piston planes?