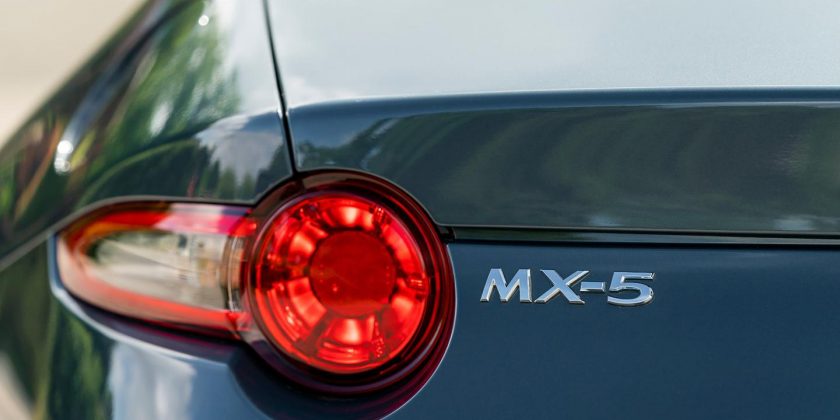 They say time flies when you’re having fun, and the ND Mazda MX-5 is the perfect case in point. We’ve all been so jolly about having a 1,000kg, naturally aspirated, rear-wheel-drive roadster around that the fact it’s almost seven years old has passed us all by. But with the last update coming in 2018 – and the Toyota GR86 arriving in a matter of months – now is probably as good a time as any for Mazda to spruce up its perennial favourite.

The most significant change for the 2022 MX-5 is the introduction of something called KPC, or Kinematic Posture Control. It’s fitted to all models, and sounds a lot like similar brake systems that aim to reduce untidiness on the driven axle. Mazda tells us that the KPC system very gently brakes an inside wheel going around a bend. Or, more specifically: “The KPC system applies a very small amount of brake force to the inner/unloaded rear wheel during cornering, the resulting brake force pulls the body down, suppressing body roll to provide more reassuring cornering so subtly that the MX-5’s engaging handling remains unpolluted.”

Obviously this is all about better balancing the car’s very accommodating ride quality with the duress of going round a corner quickly, and is likely the result of customer feedback given the occasionally wayward nature of the little Mazda compared to more hunkered down stuff. Here’s hoping it lives up to the billing, especially in conjunction with the limited-slip diff on the more powerful models.

Speaking of which, both the 1.5- and 2.0-litre MX-5s continue over unchanged for this latest facelift. No bad thing, really, as both engines deliver exactly what a small, light roadster deserves: just enough power, a revvy nature, and an eager soundtrack as well. They offer either 132hp or 184hp, and manual or automatic gearboxes – though the latter only with the 2.0-litre Retractable Fastback model.

With 10 models in total for 2022 – two trim levels for each engine for the convertible, then the same again for the RF plus a pair of autos – MX-5 buyers won’t be short of choice for their new car. However, any searching for additional surprise and delight for this update will be disappointed; inside and out, this is the same model that went before. On the one hand, the MX-5 still looks great, but this isn’t the sort of overhaul to entice new buyers in.

Mazda UK MD Jeremey Thomson said of the car: “The MX-5 is Mazda’s brand icon and it embodies all that is great about our products. Its fun to drive character has strengthened the bond between Mazda and its customers for more than 30 years and the 2022 model continues this unswerving dedication to delivering an affordable, engaging, world-class sports car.” The 2022 MX-5 is available to order now, price from £24,755. The 2.0-litre cars begin at £28,790. In the current situation, there’s not even much to save on a used one, but those who can go without KPC – or the new Platinum Quartz Metallic – might be interested in this grey GT Sport Tech, available for £26k with 700 miles.