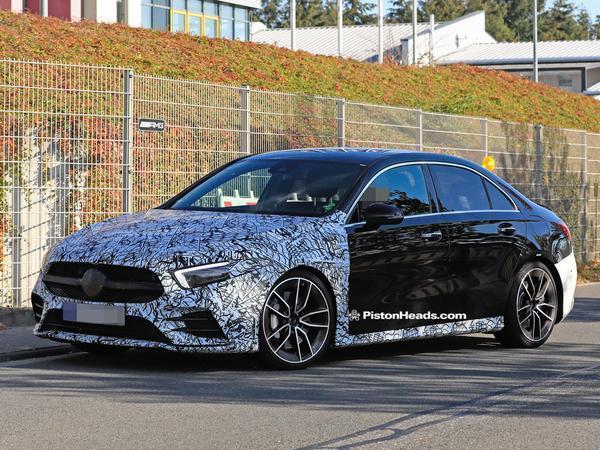 It hasn’t taken long for the boffins at AMG to turn their attention to the A35 saloon. Just two weeks after the wraps were pulled off the A35 hot hatch in Paris, a development version of its sleeker sibling has been spotted at the Nurburgring, providing an early glimpse of Affalterbach’s first rival for the Audi S3 saloon.

Underneath the new model will use the same 4Matic running gear as the A35 hatch, which, as you’ll know, essentially makes it a tamed version of the upcoming A45. But the A35 uses a 306hp 2.0-litre twin-scroll turbo engine with different internals to the next A45’s circa 400hp motor, meaning it is technically unique – and, more importantly, cheaper to make. 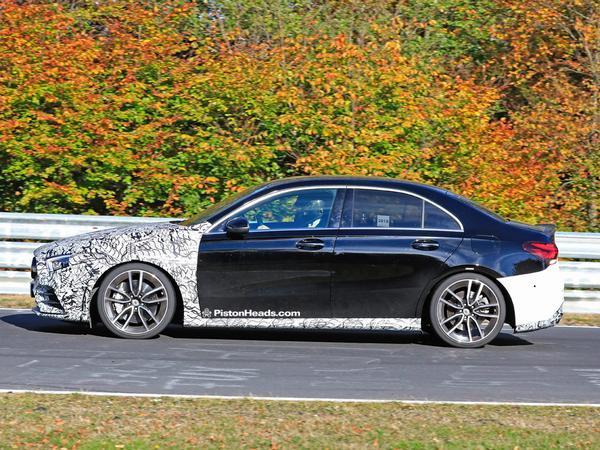 Nevertheless, even with this entry-level AMG status, the A35 hatch is still suitably rapid. 62mph comes in 4.7 seconds and its top speed is limited to 155mph. Don’t expect any major changes with the saloon, so it should rank almost directly alongside the four-door S3 – obviously no coincidence – and provide ‘junior A45’ performance on the road.

Why would you opt for a saloon over the hatch, given that it’ll be pricier? The saloon is expected to retain a more conservative, mature look than the hatchback, which is backed by the sighting of today’s test car, so it might appeal to a different sort of customer. Plus, it is almost certainly going to be rarer than the hatch, given that the saloon market is declining and S3 saloons are few and far between. That should up appeal.

The A35 hatch is due on roads at the start of 2019, so it’s fair to expect the saloon to follow a little later in 2019. Those not content with sub-400hp AMGs won’t have to wait long for the full-blown A45 models to arrive. They will use a version of AMG’s 2.0-litre engine so potent that it looks set to have the highest specific output for a production engine in the world, beating even the McLaren Senna’s 800hp V8. 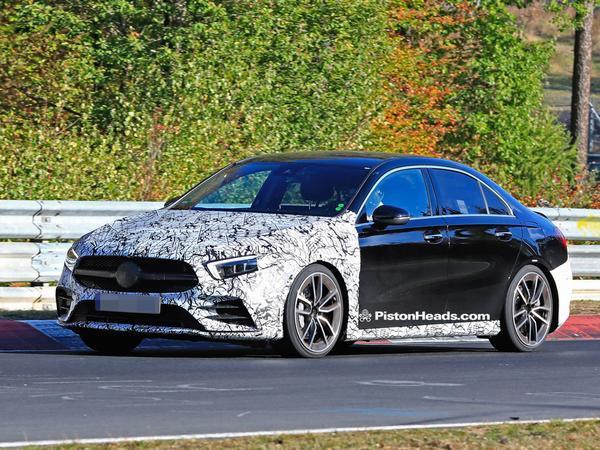 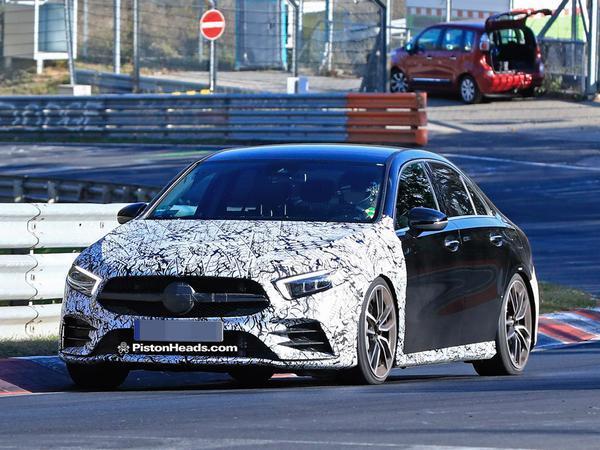 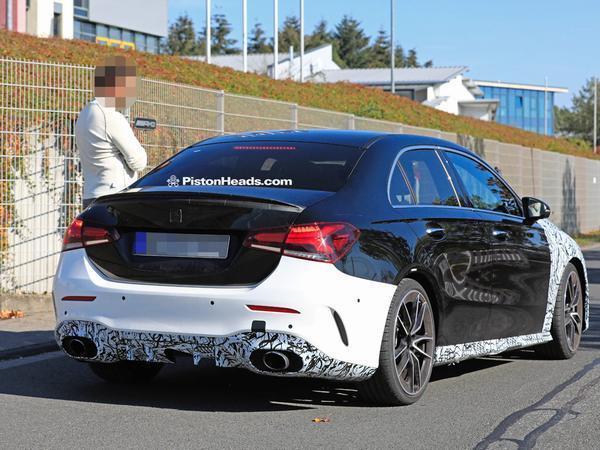 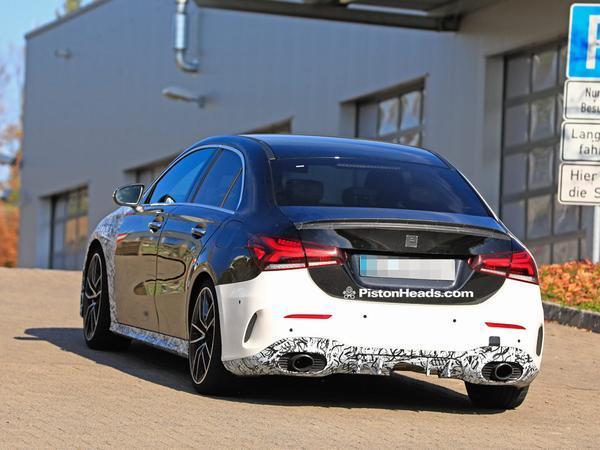 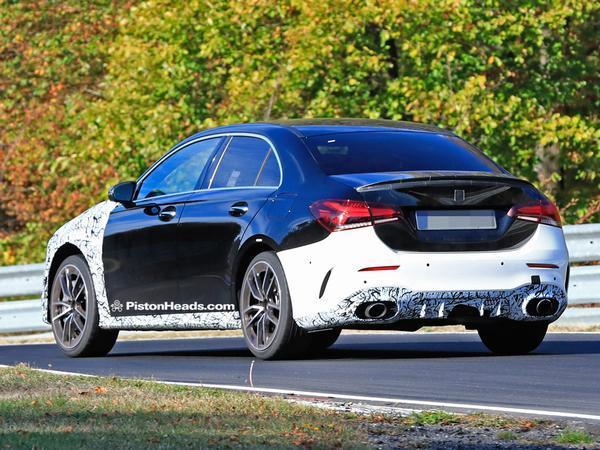 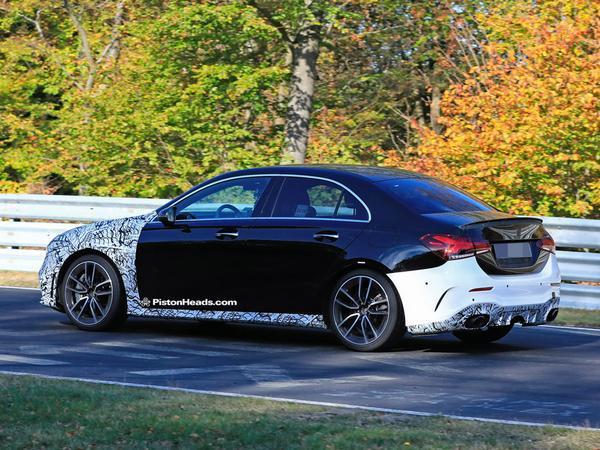