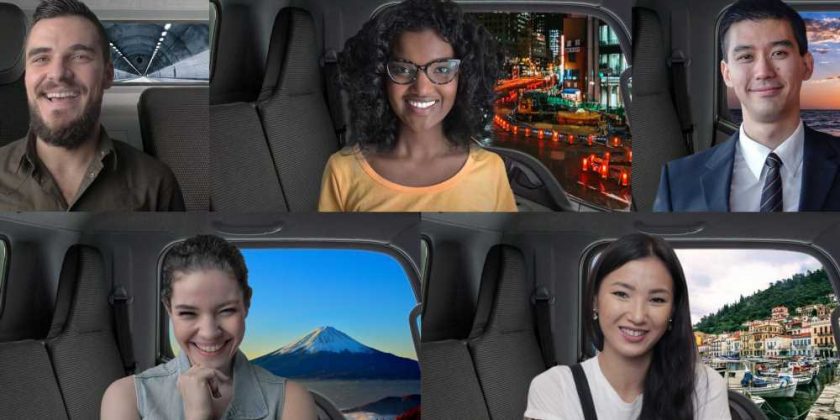 As I’ve learned from filming 24 Hours of Lemons race-recaps via remote video-conference apps, video meetings rank up there with the worst aspects of this virusy year. Wouldn’t those meetings go by more quickly if we could feel as though we’re all sitting in the cab of a brand-new Mitsubishi Fuso Fighter medium-duty truck, parked in a picturesque location in Japan? Well, now that’s possible, thanks to the helpful folks at Mitsubishi Fuso!

You can buy the Fighter in North America, along with the heavy-duty Super Great, but their names here are so boring that you’ll forget them instantly. For this reason, it’s just as well that the Fuso Fighter background images don’t show, say, the Grand Canyon or Bourbon Street.

A few decades back, I had a job delivering tropical fish to pet stores throughout Northern California, using a Ford Econoline van, an Isuzu P’up Diesel, and a Mitsubishi Fuso box truck. Of those three, the Fuso was by far the most comfortable, though its top speed of 54 mph (lower if facing a headwind) caused frustration to other drivers on highways. The film selfie above shows my fish-laden Fuso lumbering placidly across the San Mateo Bridge.

I think the best of the five “Cabin Concall” images is this one, showing your Fuso Fighter parked by a nighttime road-construction site in the Shinjuku district of Tokyo. Normally, this scene in Shinjuku would be crammed with thousands of hustling pedestrians and swarms of kei trucks, but this image seems soothingly calm.

If you want to be a bit edgier, you could give your remote coworkers the idea that you’re sitting in the driver’s seat of a Fuso Fighter parked in a traffic lane of a highway tunnel. Be sure to tell them not to worry, you’ve got the hazards flashing.