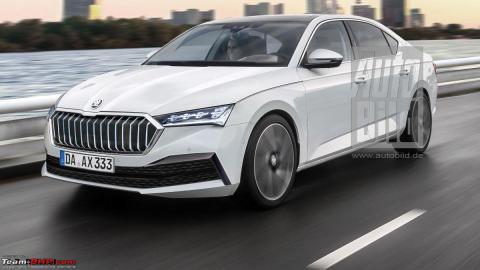 The next Superb could borrow design cues from the Enyaq iV electric SUV.

According to a media report, Skoda could introduce the fourth generation Superb sometime in 2023.

The new Superb is expected to be based on the next iteration of the MQB platform. The report states that the car could borrow design cues from the Enyaq iV electric SUV. We can expect a bolder front end featuring a large grille with vertical slats and slimmer LED headlamps.

It has also been speculated that the new Superb could get advanced features including a larger touchscreen infotainment head-unit and systems such as heads-up display with augmented reality.

Under the bonnet, the fourth generation Superb is rumoured to get plug-in hybrid powertrains with a longer electric range. At present, the Super iV has an all-electric range of 100 km (WLTP cycle). Besides this, the new model could also be offered with conventional petrol and diesel engine options.