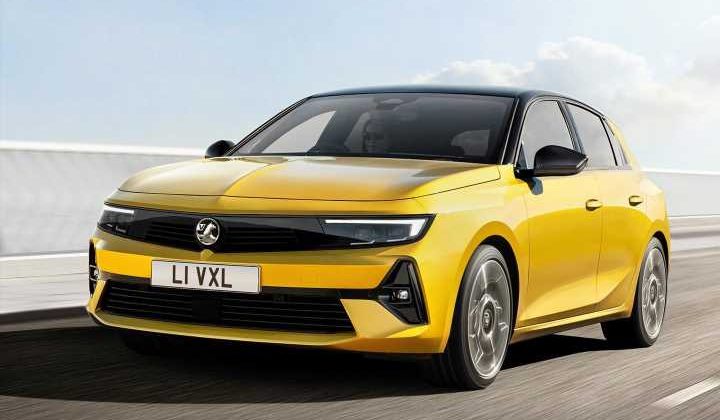 Lots has happened in the car world over the last 40 years. The invention of sat-navs, the demise of the roll-up window, or the rise of robots taking to name but a few. Yet plenty of cars have been around long enough to see all those changes in action. The Vauxhall Astra is one of them, the first generation entering the market back in 1979.

Now, as many of us would have expected, the eight-generation Astra is being offered for the first time with an electrified powertrain, in the form of a plug-in hybrid at two performance levels. It combines the part-time electric motor with a 1.6-litre four-cylinder turbo petrol engine, producing a combined output of either 180hp or 225hp, while the 12.4kWh battery gives about 31 miles of range on electric only.

If that’s not your bag, the ICE options include a 1.2-litre petrol with 110hp or 130hp, and a turbo four-cylinder diesel with 130hp, both with a six-speed manual, although an auto is available as an option.

They key updates come in terms of design, with the brand thrusting the Astra forward to help ‘define the new era’ of the class for Vauxhall, and takes on the ‘bold and pure design philosophy’ that apparently has been shown on the Mokka, Crossland and Grandland so far. In fact, that front end design even has its own identifier – the ‘Vauxhall Vizor’. Or basically the grille and additional plastic bit spread across the front. Vauxhall is aiming for a ‘sporty’ looking five-door with a low-slung look, although has managed to package more space inside than the previous generation.

Also new to this model is the raft of tech that’s been pumped into this compact-class example. There’s the integration of the Insignia’s LED headlights outside, while the interior has been overhauled with new screens, dubbed the Pure Panel digital cockpit. This features two 10-inch displays and physical controls are kept to a minimum, apparently because the Pure Panel is so intuitive and digital that you don’t need them. Which never goes down well when you’re actually out on the road. There’s also the usual array of driver assistance features and even the Astra’s seats, with massage and ventilation, are claimed to be ‘best in class’.

So, there’s nothing hugely surprising in the press release for the 40-year-old (yet new) Astra, just another reinvention towards the spec-list we’ve come to expect from family cars nowadays. Is the PHEV Astra exciting enough to compete with other hatchback rivals, such as the Volkswagen Golf or Ford Focus? Thoughts below, please.