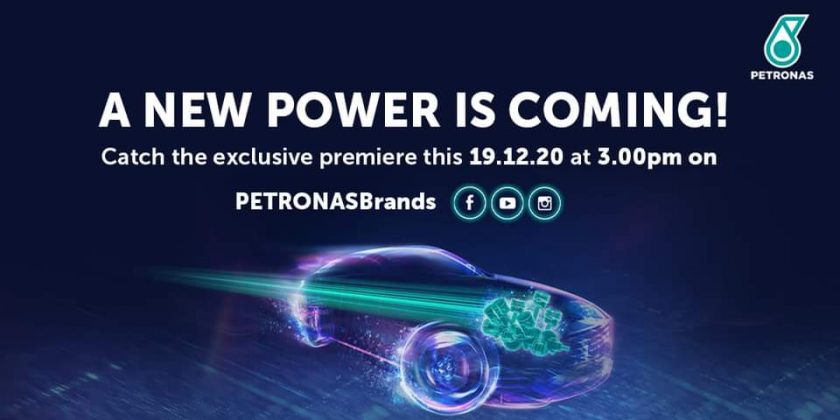 A new power is coming, says the teaser image on the Petronas Facebook page. The performance-heavy teaser campaign that includes the soundtrack of a hard-revving engine (which sounds mighty fine, by the way) clearly points at a new premium fuel for the national oil and gas company. The launch will take place via a livestream on the Petronas Brands Facebook page at 3pm this Saturday, where more details will be uncovered.

The fuel to be launched is likely to be a new RON 97 petrol from Petronas. That’s an easy guess to make, seeing that the current Petronas RON 97 formulation was launched over five years ago. That was the first Euro 4M-grade RON 97 petrol to be offered to the Malaysian market, ahead of the government-gazetted implementation date of September 1, 2015.

Beyond fuel, Petronas’ retail operations have been augmented recently with the Setel e-payment solution that enables customers to pay cashlessly for not just fuel, but also for in-store purchases with the Deliver2Me feature within the Setel Wallet.

As for the forthcoming new RON 97 petrol that will be announced this weekend, it could be a good time to sample the latest premium petrol offering from Petronas – the weekly fuel price adjustments will have been made the day before, and come rise or fall of fuel prices, your vehicle will need feeding at some point anyway. Regular users of RON 97 petrols in particular can look forward to trying the new fuel product. Keen?