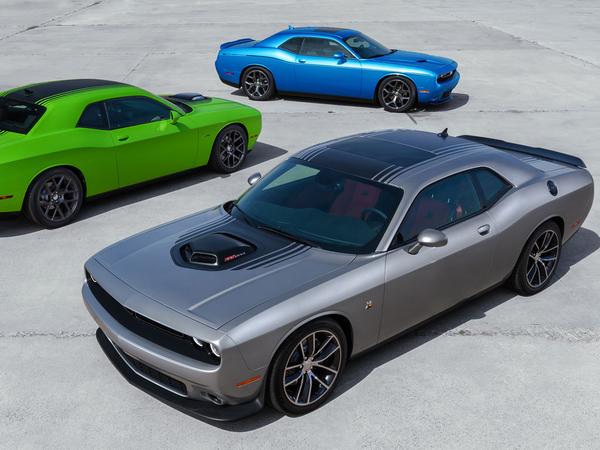 Say ‘Hemi’ and the first company that will undoubtedly enter most enthusiasts’ minds is ‘Chrysler’. That won’t surprise many, given that the American manufacturer has built a substantial brand around that four-letter word – and one based on a long-standing legacy of high-performance engines for both consumer and motorsports applications.

Chrysler’s first production hemispherical-headed V8, for example, arrived in late 1950. The 5.4-litre ‘Firepower’ V8 initially cranked out 180hp and 312lb ft, figures that would be sneered upon by the horsepower per litre brigade today. Back then, though, that was a pretty stout output – and higher than many a rival.

Things had improved considerably by the time this first generation of hemi-headed motor was drawing to a close, though; the 1958 ‘392’ displaced 6.4 litres and thundered out 390hp and 435lb ft. This was thanks in part to an early, albeit finickity, electronic fuel injection system called the ‘Electrojector’. 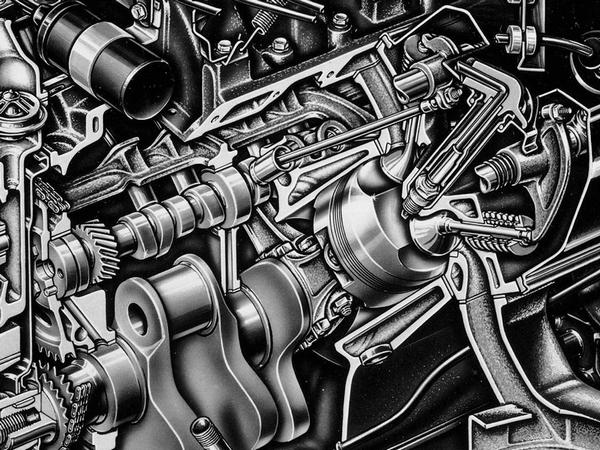 Chrysler launched the second generation in 1964 and, this time, the engine was formally branded ‘Hemi’. This line consisted solely of the now-legendary 7.0-litre ‘426’, which today still features prominently in NHRA drag racing and other motorsports classes – although it often bears little resemblance to anything offered back then.

In 2003, the ‘Gen 3’ Hemis arrived. The combustion chamber of these was substantially different from the fabled hemispherical design of their predecessors, though, making them more Hemi by association than design. Nevertheless, these engines are still often held in high regard. Justifiably so, given that the likes of the supercharged 6.2-litre Hemi in the Dodge Challenger SRT Hellcat Redeye pounds out 797hp and 707lb ft.

However, Chrysler’s history with hemispherically shaped combustion chambers begins before all of this – and dates back to development projects prior to America’s entry into World War II. Back then, Chrysler was reportedly studying ways to cut carbon deposits in combustion chambers. These carbon deposits, once they started accumulating, would gradually cause a reduction in efficiency. 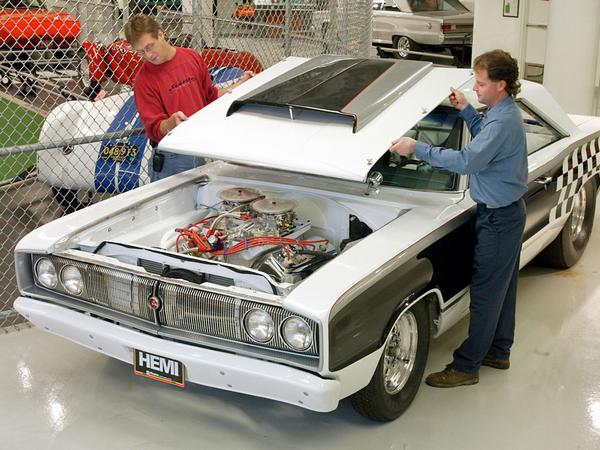 During these studies, Chrysler found that a bowl-shaped hemispherical combustion chambers resisted the accumulation of carbon deposits. The design also had other advantages, compared to conventional wedge, bathtub and heart-shaped combustion chambers.

In particular, the cross-flow layout of the valves, and the angle at which they were mounted, improved gas flow in and out of the cylinder. This, in conjunction with the ability to fit larger valves in a hemispherical chamber, boosted the volumetric efficiency of the cylinder considerably.

The design also meant that the spark plug could be located in a far better position, granting improved combustion – which no doubt contributed to the reduction in carbon build-up – and the design was also more thermally efficient. All in, the hemispherical combustion chamber was one that offered good potential power and reliability. There were some downsides, mind, including large cylinder heads – due to the angle of the valves – which induced weight and packaging issues. 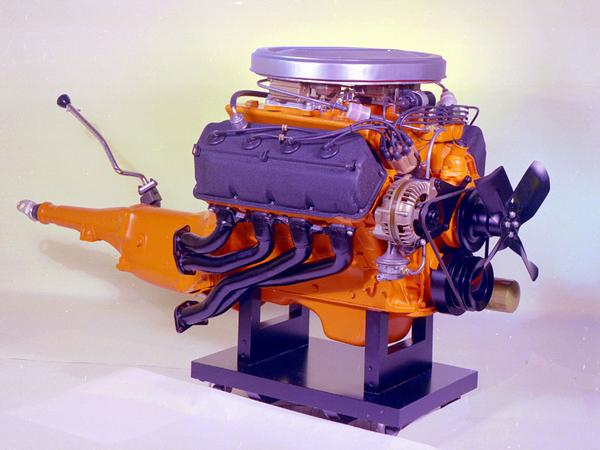 It’s worth noting that, by this point, the more modern and capable four-valve ‘pent-roof’ combustion chamber design was also around. Nevertheless, Chrysler persisted with research into the hemispherical chambers and this experience culminated in the production of the prototype ‘XIV-2220’ of 1945. This force-fed inverted V16 aero engine, which displaced 36.4 litres, was initially planned to produce 2,500hp. Reputedly, the engine used both supercharging and turbocharging – like some others from the era – and went on to develop upwards of 3,000hp during trials.

The development of that engine was ultimately curtailed by both the end of the war and the start of the jet era. That all said, though, the concept of the hemispherical combustion chamber dates back even further than Chrysler’s developmental work.

In the early days of the internal combustion engine, getting a good fuel-air charge into a cylinder and burning it effectively was proving difficult. Early combustion chamber designs were often inefficient and the valves small, restricting performance. This, for one thing, is what spurred many engineers to begin working on forced induction systems right from the outset. 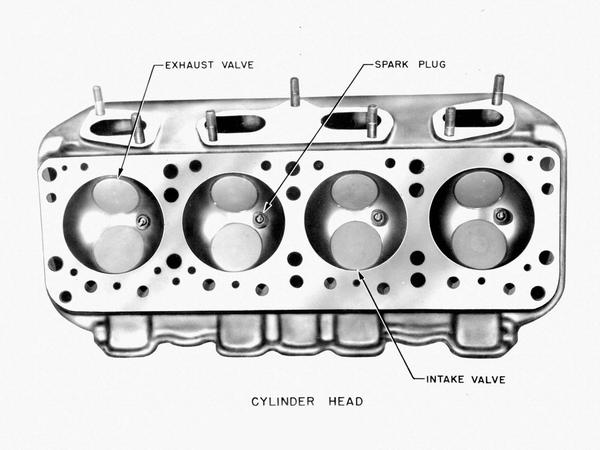 This was a particular problem if you wanted a light engine that produced a good amount of power. This was proving a particular hurdle for those developing the first powered aircraft, such as oft-overlooked innovator Augustus Herring. The American engineer, who was born in 1867, was one of the pioneers of powered flight – but he was struggling to find suitable powerplants for his airframes.

Herring was undoubtedly fascinated by engine technology, aviation work aside, and contributed to numerous issues of ‘The Horseless age’ – a magazine founded in 1895 that charted and explored the ever-developing automotive marketplace. In it he wrote frequently on matters of engine efficiency, balance and commonly encountered issues.

This interest and expertise led to Herring developing his own engine in order to come up with something of an appropriate weight and output. In doing so, he is claimed to have designed an experimental hemispherical head in 1897. The was then used in a prototype petrol two-cylinder overhead cam engine – albeit one with a single valve per cylinder and exhaust ports near bottom-dead centre. 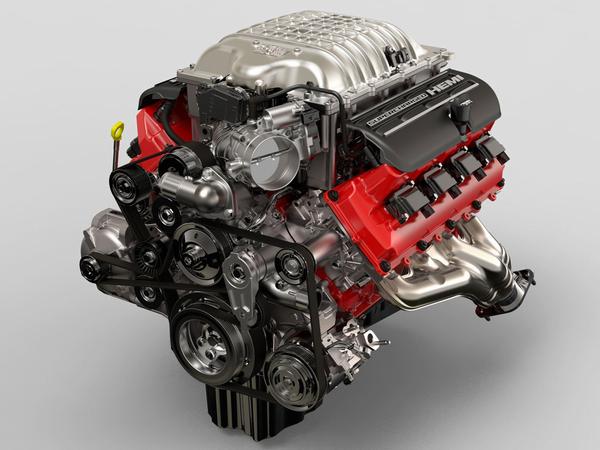 Herring then worked for the Truscott Boat Manufacturing Company in 1898, where the concept of hemispherical cylinder heads was seemingly advanced further – because, in 1901, Truscott itself unveiled a prototype two-cylinder, hemi-headed engine with two valves per cylinder. Other versions would soon follow.

Herring would also produce other engines using this design, including a single-cylinder variant that ran in 1902 – along with other innovations, covered in C. David Gierke’s excellent two-part book ‘To Caress the Air: Augustus Herring and the Dawn of Flight’.

Other engineers seemingly took note and, before long, hemi-headed engines were popping up all over the place, such as that found in the 1903 Premier racer – which had a four-cylinder, air-cooled 15-litre hemi that produced 100hp. Belgian manufacturer Pipe adopted the concept in 1905, too, as did the Welch Motor Car Company – which produced four- and six-cylinder engines, equipped with hemispherical combustion chambers, before the company was bought by General Motors in 1909.

The design would continue to be used for decades to come, by numerous manufacturers, and – when finally branded ‘Hemi’ in Chrysler’s high-performance applications – it would go on to become one of the most recognised types of engine in existence. As the advertising and well-established saying goes, ‘That thing got a Hemi?’