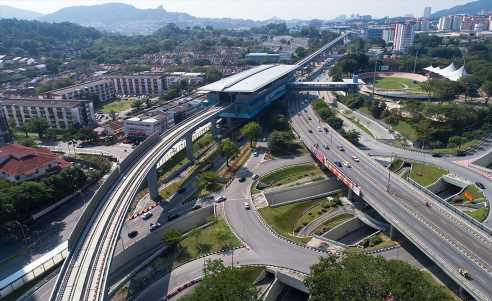 MRT Corp has issued updates on the MRT3 Circle Line project, which is in the process of being revived to complete the Klang Valley’s rail network. The loop line was given the green light to proceed in April, with the government looking at private sector participation and financing in a “hybrid” system. Zarif added that the Request For Information (RFI) exercise that started on April 9 has been completed. Over 40 submissions by “major players of the construction industry in Malaysia” were received when the submission period ended on May 25.

“We have engaged the players who participated in the RFI and we have provided them with feedback on the information given,” the MRT Corp chief said, explaining that the RFI exercise was to enable MRT Corp to gauge the interest, capacity and capability of local players of construction industry in relation to the project. The info will also help MRT Corp in establishing the best structure for the MRT3 project.

The proposed line will be around 50 km long, and 40% of it will be underground. The project will be built in five phases over 10 years, but each completed phase will be able to operate independently, as the Circle Line links other stations/lines together.

Zarif said in April that MRT Corp aims to use the project as a catalyst to spur the local supply chain and construction players through an “industry development” tender system.

He added that contracts will be awarded based on technological adoption, among others, including the use of the Industrialised Building System (IBS) and Building Information Modelling, modern construction methods that are faster and more sustainable. IBS might reduce foreign worker dependency, as it makes construction easier and safer by being off-site. It’s hoped that this might attract more locals.

MRT3 is for the future, but the MRT Putrajaya Line – formerly known as the Sungai Buloh-Serdang-Putrajaya (SSP) Line – is just around the corner now. The second MRT line will open in November 2021, a three-month delay from its original target of August due to an extension of trial operations as a result of the MCO.