The 2019 Ram Rebel 1500 concept making its debut at the Specialty Equipment Marketing Association’s (SEMA) big show in Las Vegas gets a two-inch hike in ride height, while the 2019 Ram LowDown 1500 is lowered by two inches. The two pickup trucks are a combination of off-the shelf Mopar bits, and one- or two-off custom parts that could make it into production, like the power bulge hood with a cold-air intake, on both pickup trucks. 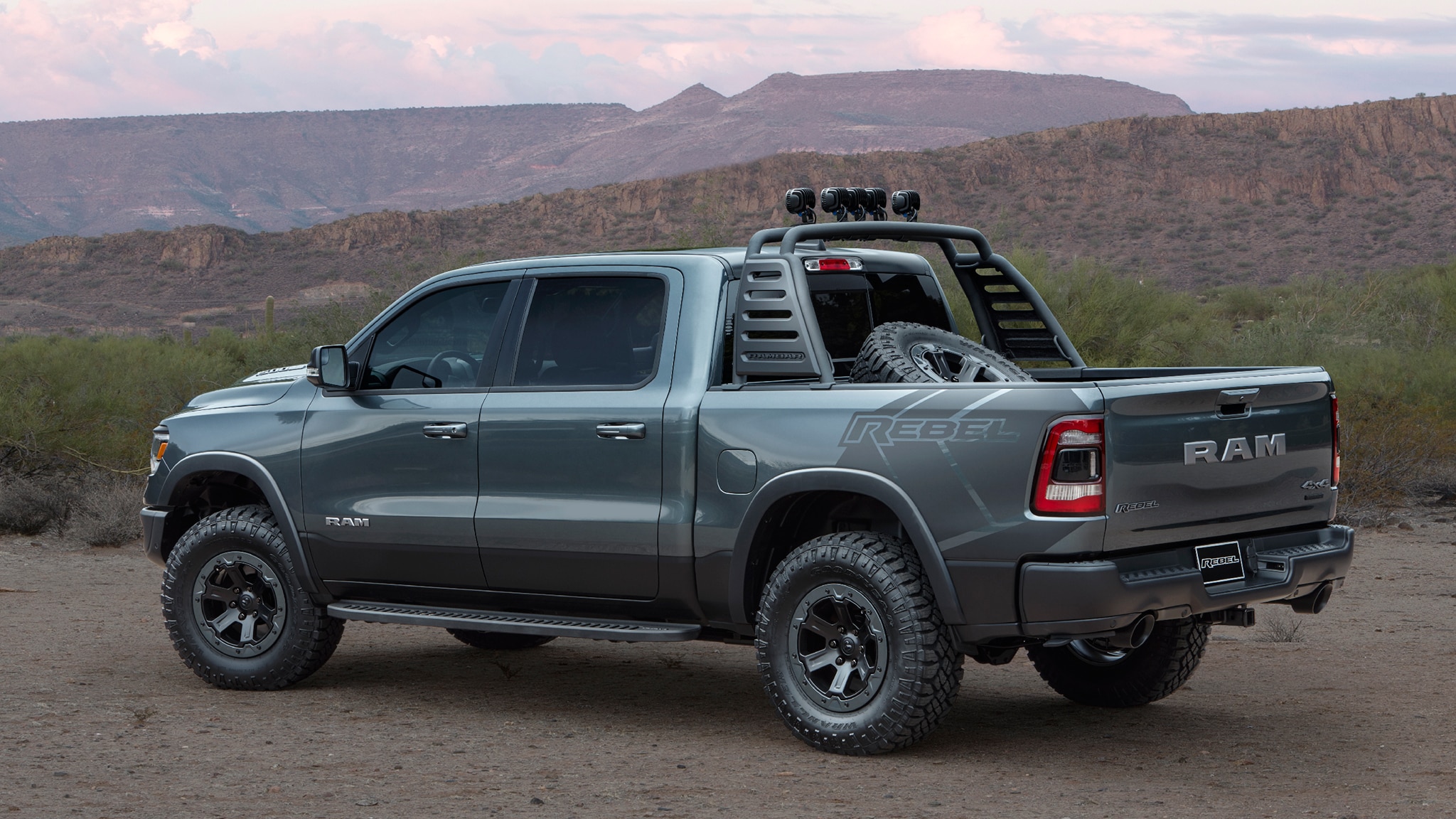 Under the power bulge hood, the cold air intake atop the engine, which already is a Mopar part, has been redesigned for straight-shot airflow, for better efficiency, says Joe Dehner, Ram’s exterior design chief and chief of Mopar design.

Ram gave the Rebel, a trim option already in production, the same power bulge hood, though with different graphics, and raised the truck by two inches to better represent its off-road creds.

“It’s the 1980s all over again,” Dehner says of the Ram Bar, not yet in production, added behind the cab. The off-road light cluster atop the bar is available through Mopar. In typical off-road style, the 35-inch (outer diameter) spare tire is mounted in the bed. The sill plate and cast-aluminum running boards also are Mopar production accessories. The bead-lock wheels feature both a “beauty” ring and a functional ring.

“SEMA is the show for Mopar,” says Steve Beahm, parts & service chief, and head of Fiat Chrysler’s passenger car brands in North America. While the volume of concepts from major automakers seems to be smaller in Las Vegas this year, he cites a $1 billion market in customization parts.

“We just want a piece of that pie,” Beahm says. 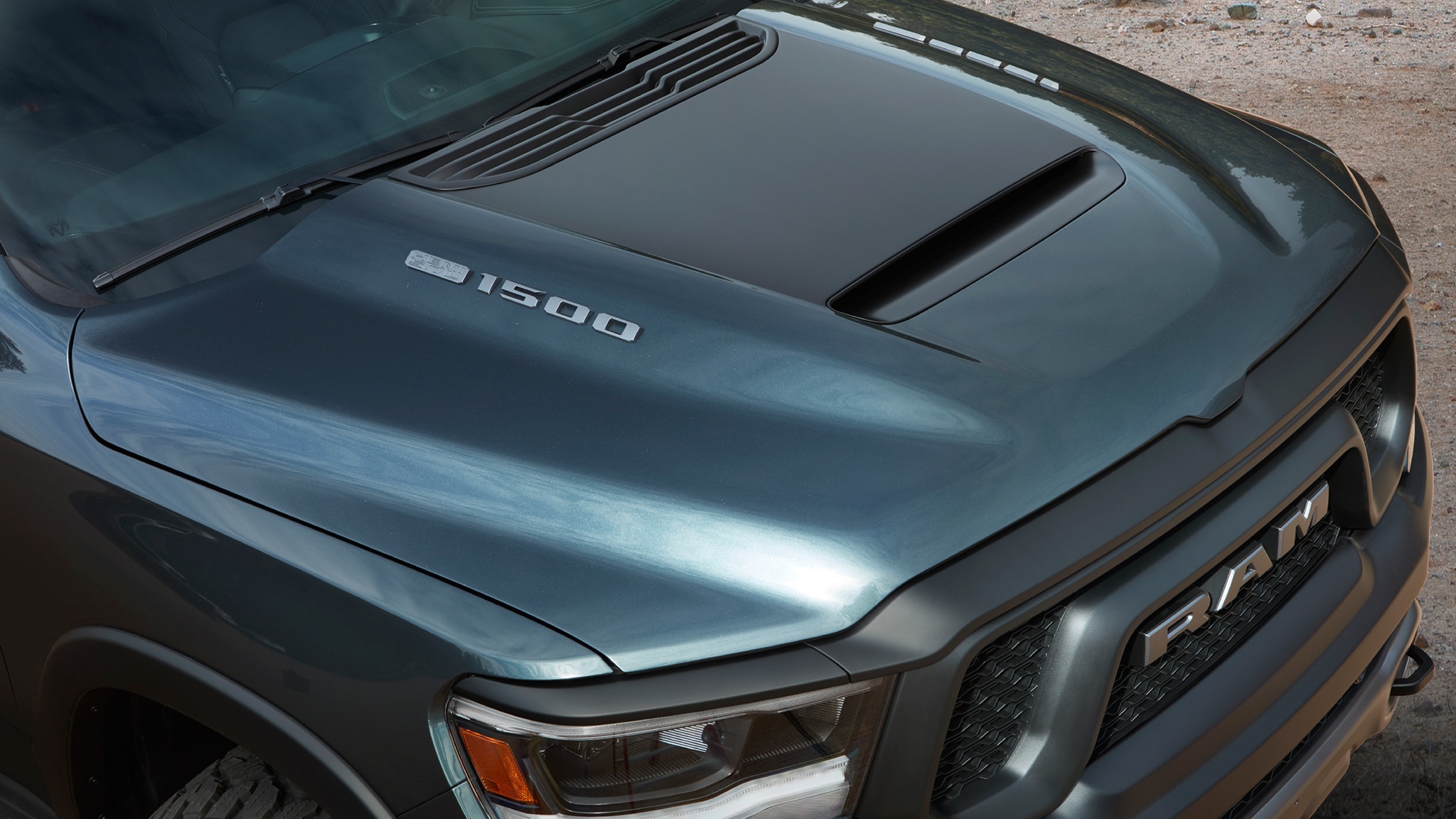 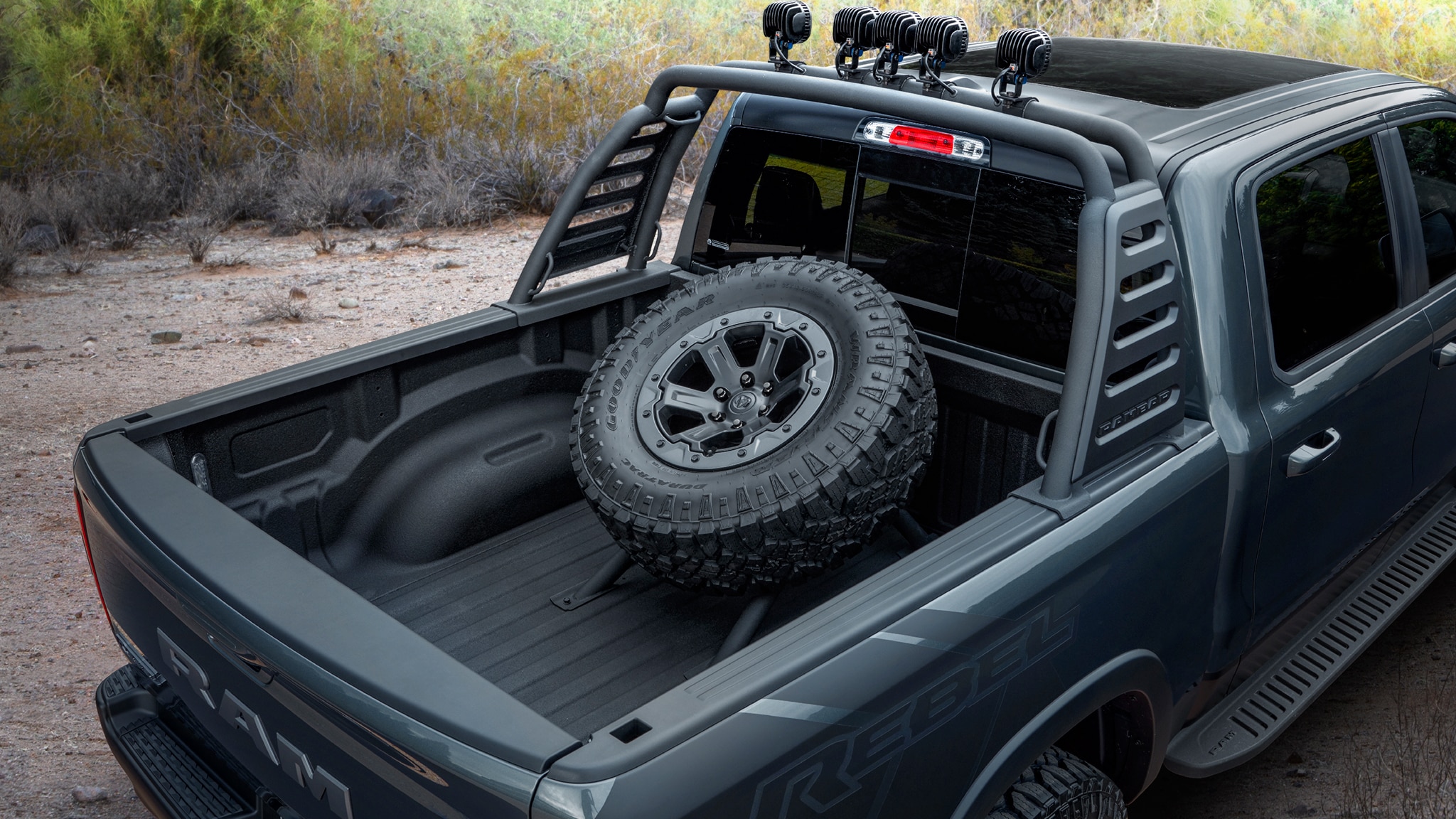 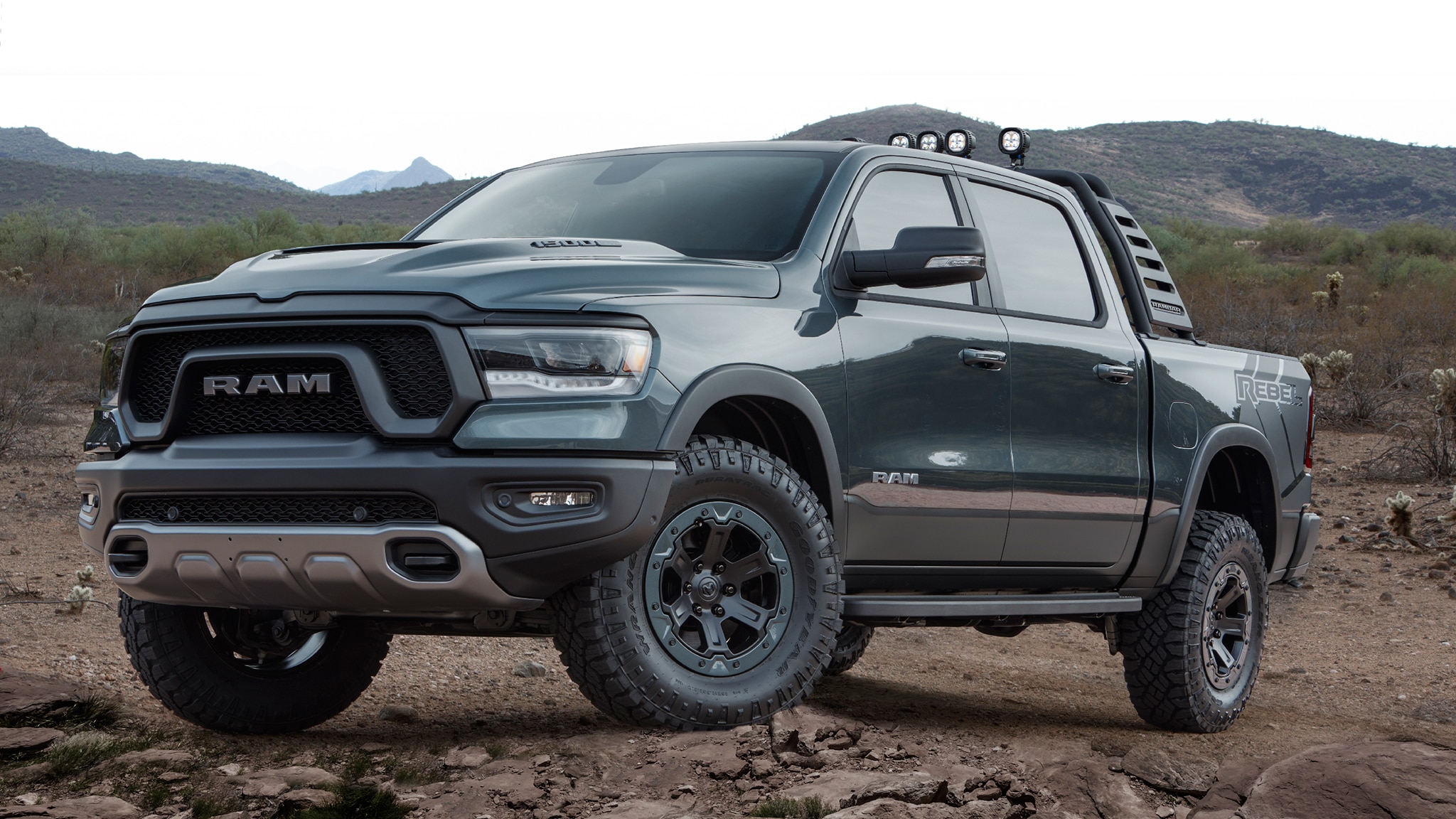 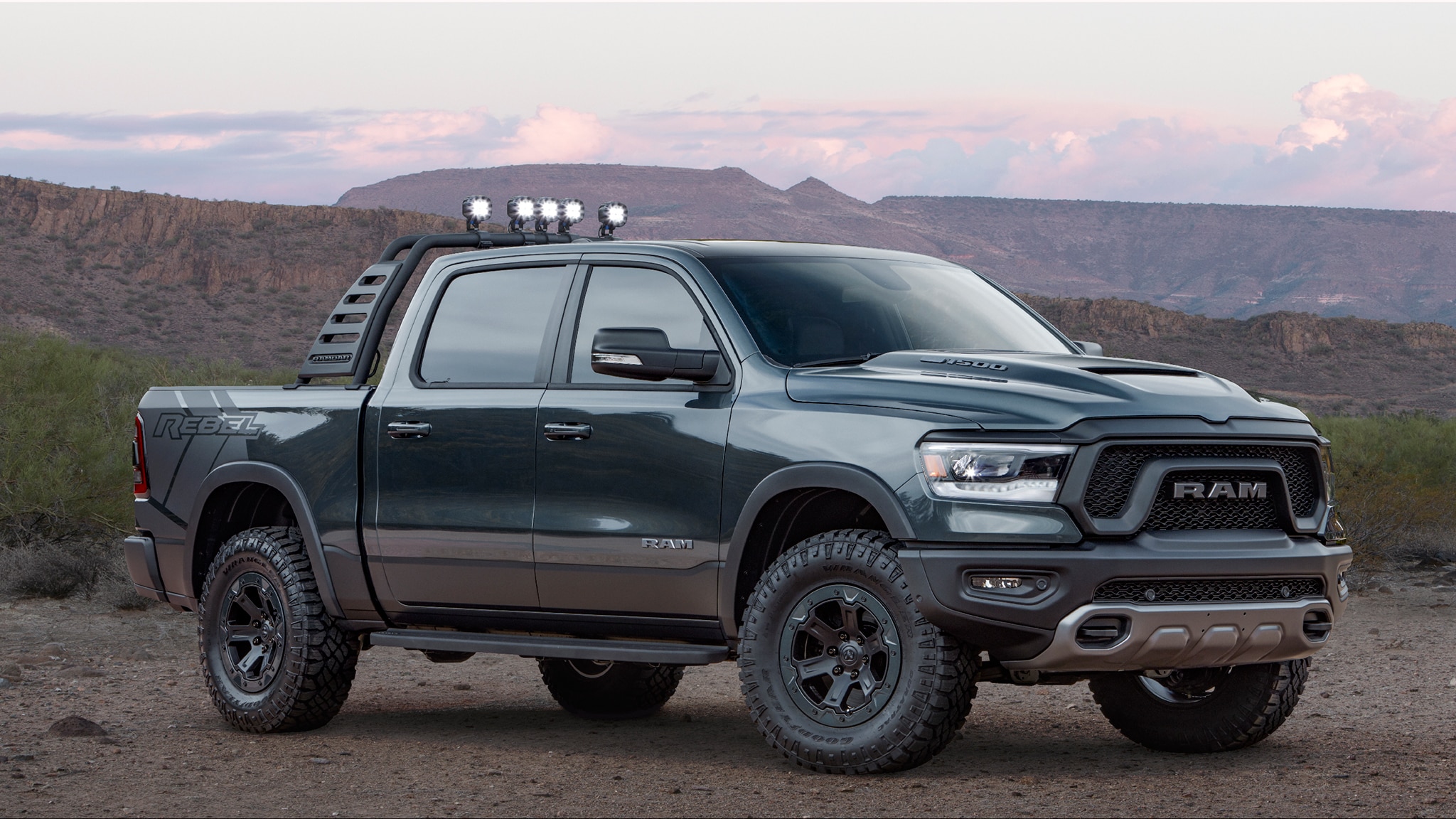 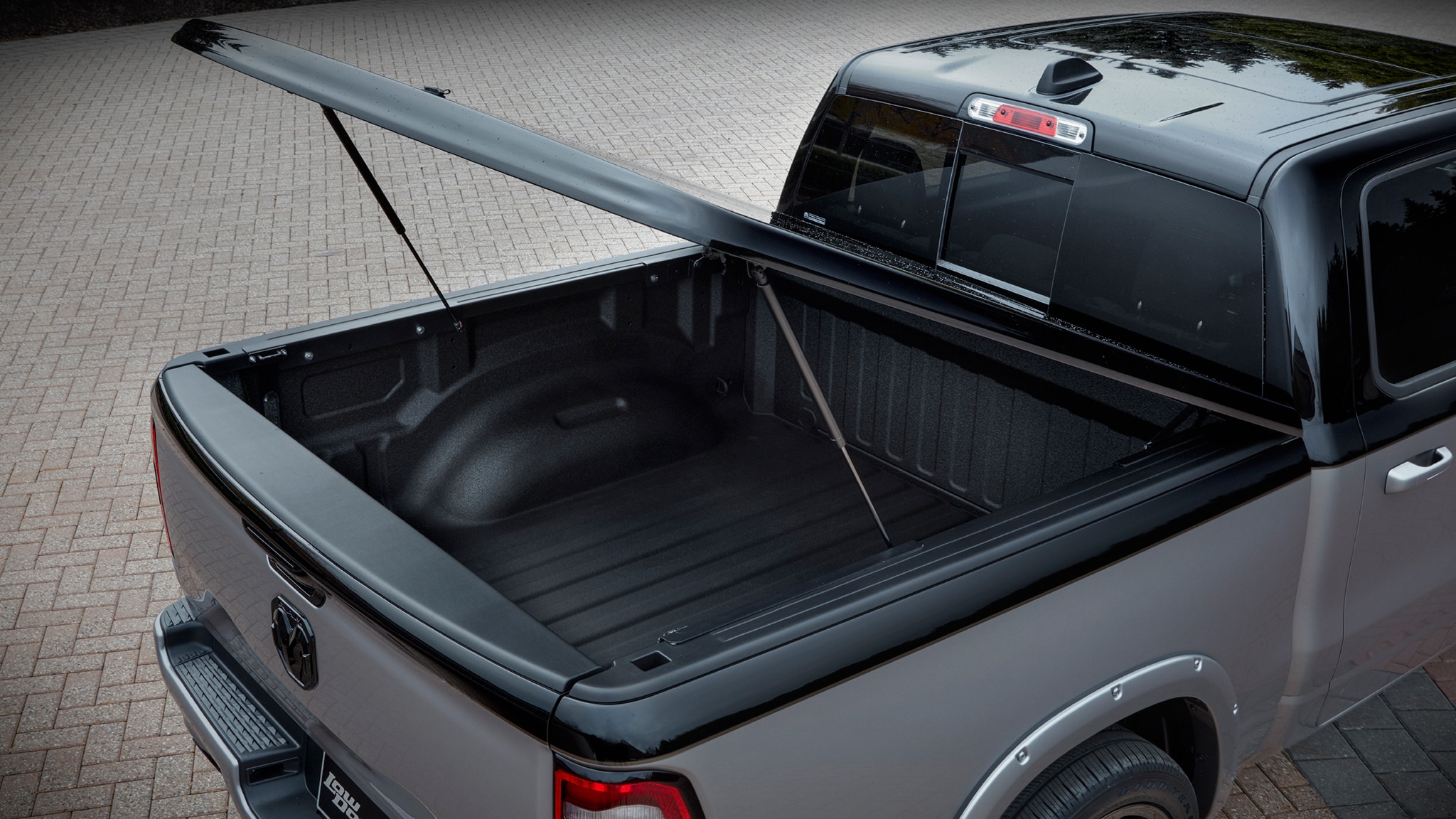 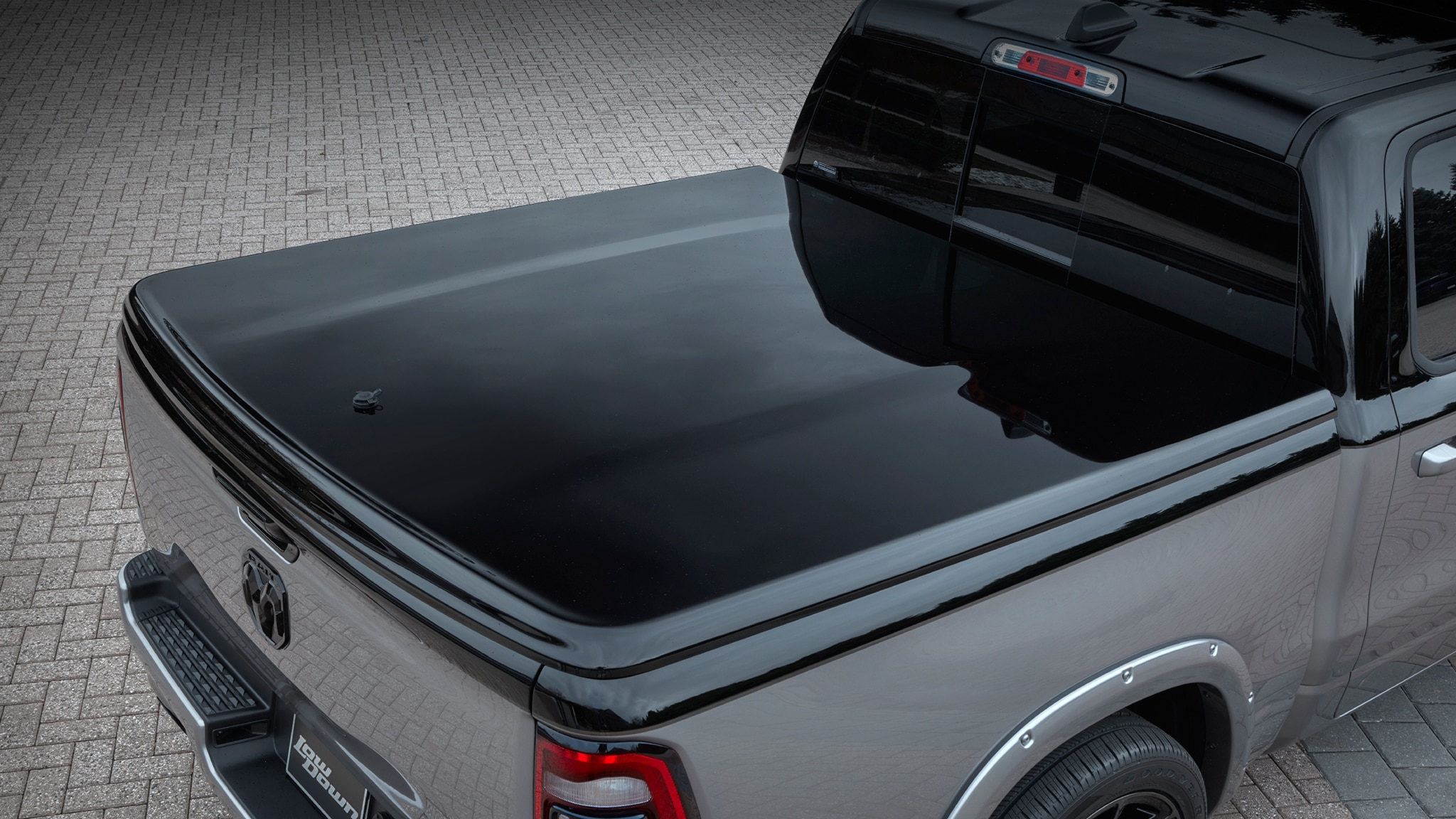 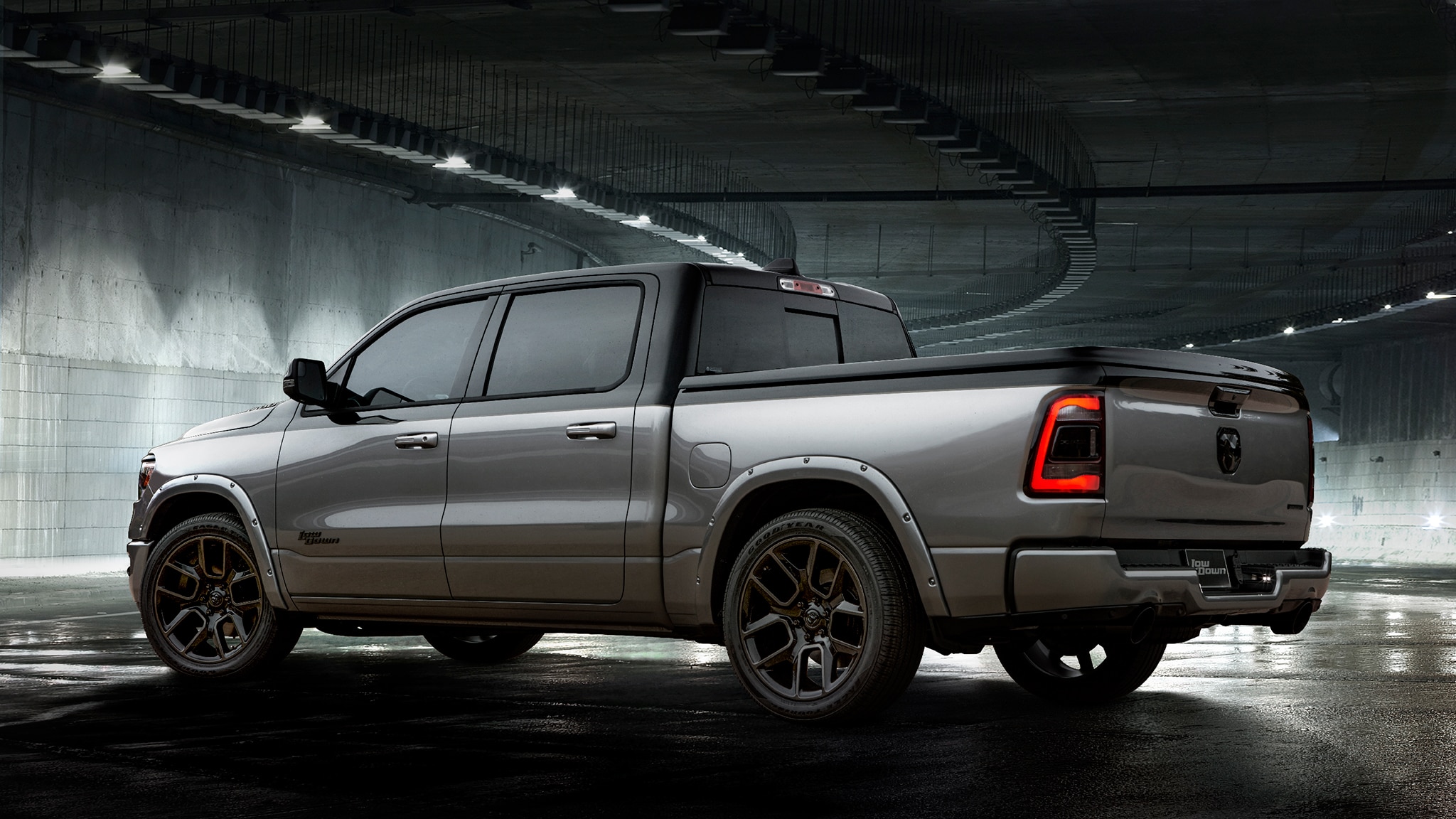 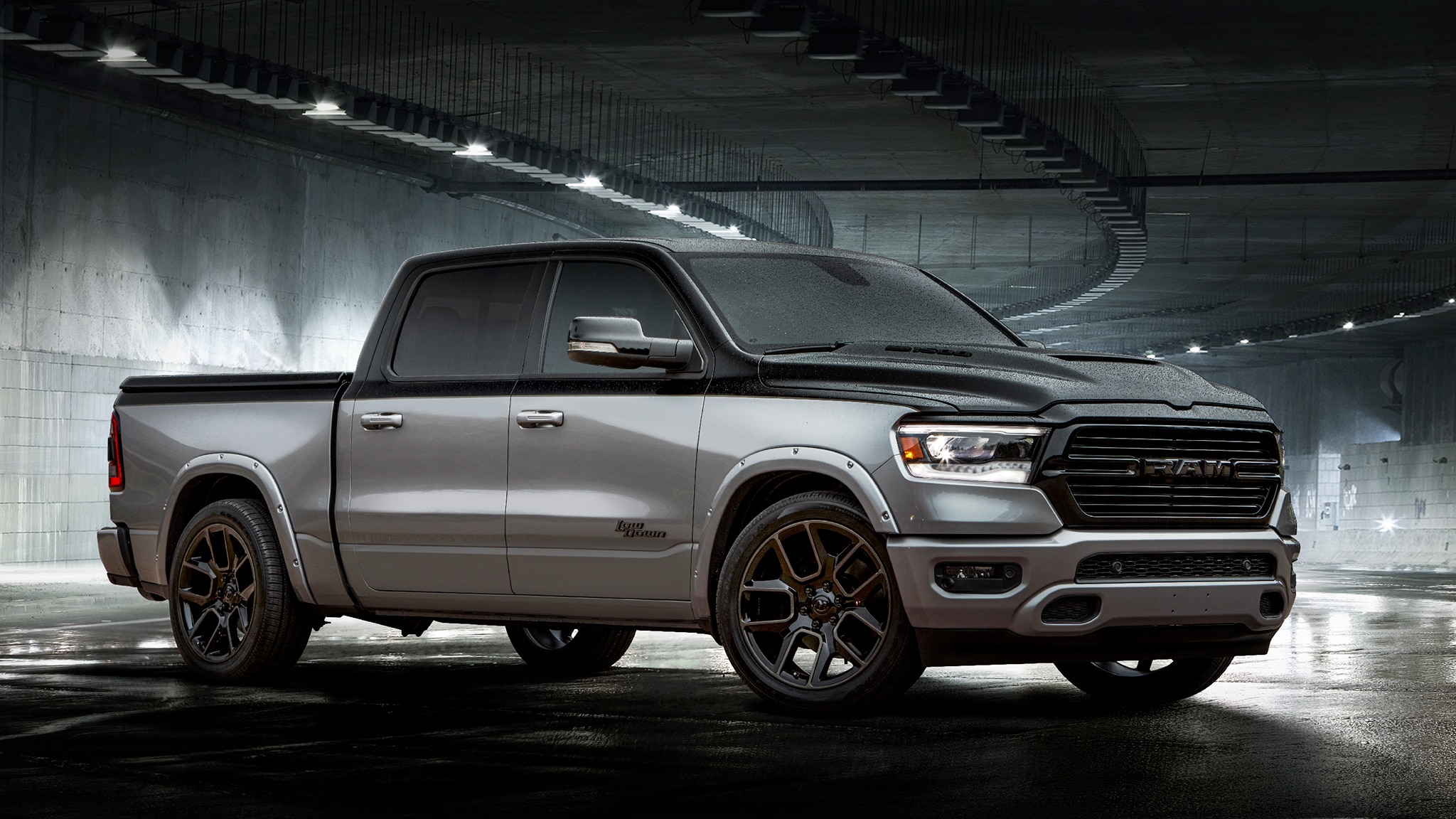