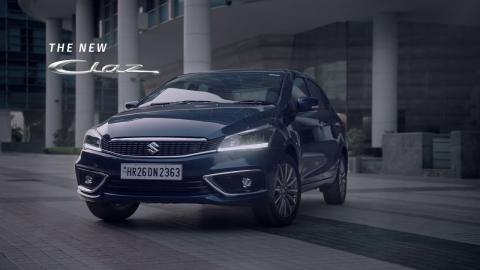 Has anybody here watched an advert recently and thought, I can’t live without owning this?

BHPian AnupamRoy recently shared this with other enthusiasts.

I’ve always had a bone to pick with car and bike adverts that border on the hilarious, and sometimes utterly meaningless, especially w.r.t. features and capabilities. So many adverts nowadays show the car/bike pulling off impractical, sometimes downright dangerous, manoeuvres with the fine print at the bottom saying ‘stunts performed in the controlled situation under expert guidance…should not be imitated…always follow traffic rules…bla bla bla’. Call me stupid, but is it these rubbish stunts that pull potential customers towards buying a particular model? Who comes up with these ideas anyway?

Cases in point below. I’ve forgotten the makes and models for a few of them, someone might be able to help. These are all adverts that are ‘current’.

These are just a few examples, as there are/have been so many.

Honest question: Has anybody here watched an advert like this and thought, I can’t live without owning this?

Here’s what BHPian Garud had to say on the matter:

I mean if pan masala can give you a jet-set lifestyle, it’s not far-fetched to think that a good-looking car like Ciaz wouldn’t boost your Esteem in the eyes of other people.

Here’s what BHPian mayankk had to say on the matter:

Won’t argue about the inanity of the car adverts, but…

One did, a long time ago: “Reclaim your life”?

Here’s what BHPian Nav-i-gator had to say on the matter:

There are only a handful of car ads that have ever touched me, a few more that I register enough to remember today. Rest all have always been weird or totally unforgettable.

The best ones will always be the Tata Safari ones – “Reclaim Your Life”. I still watch those sometimes on youtube, and somehow (I guess the midlife crisis now), it touches me even more today.

A few more memorable ones were the SX4 ad, which really gave the car a “macho” positioning (which Bajaj took to the extreme with “pulsar-mania). Same one with Chevy Cruze “diesel rocket”.

The latest one that I remember is the “Live Young, Live Free” ad from Mahindra, by which they really took the mantle for lifestyle motoring away from Tata.

Here’s what BHPian GForceEnjoyer had to say on the matter:

When the MG Gloster was first advertised, it showed a father nearly crashing into a stopped vehicle as he was busy demonstrating the connected car tech to his very young daughter (who was in the front seat, by the way!), when the auto emergency braking saved the day. Might not have been the best way to advertise ADAS!

There was a Hyundai Creta ad a long time ago where the driver pulls off an incredibly reckless overtake on a winding road all while someone was coming from the opposite side. A friend who was with me at the time (not really a car enthusiast) commented jokingly, “I wouldn’t want a car where I have to risk everything just to floor the accelerator!”

Finally, this one isn’t a TV ad. I fail to remember when exactly this happened, but I distinctly remember that VW once put a picture of the FWD Vento Sport doing a rear wheel burnout onto its website. Everyone I knew who’d noticed it had a field day up until its removal.