What’s that? You want a hot hatch that does everything the Megane Trophy can – but for half the cost? Hmm… 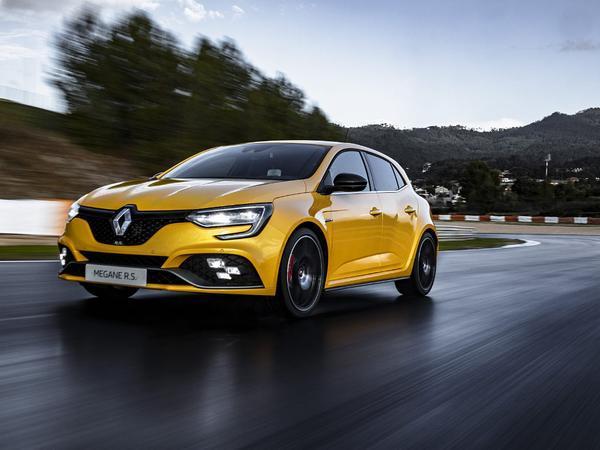 There’s always a frisson of excitement about the PH office whenever there’s a new, fast Renault about. Can you blame us? If there’s one car every hot hatch has been measured against for the last few years, it’s the Renault equivalent. And while the company’s performance output has perhaps lost a sliver of its hardcore edge, it’s still capable of producing some pretty enthralling machines – as the latest Megane proves.

That said, it didn’t grab Matt P quite as hard as he would have hoped. “I like it, but for me it has become ‘probably one of the best’ in its class rather than ‘just get that one’,” he said in first drive last week of the new Megane Trophy. For better though it is, the new Trophy still doesn’t quite recreate the magic of the old car. And at an estimated £32,000, there’s some stiff competition to face – not least the Honda Civic Type-R and Hyundai i30 N.

But as you’ll be aware, here in the Trade-Off corner of the office, we don’t get to play with a £32,000 budget. No, we’ll have to make do with just half that, which means, with £16,000, we’ve got to find you a used alternative to the Megane Trophy that’ll do everything it can – and, if possible, more. 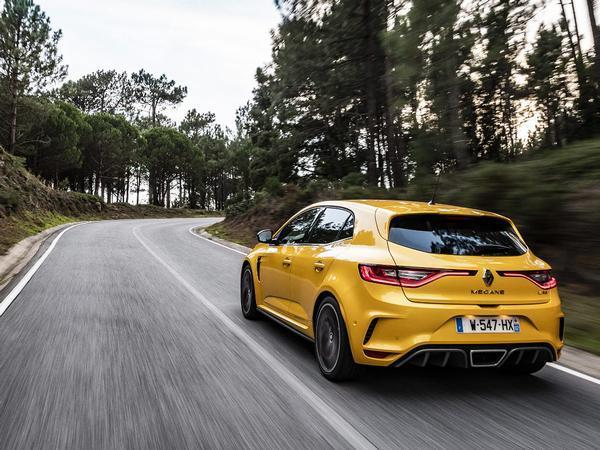 “Just get an old Megane, then,” we hear you cry. And yes, that is one option. Certainly, the old Megane RS is still a car that few modern hot hatches can beat in terms of outright feel. For our budget, this 265 can be yours – a 2015 example with a reasonable 30k on the clock and finished rather menacingly in black. Trouble is, it’s not a Trophy, and nor is it the 275, which means it lacks the outright power to really compete with its modern successor in terms of both outright performance and chassis sophistication – would it therefore be a fair fight? Maybe; maybe not.

So how about something with power to spare? Something like this BMW M135i. It’s every bit as quick as the Megane Trophy, and laden with the potential for silly, rear-driven hooliganism. It’s also a proper bargain – £16,000 for a rear-drive hot hatch with all that engine feels like peanuts to us, especially at just five years old. But as good as the M135i is, it perhaps lacks the same hardcore edge as the Trophy, and we feel sure we can find something even newer. Perhaps something that blends the new Megane’s potency with the old one’s value.

A Seat Leon Cupra should do the trick. Often overlooked in the pantheon of modern mega-hatches, the Leon Cupra is nevertheless a very good one, combining some of the best bits of the MQB-based hot hatch family – namely a VAQ front axle, adaptive suspension and a 300hp-ish version of the EA888 engine – into one handsome package. 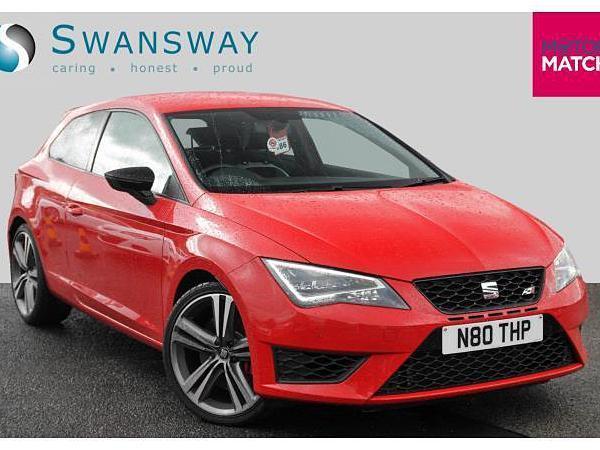 Indeed, when we ran one as a long-termer back in 2015, we were rather sad to see it go. In its time with us, we put it up against several other hot hatches to test its mettle, and it acquitted itself well. Crucially, against the last Megane Trophy, it didn’t win – but it did come extremely close. “Under all that electronic intervention,” we discovered, “it’s a very, very rapid car and one with hidden talents to reward the committed.”

Ideally, we’d go for a Performance Pack car, but our budget simply won’t stretch that far, so instead we’ll have to settle for this standard 2015 example with just 22,000 miles on the clock. We use the word ‘settle’ loosely, though, for the Cupra’s still a terrific machine – as quick as the new Trophy in the 0-62mph sprint, and while ultimately not quite as engaging, nevertheless just as capable of doing the Jekyll-and-Hyde thing any good modern hot hatch should. And yes, it’s a three-door to the Megane’s five – but perhaps that’s not such a bad thing, the Leon SC bodyshell looking taut and neat, if a little too restrained for some. Is it more handsome than the five-door Megane? You might think that; these things being subjective, we couldn’t possibly comment.

In any case, that you can now buy a three-year-old Leon with as much firepower as a modern Megane Trophy for half the cost is good news. Both of these cars lack the final level of fluency and involvement that the last Megane delivered, but as a trade-off for that deficiency, one of them will save you £16,000, and remarkably, give you better fuel economy and cheaper road tax as well. Sounds like the savvy option to us. 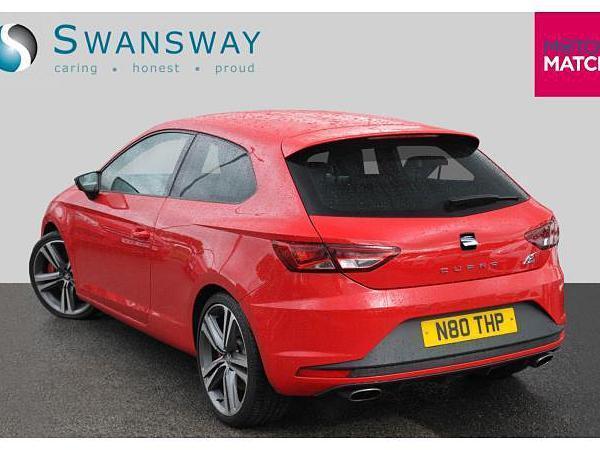