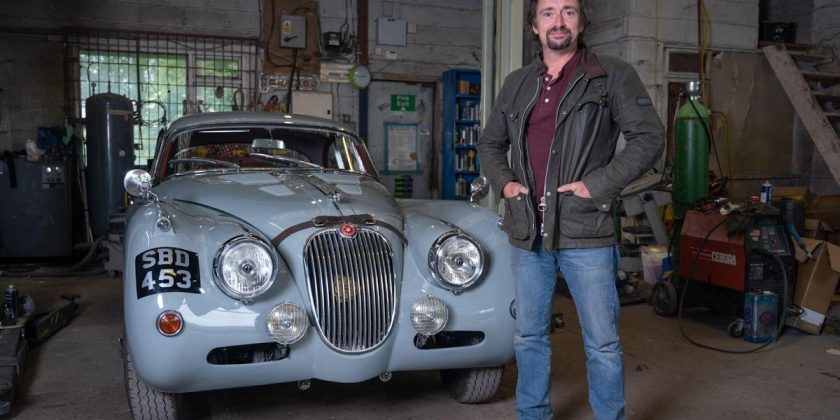 The side projects of the three Grand Tour hosts have strayed rather far from the world of cars. We’ve watched Jeremy take up agricultural work in Clarkson’s Farm, James May’s culinary exploits on Oh Cook and Richard Hammond mucking about on a desert island in The Great Escapists.

It’ll follow Hammond as he sets up a car restoration business in Hertfordshire, an outfit he’s calling “The Smallest Cog”. He’ll be collaborating with father and son team Neil and Anthony Greenhouse, whose restoration of Hammond’s Jaguar XK150 featured on several Drivetribe YouTube videos.

“Those videos caused a lot of you to write in a say ‘hey, you guys need your own show,”‘ Richard said on the announcement video, adding, “Well, you speak, we listen, because we have – thankfully Discovery agreed.”

In a press release for the show meanwhile, he said:

“I’ve spent 25 years critiquing other people’s cars and now I’m putting my own work out there. My grandfather was an automotive craftsman, who knows, maybe I’ve inherited some of his skill. So this is a real business, a real project and I really hope people enjoy watching the highs and inevitable lows throughout the series.”

It’ll be produced by Chimp Television, a company set up by Hammond in 2018 which was behind The Great Escapists and Big among other things. There’s no release window just yet – we’re merely told it’ll be out later in the year.

Will you be watching?