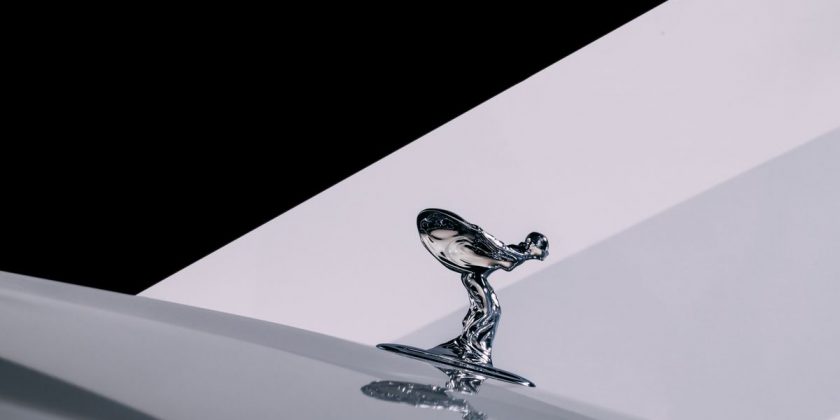 The Spirit of Ecstasy is a vital piece of a Rolls-Royce’s identity, but there’s a problem – having a little statue sticking out of the bonnet doesn’t exactly do wonders for aerodynamics. With the BMW Group subsidiary preparing for its all-electric future, some tweaks to motoring’s most famous mascot were in order.

111 years after the Spirit of Ecstasy was registered as intellectual property (6 February 1911), Rolls has revealed an updated, slipperier version. The product of 830 hours of modelling and wind tunnel testing, the new piece is very different.

The figure has been given what Rolls-Royce calls “a lower, more dynamic stance”. Whereas before it was ‘stood’ with both feet together and straight legs, it now has one leg forward, and the is body leaning lower. Even the robes, which flow behind the model like wings, have been reshaped slightly in the name of both aero and realism.

The new SoE is about 12mm lower than the old one and far slipperier with a drag coefficient of 0.26Cd. In looking to the future, Rolls-Royce has ironically brought the mascot closer to its roots, with the new one said to be more in line with the original designs by illustrator and sculptor Charles Sykes.

This isn’t the first time the Spirit of Ecstasy has changed its 111-year history. The sizing has jumped around a little, generally getting smaller over time. For a short while, Rolls made one in a kneeling position.

See also: 6 Things I Learned From Wafting Around In The New Rolls-Royce Ghost

The new SoE won’t be seen on a production car until the all-electric Spectre arrives in late 2023. The company’s existing line-up will continue with the existing figure.

Rolls-Royce’s design boss Anders Warming had this to say of the new design:

“111 years ago today, the Spirit of Ecstasy became an official part of Rolls-Royce. Yet, she has come to represent a spiritual direction for our brand. Her form perfectly captures the marque – she leans forward, expressing our relentless pursuit of progress, and her dress gracefully flows in the wind, echoing the serenity of our products in motion. For Spectre and beyond, she becomes lower and more focussed; braced for unprecedented speed and the exciting future her presence will define.”