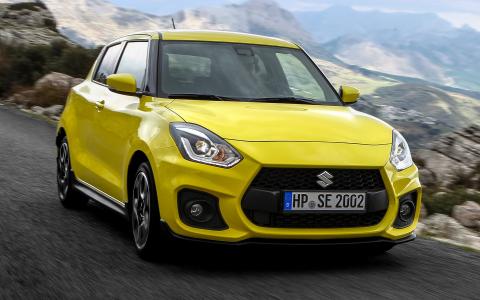 The Swift Sport-based crossover could be powered by a 1.4L turbo-petrol mild-hybrid engine.

According to a media report, Suzuki plans to introduce a small crossover based on the next-generation Swift Sport. It could arrive by 2024.

The next-generation Suzuki Swift will be based on the updated Heartect platform. It is expected to debut sometime next year. The high-performance version called the Swift Sport is said to debut in 2023.

The Swift Sport could be powered by a 1.4-litre turbo-petrol engine paired with a 48V mild-hybrid system. The car will also feature a few chassis upgrades, including a stiffer suspension setup.

While details about the new crossover are scarce, the car could use the same 1.4-litre mild-hybrid engine as the Swift Sport, paired with Suzuki’s AllGrip all-wheel-drive system.

Suzuki’s new Swift-based crossover could be positioned between the Ignis and Vitara. It is still unclear if Maruti Suzuki would offer it in India.