It doesn’t seem that bad at first, but then the apocalypse comes.

People who’ve never encountered a dust storm generally don’t realize how frightening and flat-out dangerous these weather events can be. It’s tough to convey such an experience through photo or video, but this clip at ViralHog does a pretty darned good job. It’s only a touch over four minutes long, but once this truck enters the cloud, it seems like hours until daylight comes back into view. And that’s from our perspective watching this video from the comfort of home.  Just imagine how it felt for the driver.

This crazy footage comes from the land of biblical dust storms – the Australian Outback. Specifically, the video description says this storm occurred just yesterday in New South Wales as the driver was headed to a remote sheep station. Apparently, the region has been in a two-year drought, and this storm was thought to be bringing some rain. Unfortunately, the winds whipped up this hellish nightmare and instead of turning back, the driver of this plucky Toyota punched through. 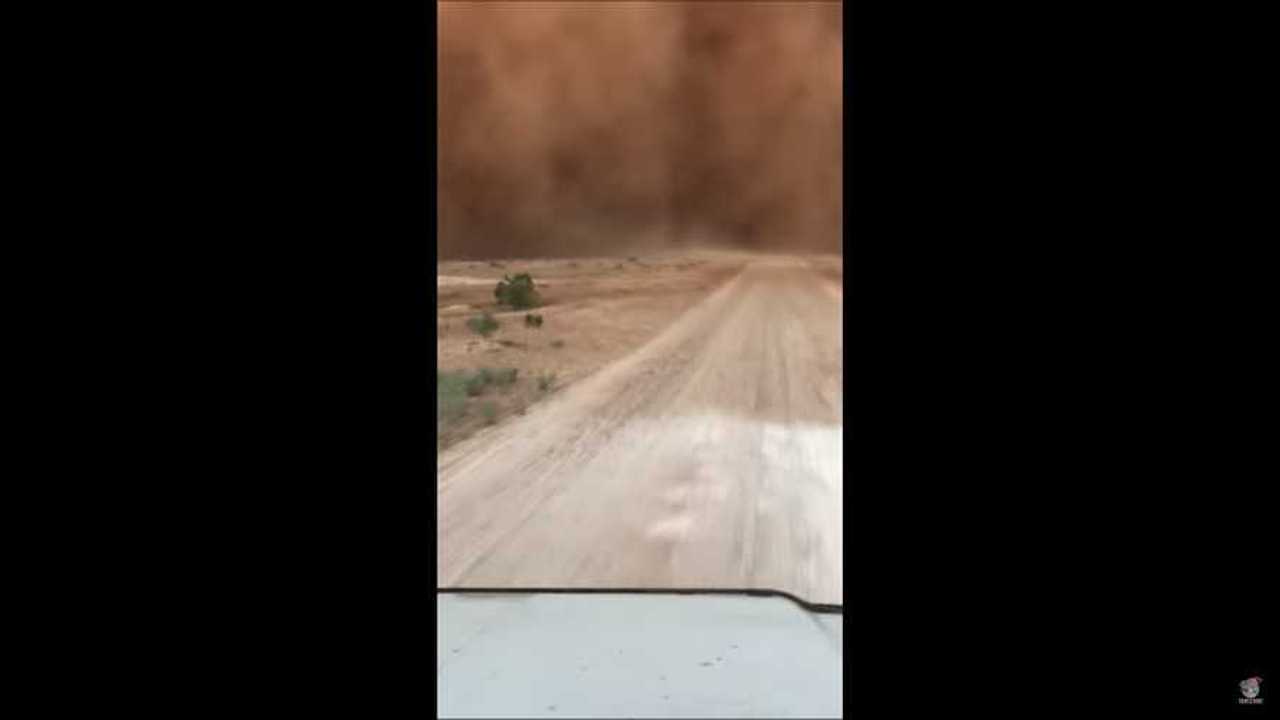 Or rather, we see the truck punch into the storm. The visibility quickly drops to zero, then it goes to absolute zero, then the skies turn a sickly shade of blackish-orange that we’re pretty sure we’ve seen in our worst nightmares. Understandably the truck comes to a stop, and just when it can’t get worse, a bit of rain starts to fall. Mind you, it’s not enough to help with the drought – in fact, it’s not even enough to clear the windshield, which soon becomes a muddy mess.

After approximately two years minutes of this torture, daylight finally begins to creep back into the surrounding landscape. Unfortunately the video cuts off before the truck is completely free of the storm, but since the camera survived we’ll assume the truck and its driver did as well. The video description says the windshield and the paint were damaged by the storm, but the “good old Toyota” kept right on running.

Hopefully the truck was at least treated to a new air filter after this.