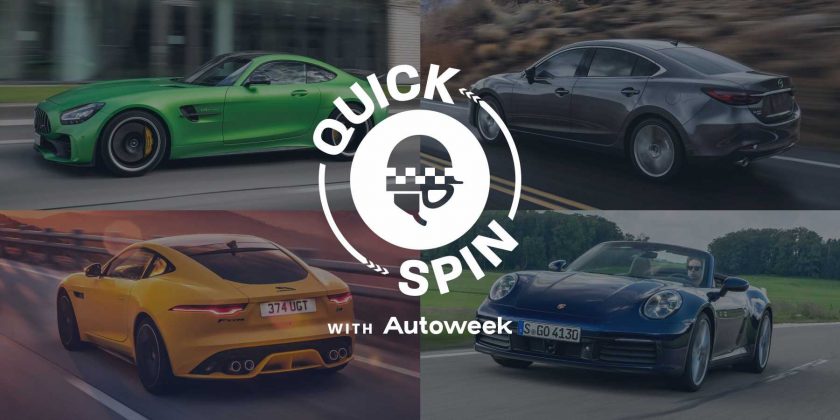 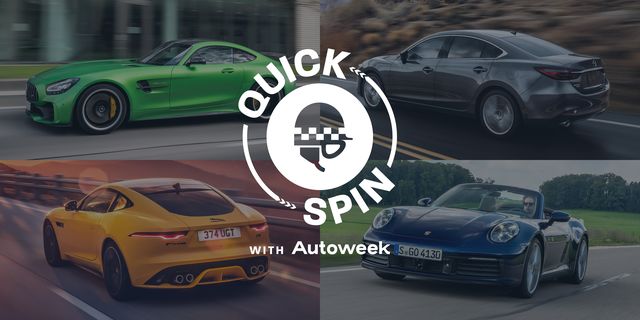 Over the last four episodes of Quick Spin, the Autoweek team has reviewed a diverse collection of cars from the inside out: the Mazda 6, Mercedes-AMG GT R, Porsche 911 Cabriolet, and Jaguar F-Type R. In case you missed any of ’em, we’ve bundled them together here for your listening pleasure.

Like what you hear? Don’t forget to subscribe on Apple Podcasts, Spotify, Stitcher, or wherever podcasts are played!

The 2020 Porsche 911 Carrera Cabriolet Is ‘Pretty Much Perfect’ 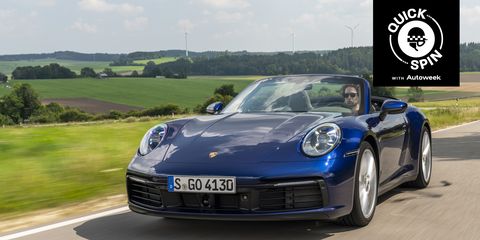 Porsche’s latest 911 generation has further evolved the beloved sports car. Powered by a 3.0-liter turbocharged flat-six, this Porsche 911 might not breathe unassisted like some of the popular models that came before it, but the turbocharger does connect it with the most legendary of 911 variants. Even though the 911 has come a long way since its air-cooled days, the sporting spirit of this nameplate has stayed in place.

In this Quick Spin episode, Patrick Carone takes a 2020 Porsche 911Carrera Cabriolet up to the Berkshires from New York City. He tests the latest 911’s road-trip worthiness and puts its creature comforts through the paces during the journey. (He’s also forced to test how this 911 Cabriolet can handle inclement weather when he drives through a storm!) Carone then joins host Wesley Wren in the studio to expand on the car.

The 2021 Jaguar F-Type R Is Everything Right With Cars 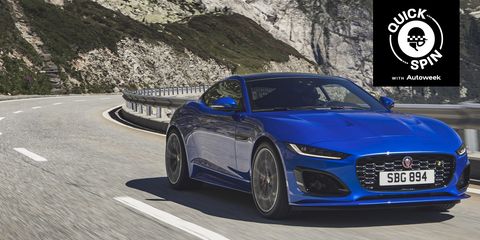 The Jaguar F-Type R might not have changed much in the years since it made its first appearance in 2013, but that lack of change is what makes this 2021 model so special. In its R-trim, this F-Type moves down the line by way of a 5.0-liter supercharged V8 making 575 hp and enough noise to let your neighbors know that you love cars.

On this episode of Quick Spin, Wes Raynal hops behind the wheel of this two-seat Jaguar and puts it through its paces. Raynal guides you through this quick Jag during the walk around portion, and gives you details about the F-Type’s features. After that, Raynal takes you along for the ride while he reviews the car in real time. Peppered in between is Raynal’s chat with host Wesley Wren, in which he elaborates on his thoughts.

The 2020 Mazda Mazda 6 Keeps the Midlife Crisis at Bay 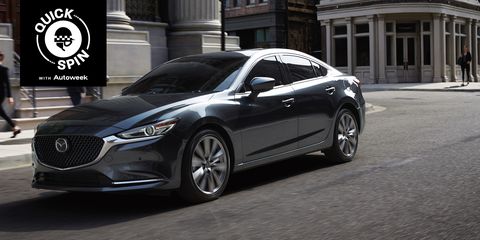 Just because sedans are falling out of favor with some buyers, it doesn’t mean that sedans are going the way of the dodo. Not yet anyway, as long as Mazda has a say. Mazda’s mid-sized Mazda6 takes the fun-to-drive Mazda mentality and shapes into a family-friendly sedan shape. Powered by a 2.5-liter turbocharged inline-four cylinder mill making 250 hp in Signature trim, this Mazda makes more than enough power to get you up to highway speed quickly.

Join Autoweek’s Robin Warner as he guides you through the car before bringing you along as he evaluates the car in real time. Warner also joins host Wesley Wren in the studio to expand on his thoughts and dive into the essence of the Mazda6 and gives the car even more context in the greater car world.

We Conquer Mercedes-AMG’s Green Hell Beast, the GT R in the 11th episode of ‘Quick Spin’ 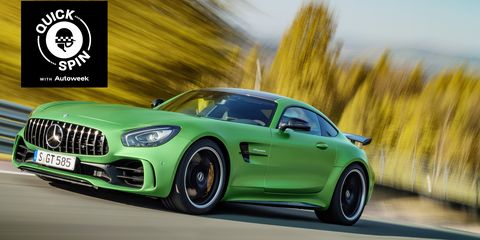 The Mercedes-AMG GT is one of the most beautiful sports cars to ever roll out of a factory. Taking inspiration from the legendary Mercedes-Benz 300SL, the AMG GT has a timeless style that will age well, just as the 300SL has. Though, not to ride just on good looks, Mercedes has progressively cranked the AMG GT up notches and produced the AMG GT R.

In this episode of Quick Spin, Robin Warner puts the 4.0-liter, twin-turbocharged AMG GT R to the test. Warner tackles how it looks, how it performs and how it feels, all the while bringing you along with him. Warner also hops into the studio to talk about all things AMG GT R with host Wesley Wren, before grinding out the essence of the AMG GT R.

Like what you hear? Don’t forget to subscribe on Apple Podcasts, Spotify, Stitcher or wherever podcasts are played.