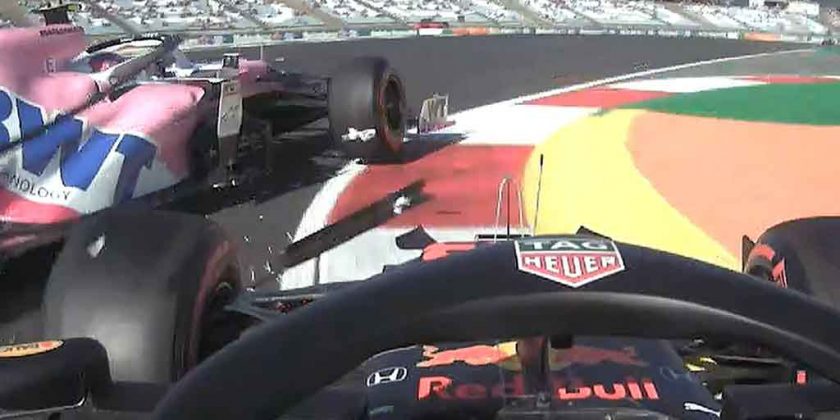 A collision between Max Verstappen and Lance Stroll caused a second red flag in a dramatic FP2 for the Portuguese Grand Prix in Portimao.

The session had already been stopped when Pierre Gasly’s AlphaTauri had broken down on the Algarve International Circuit and set on fire.

But the Verstappen-Stroll incident at turn one was purely down to the drivers, both of whom were placed under investigation by the stewards.

On the pits straight, Stroll was just ahead in his Racing Point with Verstappen’s Red Bull close behind on his inside. As Stroll turned in to the corner, Verstappen was alongside and the two cars touched with the Canadian spinning off into the gravel.

“Is this guy blind? What the f*ck is wrong with him?,” yelled Verstappen over the team radio in his second outburst of the session – he had earlier slammed Carlos Sainz as a “****” and “unbelievable” for overtaking him.

A grid penalty for either or both of Stroll and Verstappen could now be possible, depending on the stewards’ verdict.

Racing Point team principal Otmar Szafnauer launched a vigorous defence of Stroll, who is back in action after missing the Eifel Grand Prix at the Nurburgring due to illness. 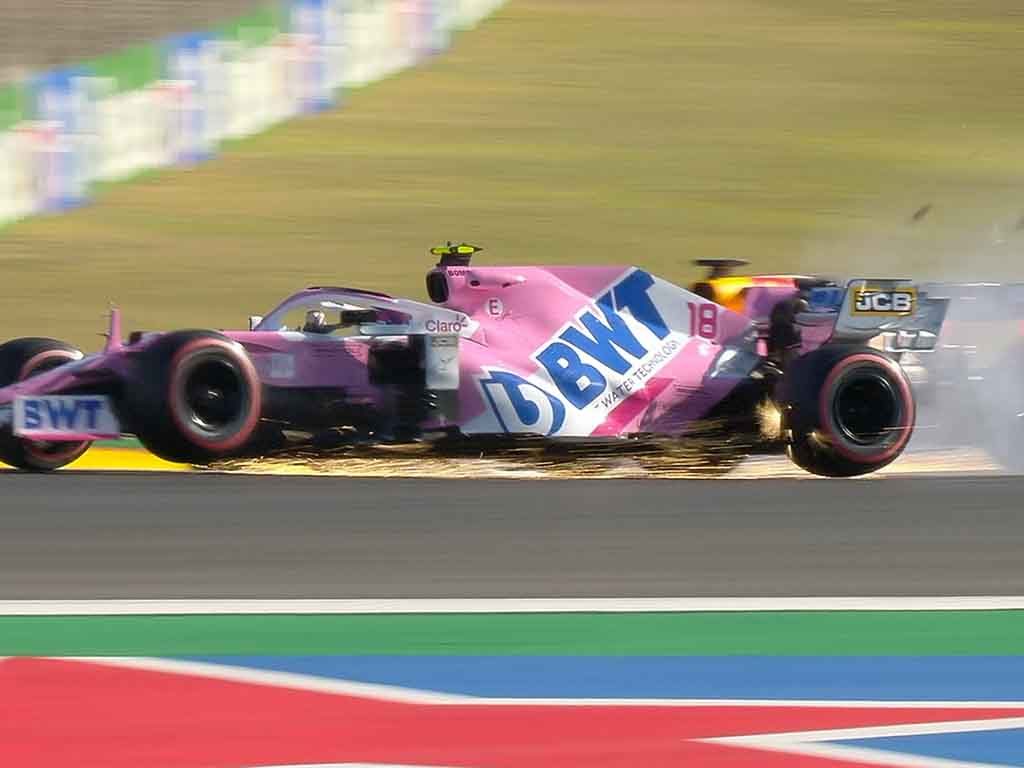 “It looks like Max didn’t realise we were doing two quick laps there and shouldn’t have been where he was,” Szafnauer told Sky F1.

“We often do two [hot] laps and other teams do it too, so it’s pretty common. You don’t always do push-cool-push-cool, sometimes you push twice just to see what the tyre is like.

“Had Lance known Max was there he wouldn’t have turned in.

“There wouldn’t have been communication between driver and engineer that quickly [to alert Lance that Max was there]. We just didn’t anticipate Max to go there.

“What was the purpose? It’s just ridiculous. For what gain?

“But Lance doesn’t know Max was there. It was pretty simple to me.”