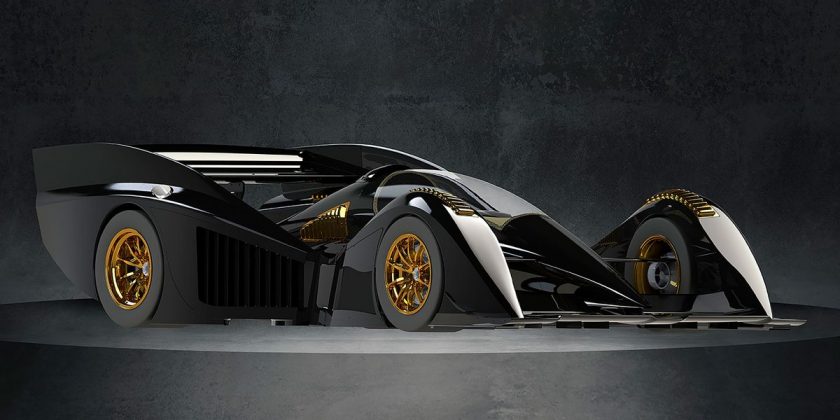 Rodin’s announcement about its new car might as well have come from Gotham City. This is its new track supercar, the Rodin FZero – although it may look like Bruce Wayne’s daily driver, this is the real deal. If you’ve not heard of Rodin before, it’s a car company from New Zealand responsible for taking the failed Lotus T125 project and running with it, resulting in its first car, the FZed – basically an insane track car with a 3.8-litre Cosworth V8 built to fulfil all your F1 dreams. This time, the FZero’s job is to be the ultimate track racing machine, unbound by any racing regulations or road laws, and only 27 will be made.

The Rodin FZero is capable of a ridiculous 1160bhp, from its monstrous 4.0-litre twin-turbocharged V10 and a 174bhp electric motor. This time the engine has been designed and built in-house from the ground up. Rodin says its ICE engine will be the lightest, most compact V10 unit ever built weighing in at just 132kg, will produce 757lb ft of torque, and will rev to a whopping 10,000rpm – we look forward to hearing it scream round a track.

This power will be sent to the wheels through a lightweight (just under 66kg) eight-speed gearbox. The whole car will probably need to be tied down to stop it floating away… at just 698kg, it’ll have a power-to-weight ratio of around 1662bhp/tonne.

Although the FZero has a whopping top speed of over 224mph, Rodin says its light weight means it’s responsive to even the most minimal braking input. It’s not taking any chances, though, and the car is equipped with 380mm front and rear PFC carbon-carbon discs with titanium callipers (six-piston front and four-piston rear). With all the weight savings elsewhere, you might expect the FZero to forgo creature comforts like ABS and traction control, but you’d be wrong – the wild track car keeps this civility. Its hybrid system also provides regenerative braking force, so there’s plenty to slow the FZero down when you need to.

Its massive rear wing that seemingly starts from halfway down the car, the tarmac-scrapingly-low stance and wheel arches that come right up to the height of the driver’s cabin certainly look the part and do an important job producing up to 4000kg of downforce.

First images of the car show it finished in black with many of the car’s panels, intakes and wheels finished in gold. It’s a strong look and an awesome introduction to what Rodin is aiming to be the fastest car on earth…