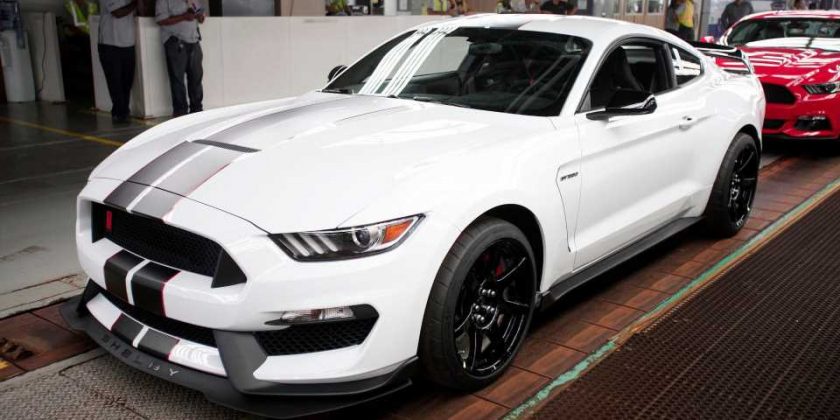 The incident reportedly occurred at around 10:50 pm on Sunday, with four brand new examples of the Ford Mustang GT500 being stolen in the heist. In a move reminiscent of the best action films, police investigators indicated that one of the cars was used to crash through a security gate when exiting the factory grounds. Sadly, no surveillance footage has been provided backing up this claim.

The fresh-off-the-line vehicles didn’t all make it far, though. Two of the cars were recovered, with one found in Brownstown Township just a ten-minute drive from the plant. The other turned up in Southgate, a little further down I-75. The cars were found unoccupied, with one sporting heavy damage to the front end of the car.

The remaining two Mustangs are still at large, with reports stating the vehicles were “Belladonna black” in color. Curiously, this color does not exist for the 2021 GT500, which lists “Shadow Black” as its singular black paint code. No further description or images of the cars have been provided.

It’s not the first time this has happened, either. As reported by Fox 2 Detroit, an almost identical event went down in 2017. Thieves made off with two Mustangs after entering the plant through a hole cut in a fence. Security at the plant seems to be poor, as at the time, police admitted that they had investigated multiple similar thefts in past years.

As far as Mustangs go, the GT500 would be a popular choice for a quick getaway, boasting 760 horsepower from its supercharged V8 engine. However, the old adage remains true; escaping the police is fraught, as it’s difficult to outrun a radio.

Police are looking for information regarding the stolen Mustangs, though tracking down a black Mustang in Detroit is a task akin to identifying one certain piece of hay in a haystack. Still, if you find yourself at a track day at Waterford Hills and there’s a rather bold chap boasting about his new Mustang GT500, maybe don’t clue him in on where you park your car at night.

Got a tip? Let the author know: [email protected]