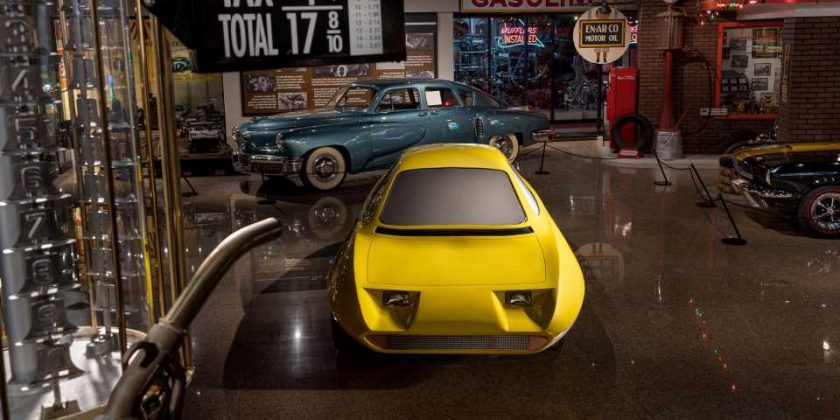 By now, you may have heard about the mesmerizing documentary about the Dale Clift-designed three-wheeled two-seater sports car and its champion, Liz Carmichael. Bold, brash, and unafraid to stretch the truth, Carmichael sold the idea of the Dale as the solution to the 1973 oil crisis with unheard-of fuel efficiency and created a marketing campaign that lured in some of the most discerning people in the business. HBO is featuring The Lady and the Dale documentary as a four-part series, and its unusual and thoughtful delivery makes it a must-watch for automotive enthusiasts.

Early in 1975, Carmichael rebranded the Dale as the Revette and convinced the Price is Right game show to include it as a prize during a Showcase Showdown (luckily, since the car wouldn’t be produced anyway, the contestant didn’t guess the price correctly). Ultimately, despite the firestorm of publicity, Carmichael and her company were caught flying too close to the sun and the whole house of cards came tumbling down soon after that; only a few prototypes of the vehicle were ever made. One sits at the Petersen Auto Museum in California and one in a private collection that hasn’t been seen in decades. The last fiberglass mockup sits, improbably, at the Speedway Motors Museum of America Speed in Lincoln, Nebraska. The story of how this mockup came to be in the middle of the country, hundreds of miles away from its inception, is woven into hot rod folklore. Carmichael’s company, Twentieth Century Motor Car Corporation, crumbled under the weight of false claims and millions of missing dollars in 1975, and somehow it ended up on the roof of a muffler shop, Curator of the Speedway Motors Museum of American Speed Tim Matthews told me on the phone. 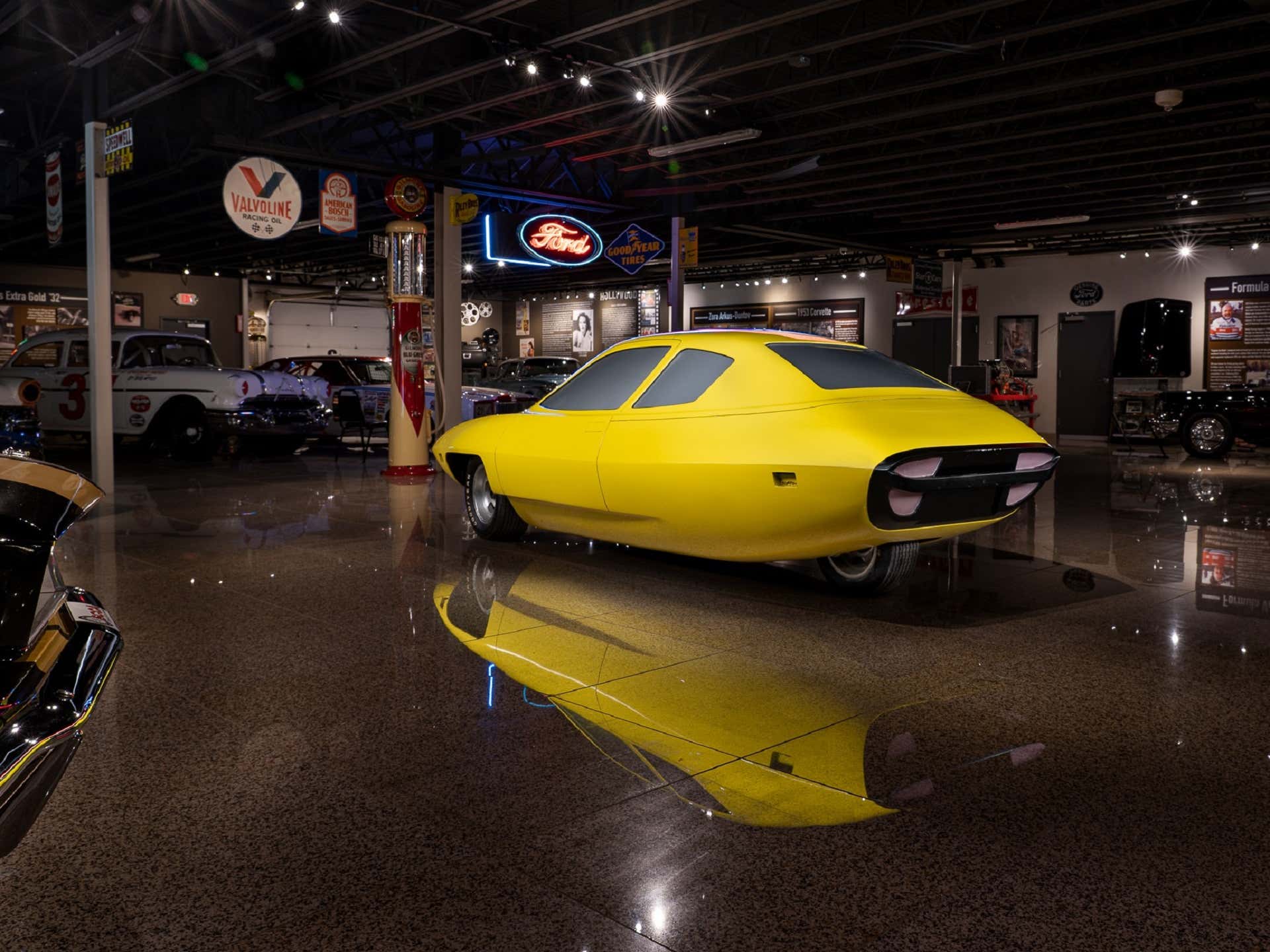 Not long after the implosion of Twentieth Center Motors, hot-rodder Dean Moon happened to see the bright yellow Dale perched on top of the muffler shop. Knowing the intrigue behind it, he inquired about buying it and convinced the owner to part with his new trophy. Moon, founder of parts company Moon Speed Equipment (of the famous “Mooneyes” logo), had some serious credibility in the business: he was also one of the original founders of the Specialty Equipment Market Association (SEMA). He also had the distinction of owning the garage in which his friend Carroll Shelby installed a small-block Ford V8 in the first Shelby Cobra in 1962.

Moon saw a demand for the Dale and he planned on taking molds, building a chassis, and creating a kit car, Matthews told me. But then he realized the story was too hot and the government wasn’t too keen on bringing the Dale back after it had cost left a lot of people with egg on their faces. He called his friend “Speedy Bill” Smith to tell him about the Dale and wondered what he was going to do next.

Smith, the son of a mechanic born in Omaha, Nebraska, founded Speedway Motors there in 1952. He talked Moon into selling him the Dale and the kit, thinking maybe he’d take over from there. But Smith, ever the pragmatist after many years in the industry, determined it wasn’t a good idea for his shop, either. Instead, he held onto it as part of his collection and when he opened his Museum of American Speed in 1992, he gave the Dale its own space on the polished floor.

The museum is currently closed but scheduled to reopen April 1. It’s a three-story, 150,000 square foot building filled with compelling stories like the Dale’s. Matthews says that although many museums will close because of the pandemic, theirs is growing. The Speedway Motors museum is best known for engine technology and hot rods and includes a large collection of pedal cars and toys and the buzz around The Lady and the Dale will bring more visitors to see the unusual vehicle. If you go, you can get pretty close to the brightly-colored mockup and marvel at its history in person.

At the Petersen, where the other mockup of the Dale was acquired a few months prior to opening in 1994, I expect more interest in this absorbing and twisting story.

“Today, many museum visitors who happen upon the car during a vault tour walk right by it without imagining that such a decrepit piece of fiberglass could have any kind of story worth telling only to find out that it just happens to be one of the most interesting of all,” reads the museum’s description of the Dale.

Matthews says the Dale is very interesting right now because it’s coming out of a sleepy period during which the story was largely forgotten until Nick Cammilleri’s documentary launched this year.

“I think the most interesting thing about the Dale is that it was not dismissed even by those who understood the market,” he said. “The fact that people were interested in the Dale project was intriguing; they didn’t treat it as it was a farce, they gave it some credit. In our society, we always want to paint people in black and white, but this story should paint a picture that is much more complicated than that.”