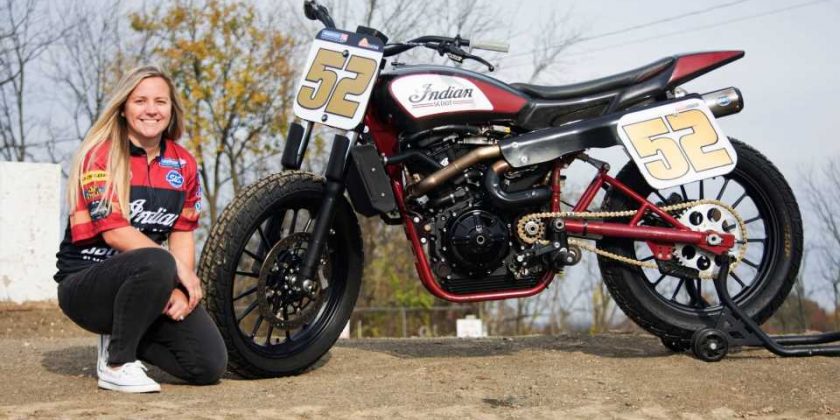 Born into a motorcycle racing family, Shayna Texter-Bauman has forged her own path to become the most winning rider in American Flat Track Singles division. She became the first woman to win an AFT Main Event with her GNC2 win in 2011, and has earned so many championships that her number is nearly double that of the next rider down on the list. Texter-Bauman signed with Red Bull KTM Factory Race Team in 2019 and has racked up 19 Main Event wins.

As of this week, Texter-Bauman has parted ways with Red Bull KTM to sign on with Indian Motorcycle as a member of its Wrecking Crew. She’s making the switch from singles to SuperTwin and will be riding an Indian FTR750, which has a lightweight carbon fiber body and is powered by a V-Twin engine. Her KTM has a single overhead camshaft cylinder and the chassis weighs a shade over 220 pounds. In contrast, Texter-Bauman’s new Indian FTR750 features double overhead cams and is heavier, so it will be a new challenge for her (one that I have no doubt she’ll rock). 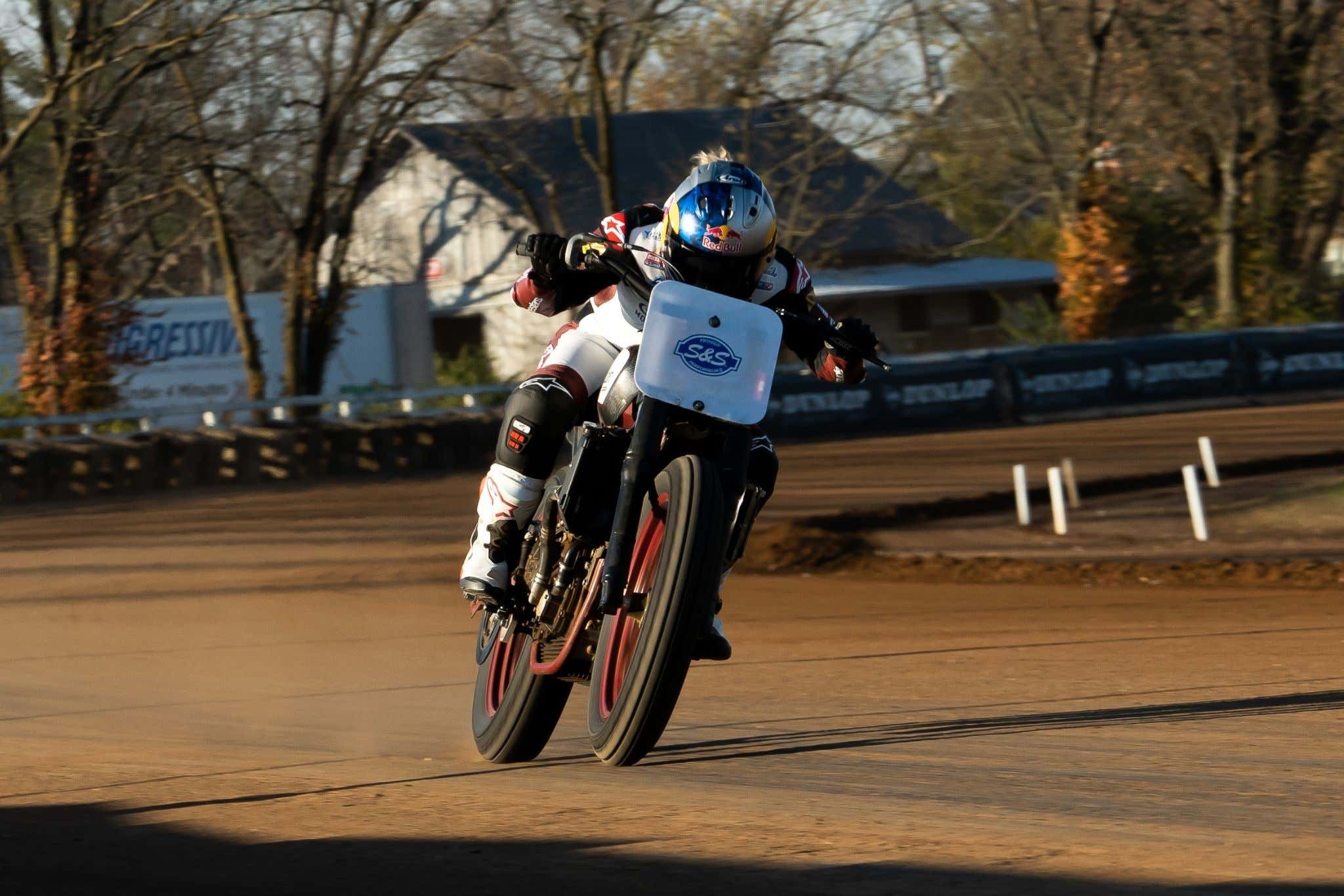 “This announcement marks a key moment in my journey as a racer. I’m humbled to be joining the Wrecking Crew and cannot wait to get out on the track on the incredible FTR750,” said Texter-Bauman. “I’ve been at this for a while now and have always had the desire to finish my career on a Twin. I’m beyond appreciative of everyone that has supported me along the way. I still have that fire to race and have some lofty goals that I would like to accomplish before I’m finished racing. I’m definitely looking forward to this next chapter racing SuperTwins.” 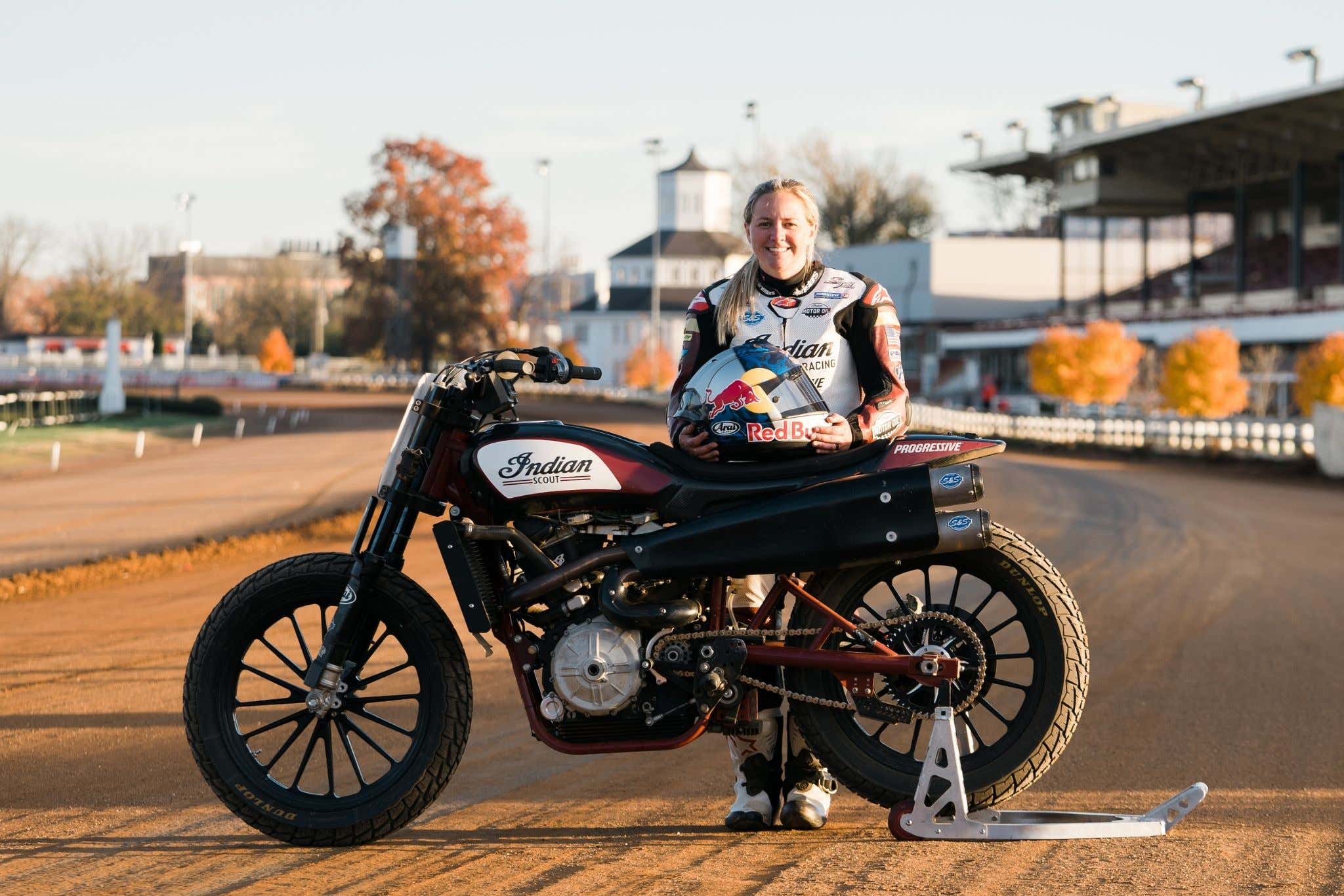 “When we have the fan walk in the paddock, the line outside Shayna’s tent for autographs is longer than anybody else’s,” AFT CEO Michael Lock told RideApart in February. “That line is made up of moms and dads bringing their little kids, particularly young girls. They’re not used to seeing somebody who looks like them in racing. I think we might be a microcosm of a lot of things going on in society and changing values and changing attitudes.”

If you’ve never experienced an American Flat Track race, it’s absolutely insane. Riders are elbow to elbow and the pace is unforgiving and thrilling. Texter-Bauman is tough, and I’ll be cheering for her.