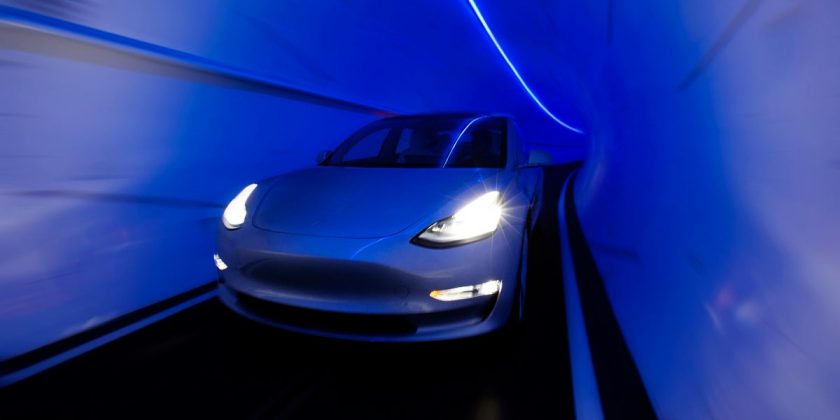 “This category of questions is extremely common and extremely sensitive. Public fascination with our founder is inevitable and may dominate the conversation. Be as brief as possible, and do your best to shut down such conversation.”

That’s the guidance issued to drivers on The Boring Company’s Las Vegas ‘Loop’ regarding queries they may receive about Elon Musk. The wording comes from a ‘Ride Script’ obtained by TechCrunch along with various other documents detailing the facility’s operations via public records laws.

The “recommended responses” about Musk sound like the sort of thing an authoritarian government might issue, including: “He’s awesome! Inspiring / motivating / etc.” If the employee is asked if they like working for the man, the reply can be: “Yup, he’s a great leader! He motivates us to do great work.”

The drivers are asked to be vague about many subjects, including the cost of constructing the loop and any past accidents. “It’s a very safe system, and I’m not sure. You’d have to reach out to the company,” is the suggested response for the latter. All of this is merely the tip of the iceberg – TechCrunch’s report goes much further if your creepiness threshold hasn’t yet been reached.

Built at a cost of over $50 million, the Loop has a target capacity of 4400 passengers per hour. Users are shuttled around the Las Vegas Convention Centre (LVCC) in a fleet of 62 modified Teslas. Although the original intention was for cars to pass through the tunnels at speeds of up to 150mph, there are currently much lower limits in place – 10mph in stations, 40mph on straights, and 30mph around corners. Clark County hasn’t allowed the use of Tesla’s Autopilot driver assistance programme in the tunnels.

As noted by Tech Crunch, each of the Teslas – a mix of Model 3, Y and X vehicles – has an RFID chip allowing them to be tracked. 24 data streams covering things like speed, charge and seatbelt status are monitored at a nearby operations centre along with the feeds from 81 fixed cameras.

Although the Loop is currently fairly small (around 1.7 miles), two extensions are in the works, allowing for guests at local hotels to be ferried to and from the LVCC. The master plan is to have a 40-station network covering a good chunk of Las Vegas including the famous Strip and the city’s downtown area.