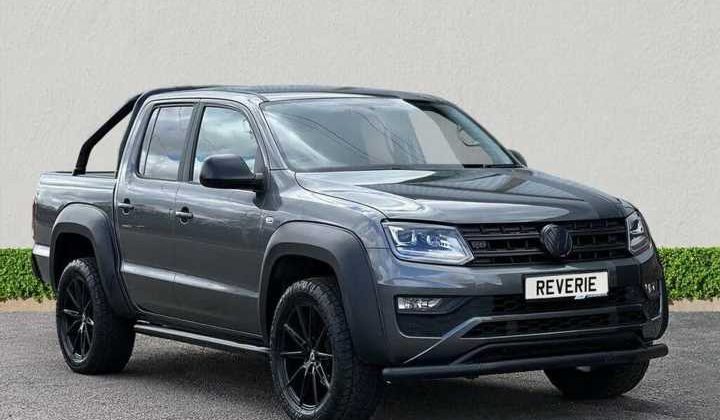 VW has stopped building its own pick-up. Shame…

Now, I don’t know what the reception will be like for a nearly-new pick-up truck among the PH fraternity, but I happen to love the Volkswagen Amarok, so I thought I’d test the water and tell you why. Pick-ups are generally as agricultural as muck spreaders – and depending on who’s used them previously, have the potential to smell like one, too – but not the Amarok. Of all the pick-ups I’ve driven – and I have driven many – this is the only one that I’ve wanted to own.

I know cockroaches and Toyota Hiluxes will be the only things left after the atomic dust has settled on World War III, and when it comes to proving the durability of a car that’s most definitely something to be admired. But this is because it is a tank fitted with a pick-up body, which is why it drives like one. The same is true of the Isuzu D-Max, the Nissan Navara and the Mitsubishi L200. They’re so clunky and cart-like that when you see the bright light and the mushroom cloud appear before you, you’ll be thinking “oh thank god, the pain will be over soon” as you wind down the windows and head at full speed towards its epicentre. Which you’ll struggle to reach because D-Maxes and the like are so damn slow.

The Amarok isn’t slow. This is because it has a fantastic 3.0-litre V6 diesel with many power options: 163hp, 204hp, 224hp or 258hp, and every one of them is plenty quick enough. And you can even have the entry-level ones with a six-speed manual gearbox, which to my mind makes the Amarok even better still. Sure, the gear lever has a gate the size of the pearly ones in heaven, but the fact that it’s light and relatively stubby makes up for that. Plus if you don’t want to use it, then don’t. The V6 is so ridiculously torquey that it’ll easily pull away in second, which makes me think that it’ll cope with third-gear getaways and that will cover most things. If you do use all the gears and rev it out from time to time, you’ll notice that it doesn’t sound like something that Perkins built for Massey Ferguson, either. It is wonderfully smooth. If you don’t like changing gear yourself, the more powerful iterations have the brilliant eight-speed ZF auto, too, and this is miles better than the equivalent self-shifters in its rivals.

Then there is the Amarok’s ride. It has one for a start. This is because it has something called suspension, which is designed to allow each of its wheels to move up and down when they come across a bulge in the road. It makes the Amarok comfortable and something you can live with on a day-to-day level. Meanwhile, I’m pretty sure its rivals don’t have suspension, because if you hit a bump, even a little one, in an L200, for example, it will cause your spleen to bulge. That’s not all that’ll be bulging, either. The vein on your temple will be as well, and pulsing like mad every time you attempt to use the L200’s infotainment system. This is because you cannot actually use it. It was designed by someone with ADHD who simply got up and left halfway through without finishing the job. The Amarok has Volkswagen’s old infotainment system – you know, the one that was simple and easy to use, rather than the ID.3’s one, which isn’t.

Do you tow? Well, that’s another reason to choose the Amarok. In a previous life, one of my jobs was assessing the best vehicles to tow with. Pick-ups generally weren’t that great because they’re so light over the back end. Except the Amarok, which was as steady as, well, a rock, even with a whacking great load hooked up to the hitch.

So there you go: if you want a pick-up – and it seems like an ever-increasing number of working people do – buy an Amarok, because it’s brilliant. Or a Ford Ranger, which is also good. And probably why Volkswagen decided to stop making its own expensively engineered truck and buy the licence to build Ford’s new one instead. Let’s hope it’s a goods as this one.