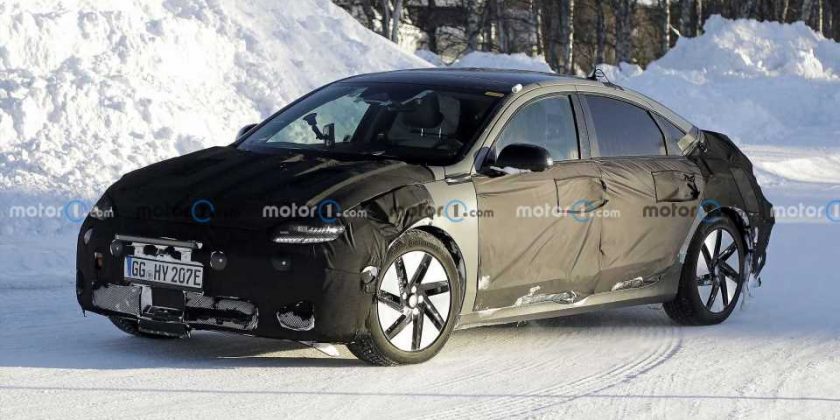 Hyundai previewed the Ioniq 6 in 2020 with the Prophecy Concept. Since then, the production car our spy photographers have captured has revealed that it’ll retain the concept’s overall styling, though we’ll know for sure soon enough. Hyundai design boss SangYup Lee told Autocar that the new EV would debut in the next few months.

He didn’t provide a specific date, though the latest rumors point to the model going on sale for the 2023 model year, so a reveal has to be close. The new EV will be Hyundai’s second, pairing with the Ioniq 5 crossover that launched for the 2022 model year in the US. The new EV will share more than the Hyundai badge, though. 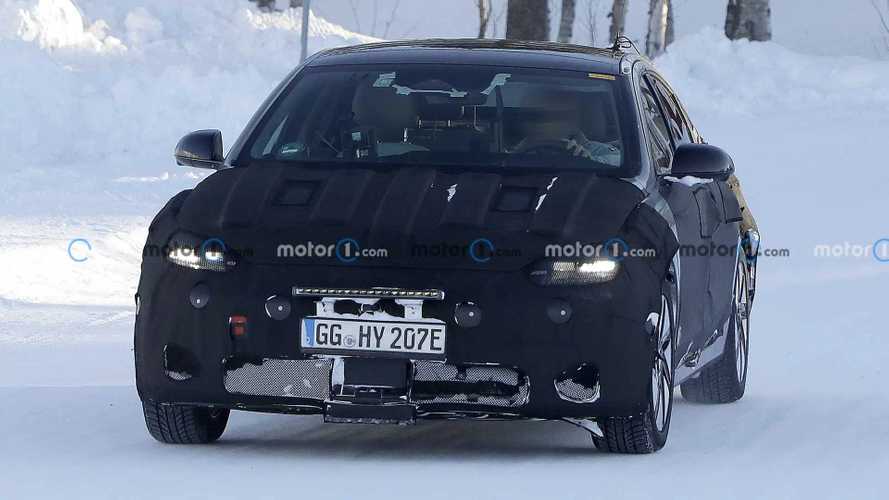 The two EVs ride on Hyundai’s E-GMP platform, and the two should share the same 77.4-kilowatt-hour battery, at least in the US. A report from last year alleged that Hyundai had delayed the Ioniq 5’s launch so that the company could fit the larger 77.4-kWh battery. The Ioniq 5 offers a smaller, 72.6-kWh battery in other markets, and we expect Hyundai will provide a variety of pack sizes for the Ioniq 6.

We don’t have official specs, but one leak suggested that the top-tier model could hit 62 miles per hour (100 kilometers per hour) in 5.2 seconds. That’s with the car packing a dual-motor, all-wheel-drive configuration. There will likely be less-powerful single-motor models, though enthusiasts should watch for a potential high-performance N variant.

The platform can deliver over 311 miles (500 kilometers) of range, but it’s unclear how much of that will be available in the Ioniq 6. The car’s sleek shape and low drag coefficient should help with the range.

The interior design is still a mystery, but a spy video revealed portions of it. Models in specific markets will offer side-view cameras integrated into the dash but don’t expect those on the US model. The Ioniq 6 will likely adopt the dual-screen dash layout seen in the crossover. 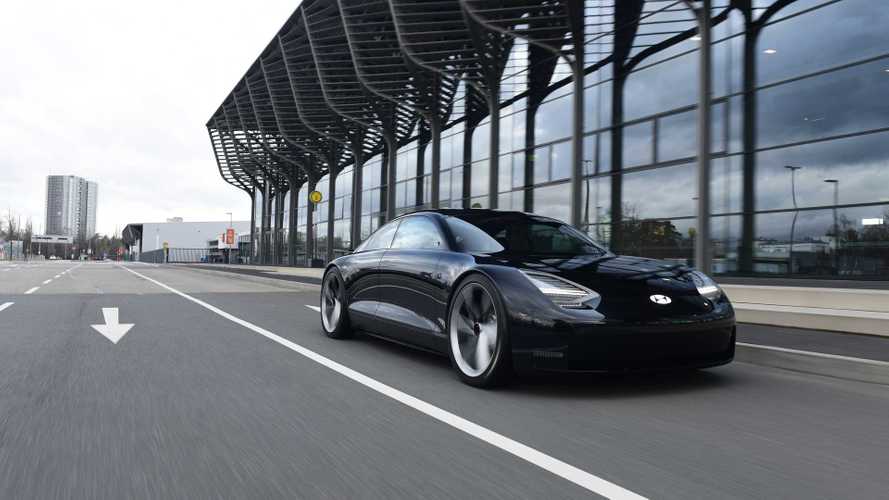 We can only guess when Hyundai will reveal the new model. However, Lee also said the company has signed off on the design. It has been done for a while. Hopefully, that means a debut is right around the corner. Either way, the wait shouldn’t be long now.