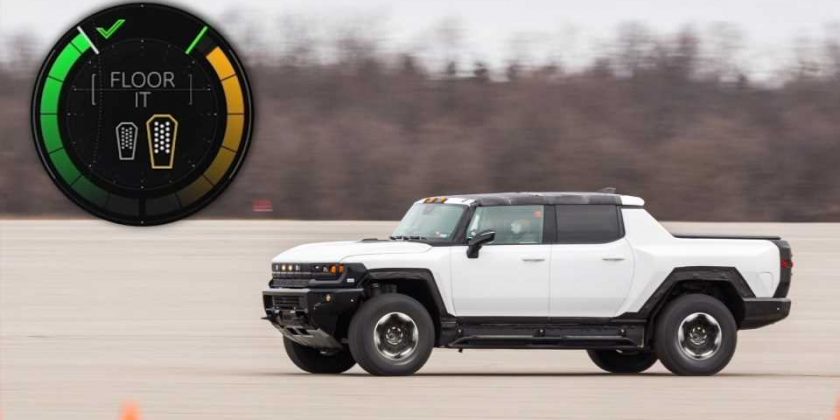 These days, it’s not enough to simply make a reliable, straightforward vehicle to suit the needs of a given market segment. Everyone’s out there doing that already, except maybe the reliable part, so you need to differentiate your company’s offerings if you’re going to stand out. In the burgeoning EV market, that’s often done with special tricks and secret modes, and GMC is looking to get in on the action with the new Hummer EV. It sports a launch control system it’s calling Watts to Freedom mode, aka WTF, which you can see in action on YouTube.

The system works similarly to launch control systems on other EVs. Select the special mode, and the vehicle first pre-conditions the battery by getting its temperature set just so to deliver maximum power, while the suspension is lowered and the vehicle hunkers down. The driver then presses the brake down, then floors the accelerator pedal. On releasing the brake, the vehicle launches forward at maximum tilt. 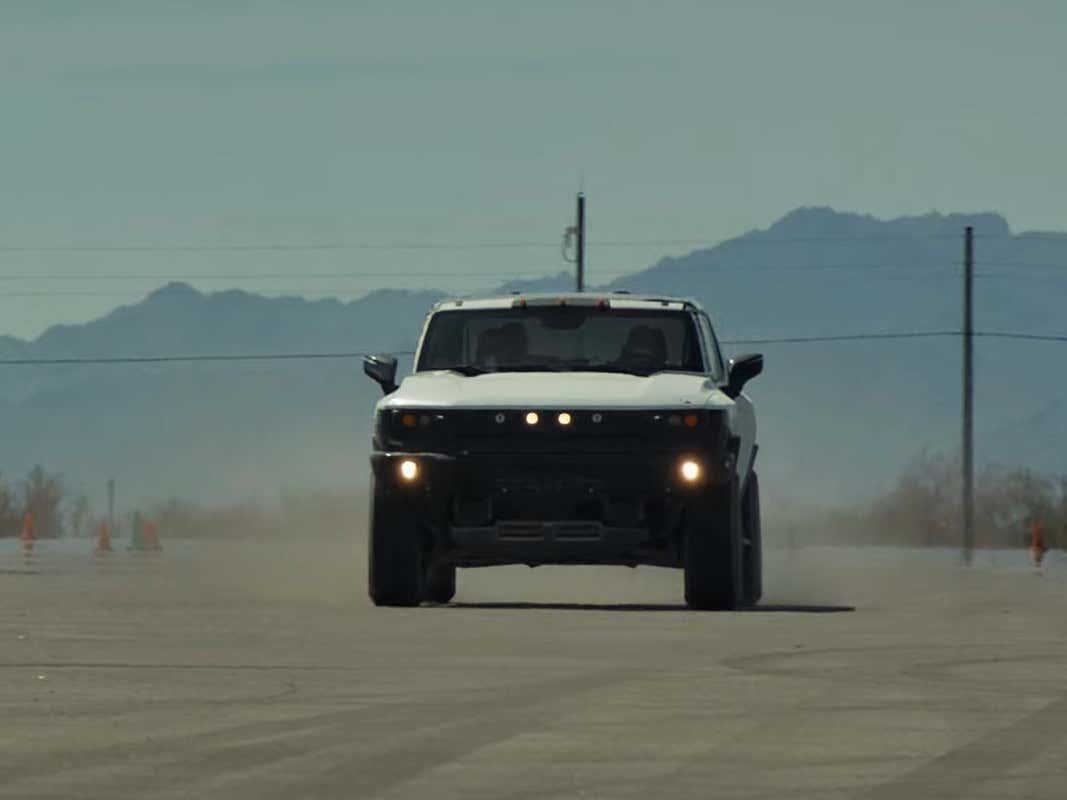 Like most high-performance EVs, the launch is at once incredibly rapid while remaining completely undramatic from the outside. That’s down to the instant-on torque from the electric motors, combined with the likely prodigious grip available as the vehicle reportedly weighs over 9000 lbs. It’s unclear precisely why, but the Hummer in the video has most of its plastic cladding removed, leaving it with a somewhat odd appearance. Plastic attached or no, GMC claims that in WTF mode, the pickup model should be capable of hitting 0-60 mph times of just 3 seconds, with the SUV version marginally slower at 3.5. 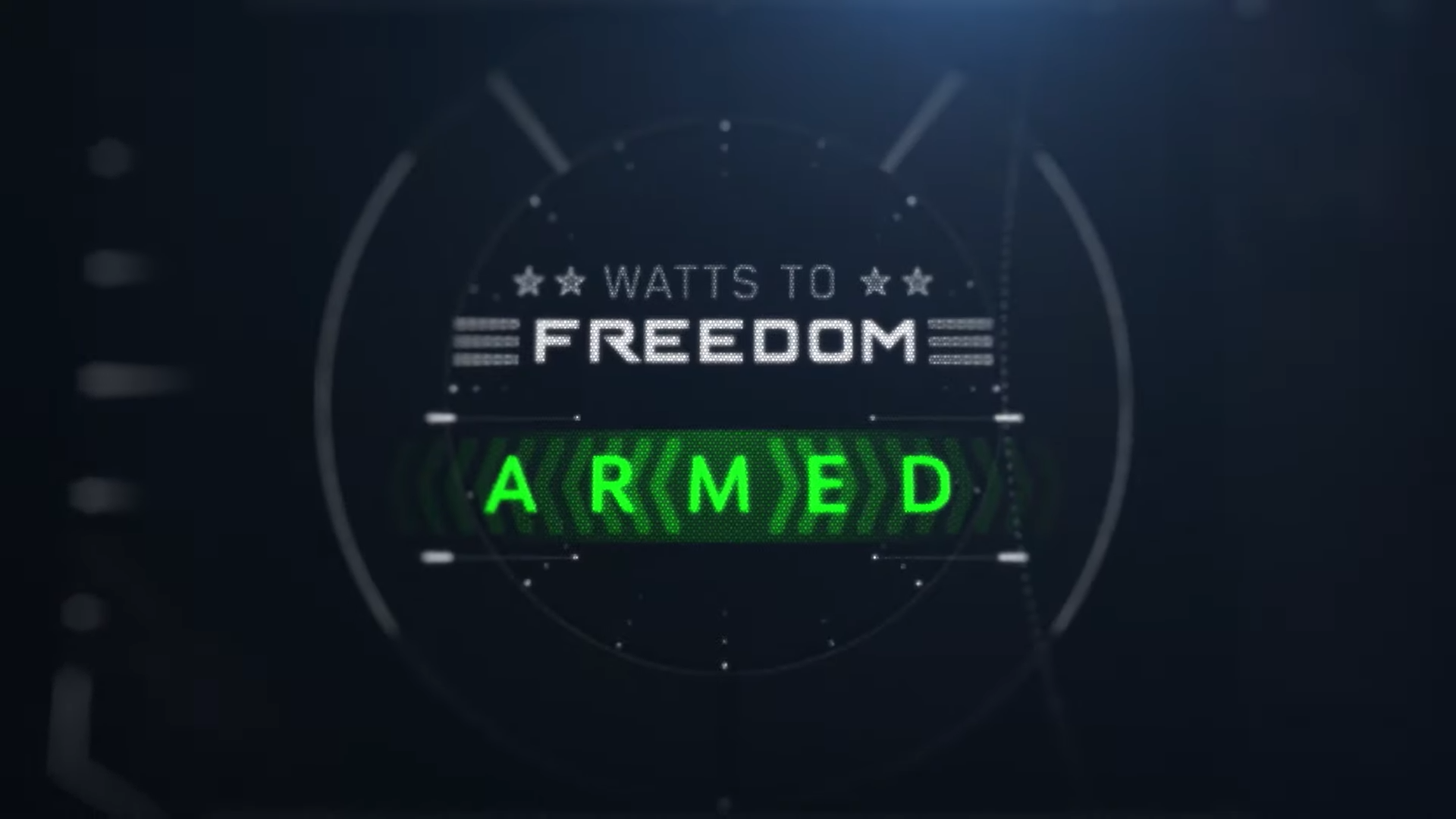 The benefit of fully-digital dash displays is we get graphics like these. Hopefully the futuristic animations come to the production model.

There’s not a lot of detail in the video, just a big Hummer launching in what appears to be a GM testing ground cut together with graphics from the dashboard indicating the launch control mode. Said graphics are very futuristic-looking and cool, but you’re probably best advised to keep looking out the window when accelerating at such rapid pace. With that said, we do support any dashboard message that implores you to “FLOOR IT,” so credit where it’s due.

We’d like to applaud GMC for choosing such a naughty acronym for the Hummer’s zoomy launch control mode. With that said, “Watts to Freedom” doesn’t exactly roll off the tongue, nor tie in clearly with the idea of going fast in a straight line, and we feel like they could have done better in that regard. “Way Too Fast” mode took this writer less time to think of than it takes the Hummer EV to get to 60 mph. Then again, Tesla get by with using references to old movies for their launch control so perhaps we’re being overly harsh. Regardless, if you do find yourself behind the wheel of the gigantic off-road EV once it hits the streets, just make sure there’s nothing delicate in front of you before you let it rip.