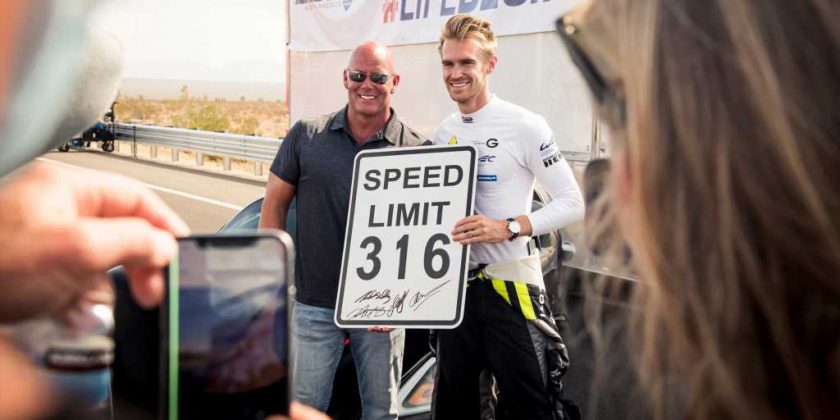 A few days ago, SSC told the world that its Tuatara had achieved something remarkable: A road-legal, production car that crushed the Koenigsegg Agera RS’s top-speed record on a (closed) public road. The numbers are staggering: an average of 316.11 mph derived from two runs, one of 301 mph and one of 331 mph. SSC’s previous car, the Ultimate Aero, also held a top speed record for few years before Bugatti snatched it back—but despite this, SSC is still a small company, and there are doubters.

A prominent YouTuber’s conspiratorial Reddit thread earlier this week cast doubts on the run’s validity, based on an analysis of certain aspects of the published video—counting the elapsed time between a few points, comparing it to the Agera RS’s run over the same stretch of road, and noting that the speedometer doesn’t seem to match the overlaid data. But what this video doesn’t rely on is the actual telemetry—it’s an analysis of a video. SSC isn’t using the published video to validate its claims with Guinness World Records.

That brings us to today’s news. Dewetron, a GPS data analysis company with a fair bit of experience in validating top speed record runs, has gone over the SSC Tuatara’s data and claims its 316.11 mph record run is indeed valid. The company says its equipment has been used to confirm four out of the five previous record runs before the Tuatara’s, including for the Ultimate Aero. We haven’t independently verified the data, but a company with skin in the game has—professionals whose reputations are on the line. It’ll take more than a bit of YouTube sleuthing to second-guess their GPS data—and, we should mention, GPS systems are more than accurate enough to precisely verify the speeds of this run. And then, of course, Guinness World Records will examine the data and perhaps certify it as a valid world record.

For whatever production car top speed records are worth—a subject worthy of debate, for sure—this one seems to be on the up and up, with established organizations putting their reputations on the line. Case closed.