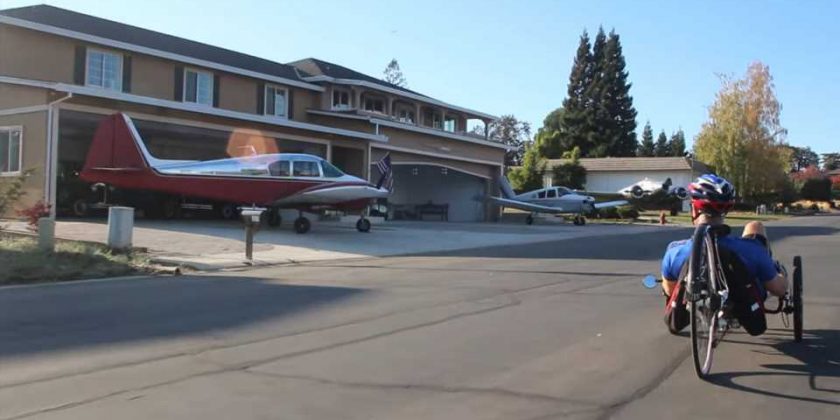 It goes without saying, but flying cars are whack. I don’t trust my neighbor to back out of their driveway without hitting my trash cans, let alone add an entirely new axis of travel to their itinerary of vehicular destruction. Perhaps that’s one of the reasons why airplanes are highly regulated, and why aviation enthusiasts across the country are building airplane-friendly communes to make sure they have access to their beloved hobby as efficiently and safely as possible.

Welcome to the concept of airparks. These tiny villages are paved with extra-wide streets and houses with garages straight out of dreams. And the residents? All folks who love aviation. 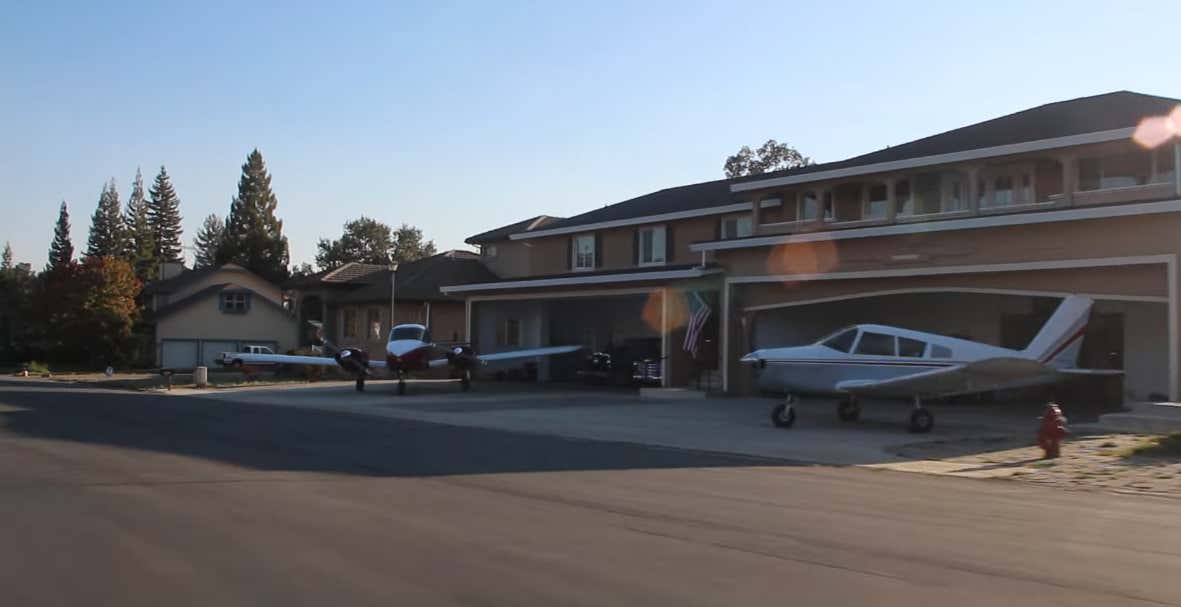 These communities are built around small airports and are meant to give pilots the ability to store their planes at home. This means building houses with huge attached or detached garages. In fact, you’d be forgiven if you mistook them for tiny personal hangers given their size. And because some people also use their garages for their cars, the homes also have extra wide driveways that can be used to store the planes outside as well.

One of these airplane-centric communities is Cameron Airpark Estates, which sits several miles east of Sacramento, California, and is one of the more scenic examples in the country. Its quaint nature feels almost as if the U.S. ditched cars during the Cold War and decided to invest in air travel instead. Nearly every home has a flying contraption parked in its driveway. The streets are also cleverly named, such as Cessna Drive, Aeronca Way, Boeing Road, and even Lockheed Court.

You can even have a virtual tour from an oddly specific YouTube channel called “Bikes, Trikes & Razors“.

In typical California fashion, homes are just as expensive as one might expect. Every last home is valued at well over $500,000. The only active real estate listing in the neighborhood is to the tune of $1.5 million—and yes, it has a glorious garage. That might seem expensive (and for the average person, it is), but these are pilots that we’re talking about. It’s quite a niche market that these particular houses are catering to. After all, how many homes in America allow you to park your plane and then just drive it to the airport?

As it turns out, more than you’d think. Living With Your Plane estimates that there are around 617 Air Parks in the United States—the majority of which are located in Florida, Texas, and Washington. Some of the homes built for the fly-in communities have even belonged to celebrities like John Travolta (before he lived at the Jumbolair). The faces of NASCAR also seem to love these developments, as Richard Childress, Mark Martin, and Mike Skinner have all reportedly owned homes built in airparks.

These types of niche communities are cool, and you have to appreciate when groups of enthusiasts love their hobby so much that they’re willing to live it out to this extent. I couldn’t even imagine what the automotive equivalent to this would be—maybe a run-down trailer park packed with ’90s rear-wheel-drive econoboxes sliding around a big dirt track?