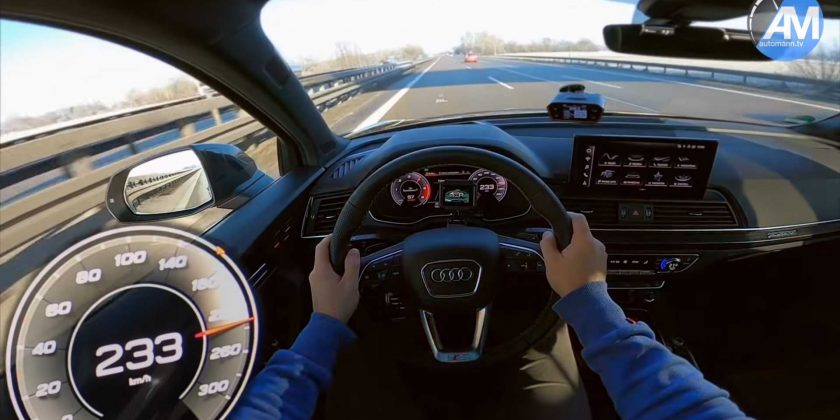 The coupe-like crossover has spunk.

Diesel engine and high-speed Autobahn runs are an odd pairing; however, the powertrain motivates the Audi’s latest sporty crossover – the 2021 SQ5 Sportback. The German automaker introduced it late last year, wearing a coupe-like body style that Audi shrink-wrapped around the four-door model. A new video from the Automann-TV YouTube channel puts the SQ5 through its paces on the Autobahn, including hitting its top speed.

Audi slipped a diesel engine under the SQ5 Sportback’s hood, unlike what it offers in the larger SQ7 and SQ8. It’s a 3.0-liter V6 with an electric turbocharger that 337 horsepower (251 kilowatts) and 516 pound-feet (700 Newton-meters) of torque. It also features a mild-hybrid system, which adds efficiency and weight. When Audi introduced the model, it had announced the crossover could spring to 100 kilometers per hour (62 miles per hour) in 5.1 seconds with its top speed reaching 250 kph (155 mph). 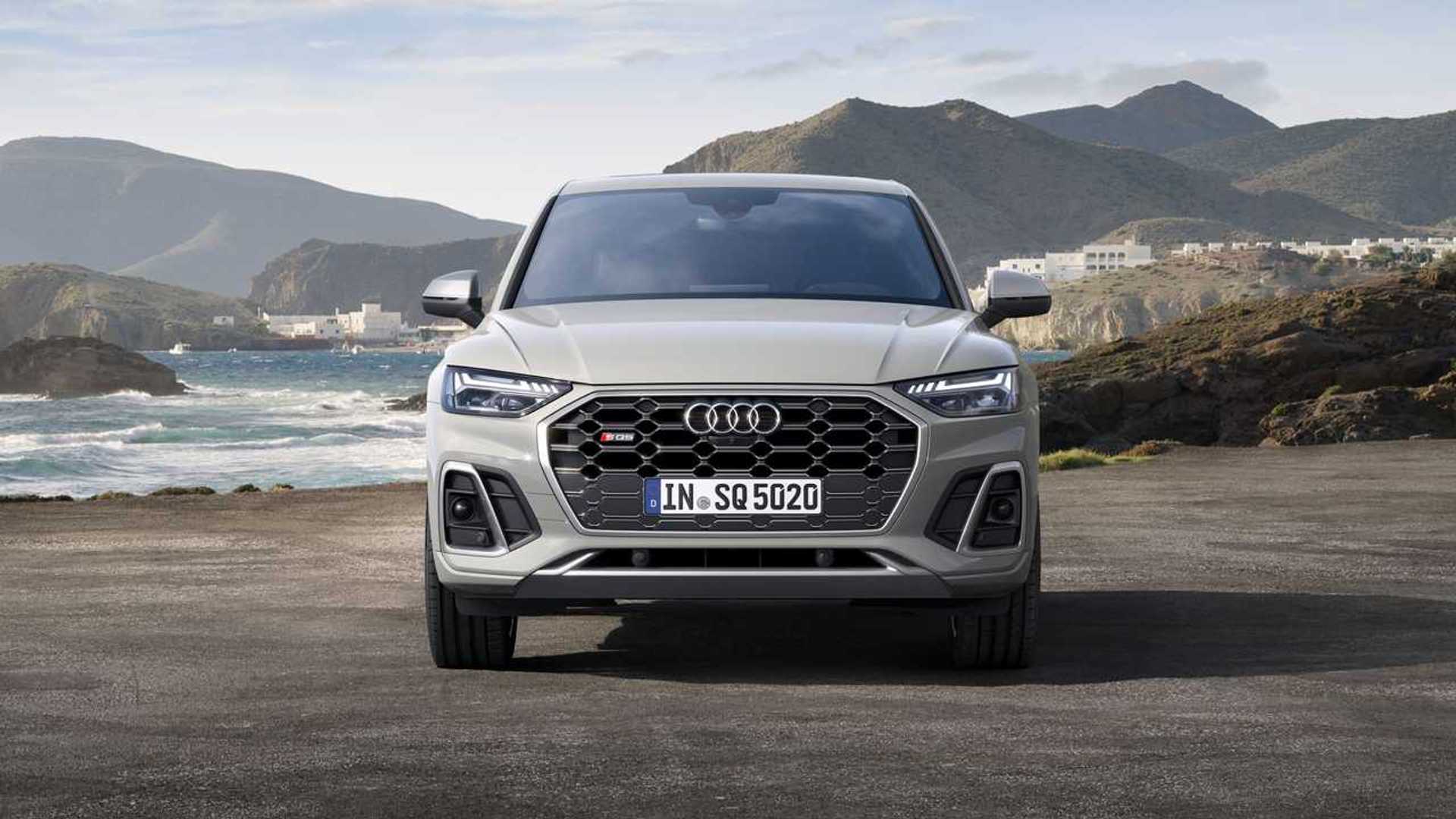 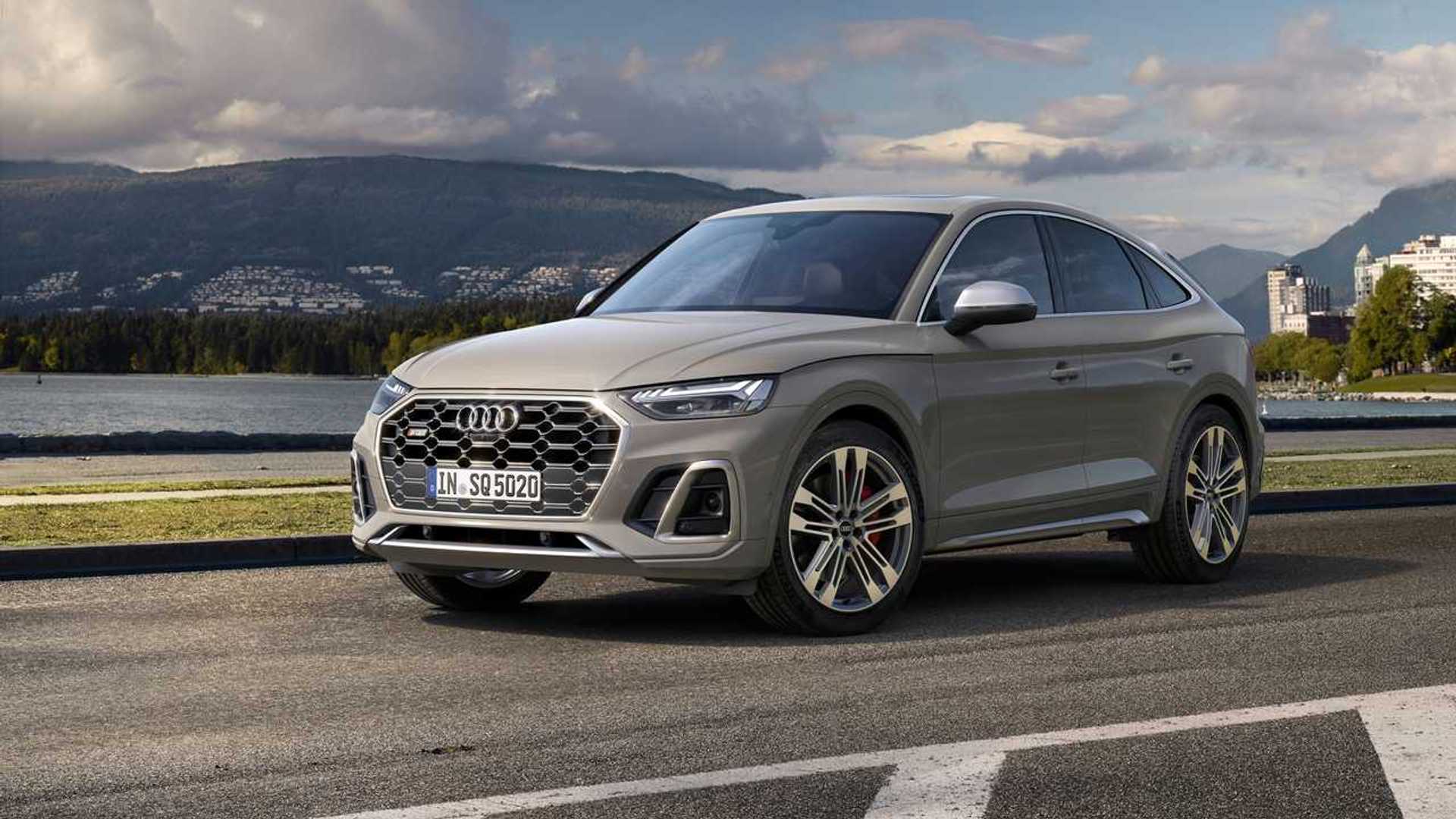 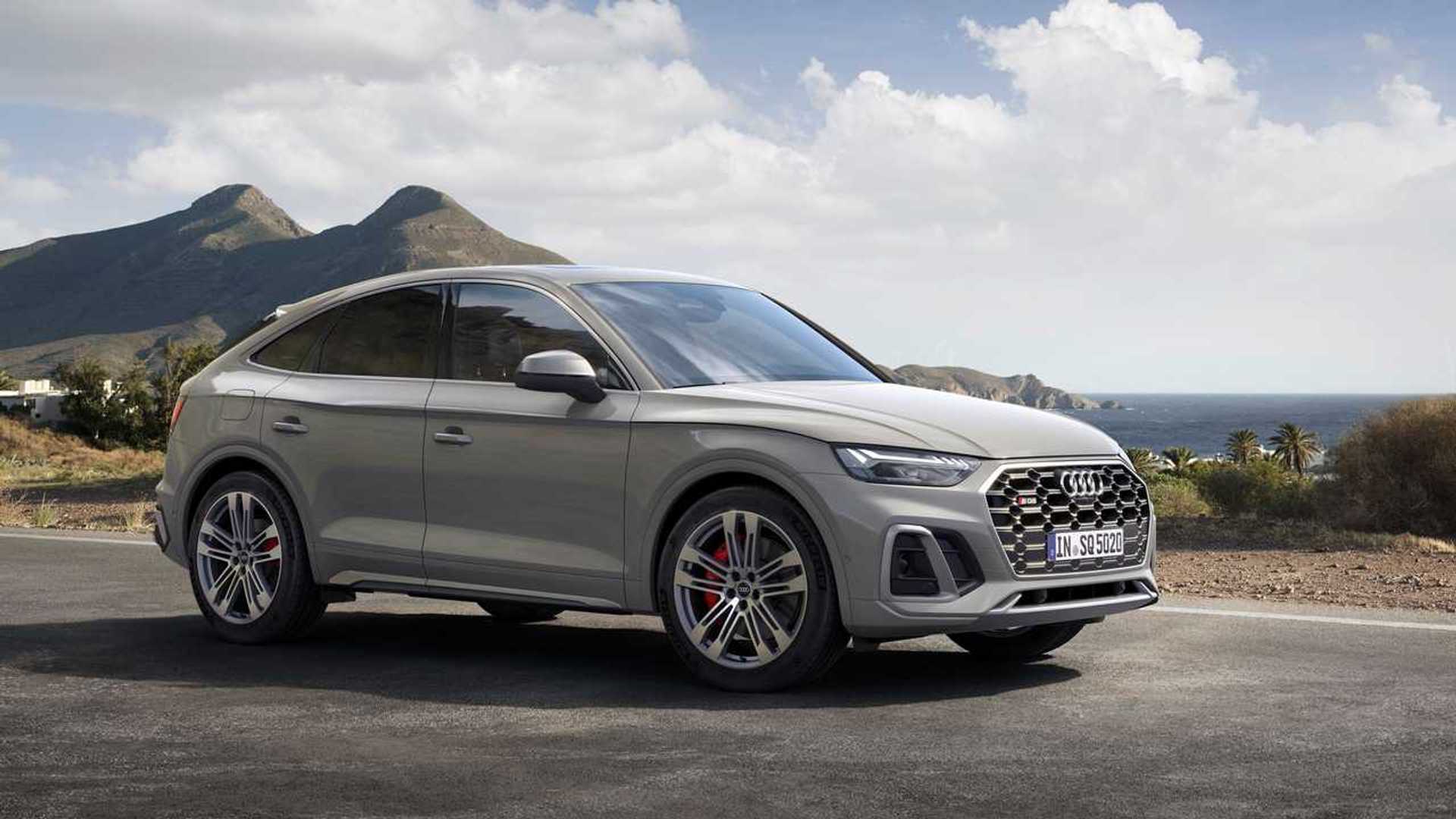 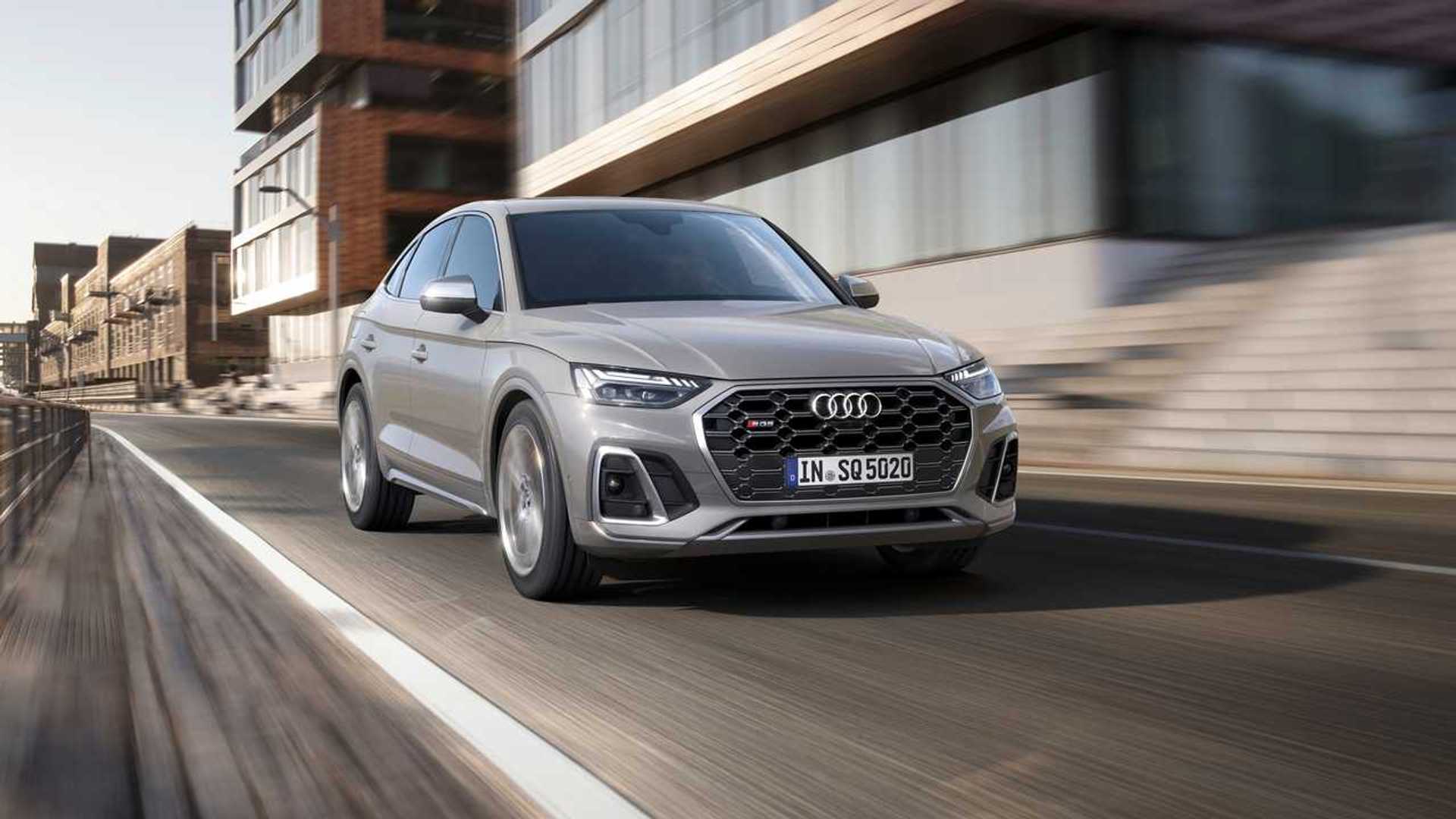 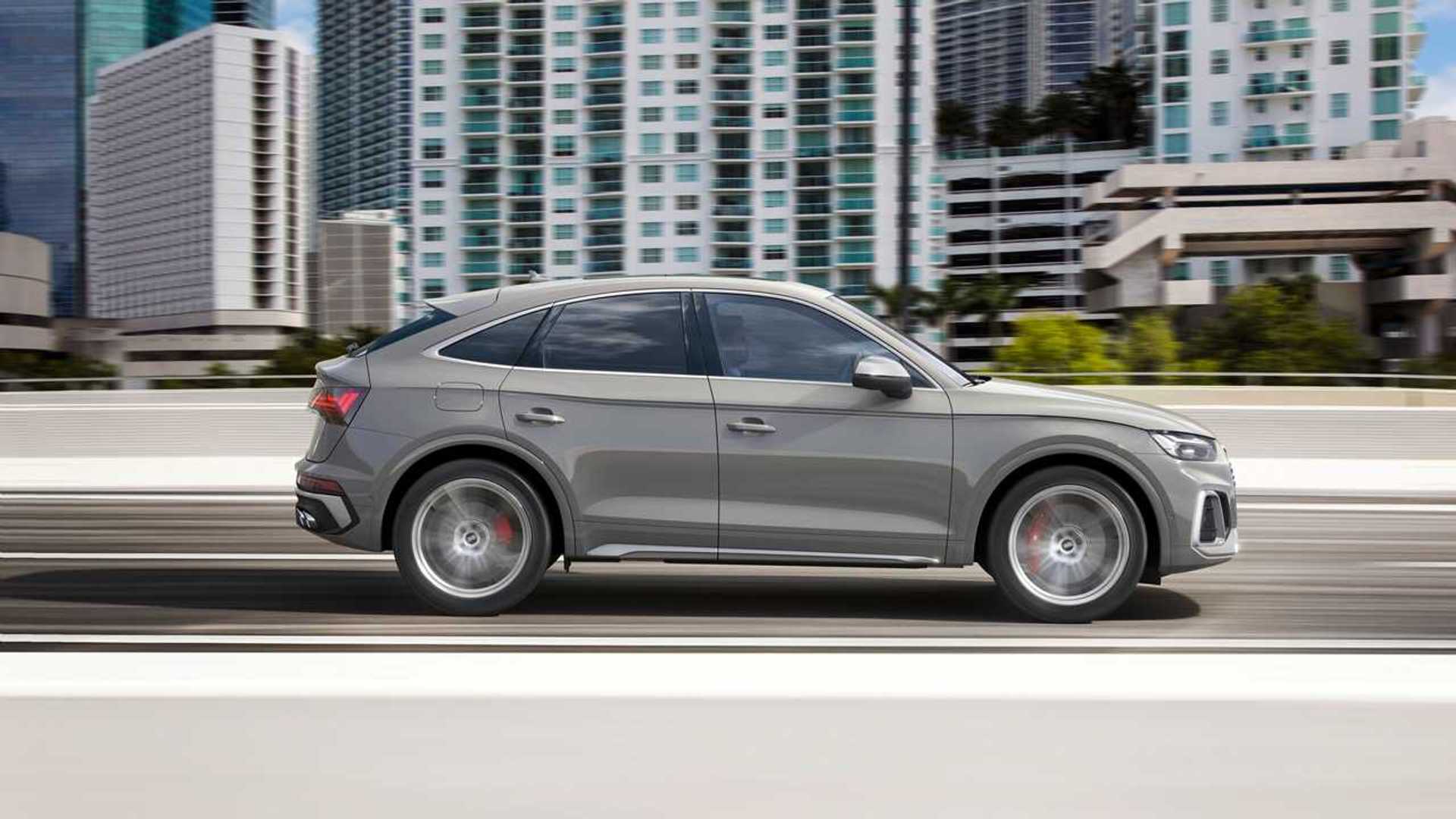 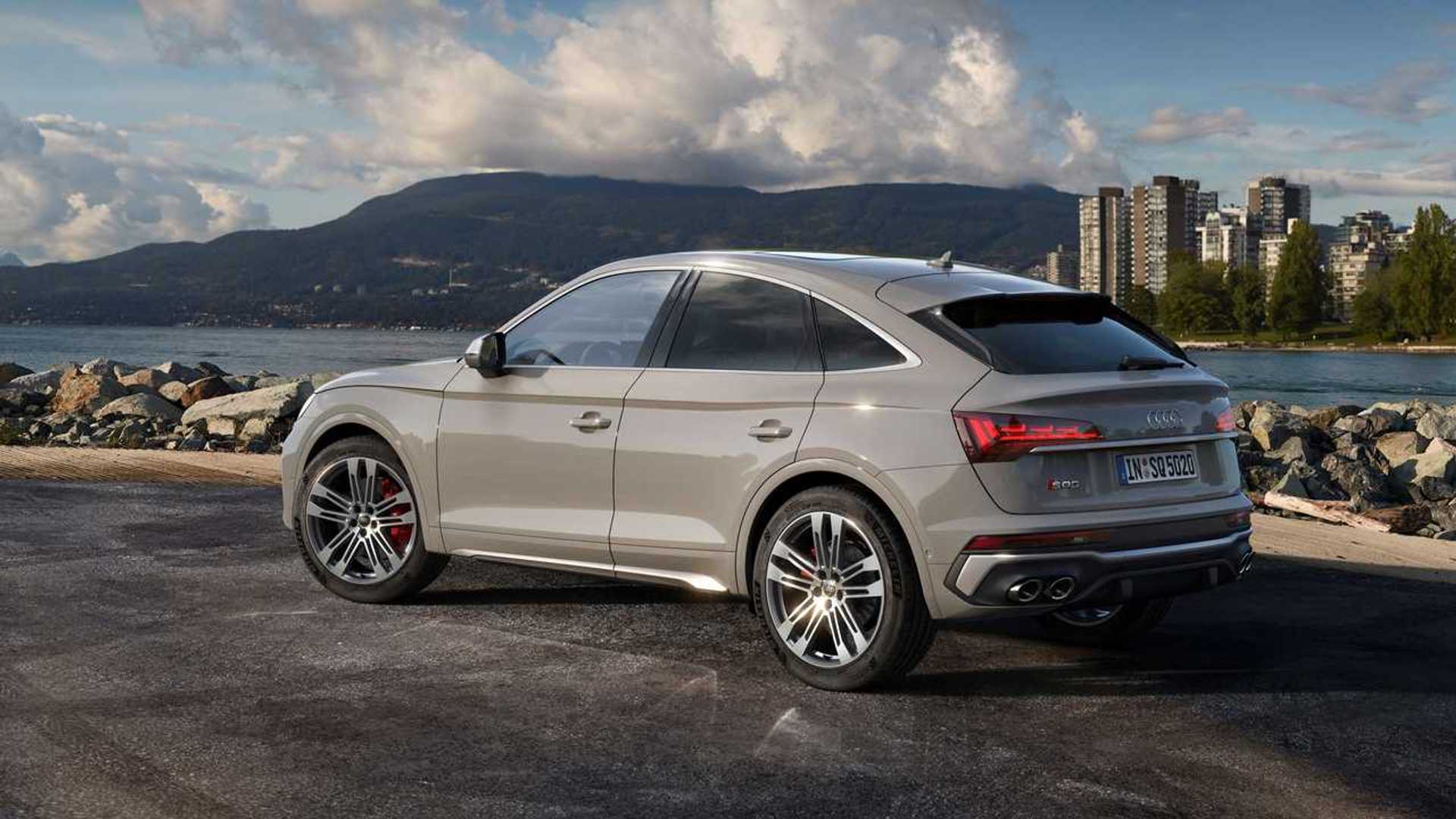 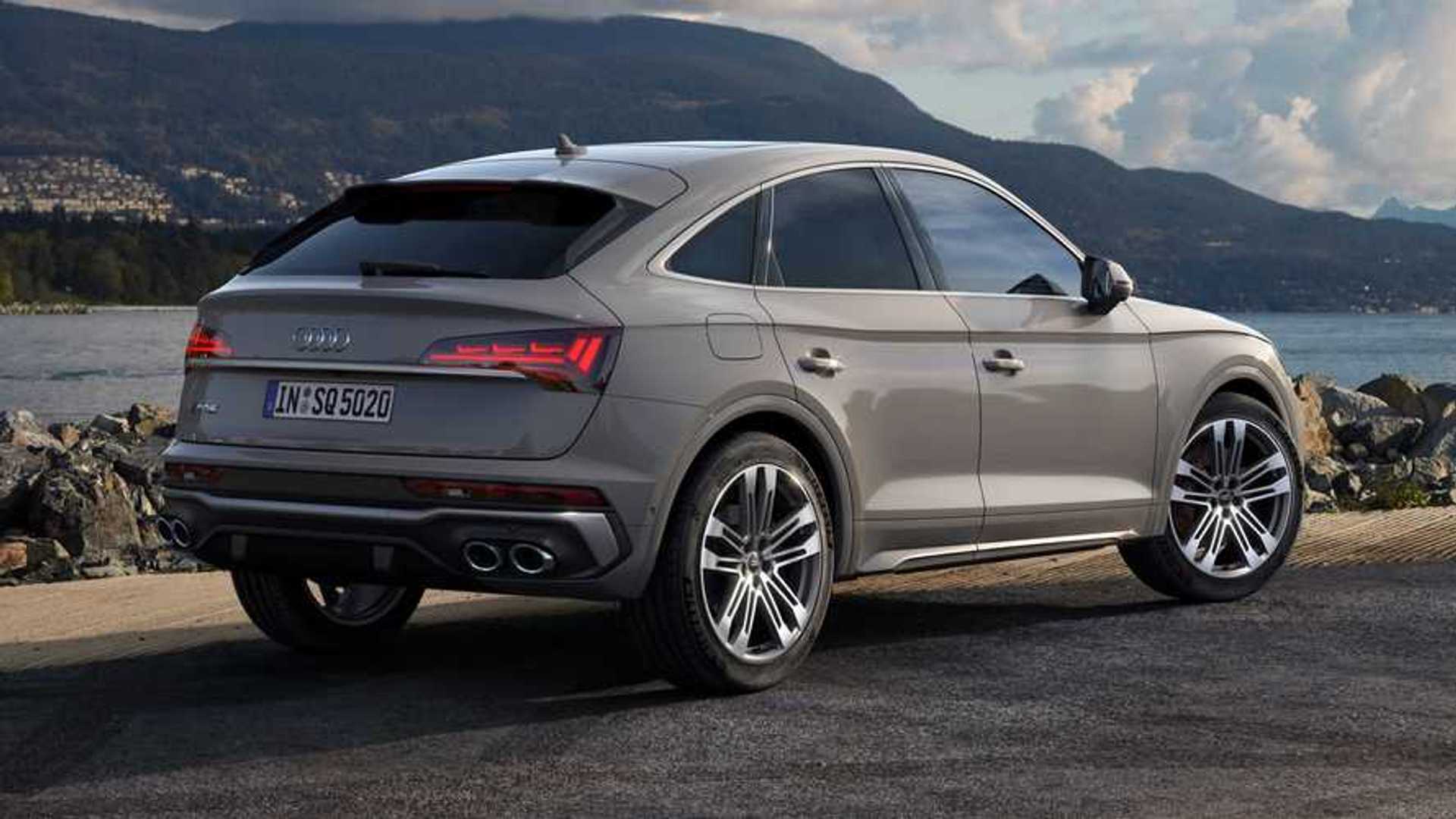 The video puts the Audi through its paces, starting with a brisk sprint to 100 kph, hitting it in 5.48 seconds. That’s with winter tires in cold temperatures – and it’s a respectable performance number. The video also calculates the SUV’s sprint from 100-200 kph, which takes the Audi 15.39 seconds, according to the RaceBox measurements. The Audi isn’t built for acceleration. During the high-speed sprint on the Autobahn, the driver hits the 240-kph (149 mph) mark with little trouble, though it’s not quickly achieved.

Those wanting performance in the Q5 lineup will have to settle for the SQ5, as there are no immediate plans for a hotter RS Q5 variant. Instead, customers can enjoy the SQ5 TDI or the TSFI (gasoline) variants. The gas version sports a 3.0-liter V6 that produces 349 hp (260 kW) and 360 lb-ft (500 Nm) of torque. The diesel engine continues to live on despite the negativity surrounding the technology; however, Audi’s use of it shows it’s not dead yet.