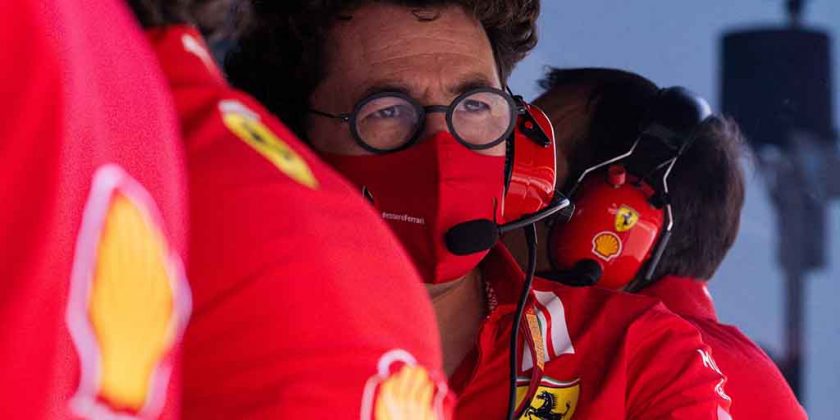 Mattia Binotto is confident that he still has Ferarri’s “full trust and support,” despite the resignation of one of his biggest allies.

The world of F1 was shocked when the Italian team’s CEO, Louis Camilleri, signed with immediate effect for personal reasons in December.

The 65-year-old took up the role of in July 2018, replacing Sergio Marchionne days before the Italian’s passed away from illness. Since then, there have been several major changes at Ferrari, most notably the axing of Maurizio Arrivabene who was replaced by Binotto as team principal.

Despite Camilleri’s departure, Binotto stills feels that he is supported, and has not changed any of his or the team’s plans in response.

“I think he has been a fantastic CEO, boss and friend. Very supportive, long-view in terms of having passions, investing et cetera,” he said as per GPFans.

“But I have to say, whatever we were doing was supported by our chairman, John Elkann and by our vice-president Pierro Ferrari and I have to say I have the full trust and support of these guys as well of which I have known for many years.

Binotto is under considerable pressure after a poor 2020 season that saw the team fail to win a race and finish down in P6 in the Constructors’ Championship.

While he knows that he has to make sure things improve in the near future, he’s not taking any drastic steps to try and ensure that’s the case.

“I know that my time is not infinite, certainly,” he added.

“I am aware of the fact that I need to, as a team, we need to do well but myself as well as team principal, to do well in the next seasons.

“But in terms of view, it is unchanged. We know that there is no silver bullet in F1 in order to become competitive and the benchmark for the other teams.

“Step-by-step, you need to build and it will take some time. But as we said, I think the ambitions are unchanged and our projects are unchanged.”