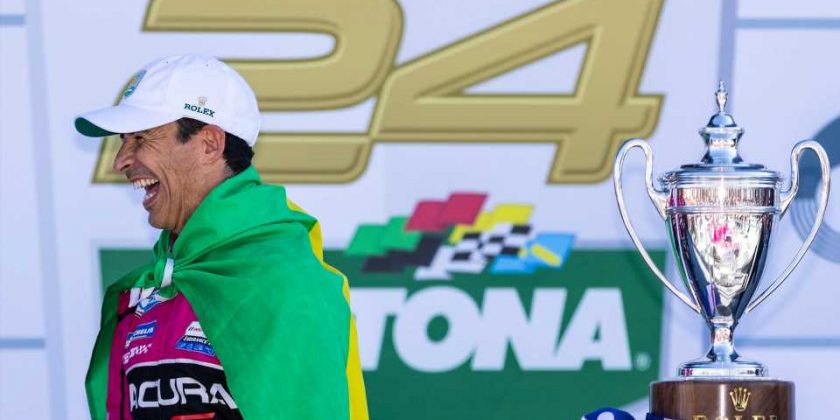 At 46 years old, Helio Castroneves is no spring chicken, as they say. However, as a lifelong professional racing driver who’s devoted his life to fitness, he’s likely to outrun, out-swim, and out-pedal most triathletes. And today, he used all of that and then some to add another major item to his resume: the overall win at the 2022 Rolex 24 at Daytona in an Acura-powered machine (again).

I caught up with the popular Brazilian at his garage ahead of the grueling endurance race, where we talked about his desire to win a fifth Indy 500, as well as his general outlook on life as a more mature driver in a sea of mostly youngsters. Of course, Castroneves had no way of knowing that he was about to become a two-time Rolex 24 champion, but y’know, something tells me that he had an idea.

“I always dream big, you should be dreaming big,” Castroneves told me while discussing his racing plans for 2022. “Yes, now I’m thinking about five [Indy 500] because that’s our goal. We already go the fourth, but now we must go through the steps to get the fifth.” 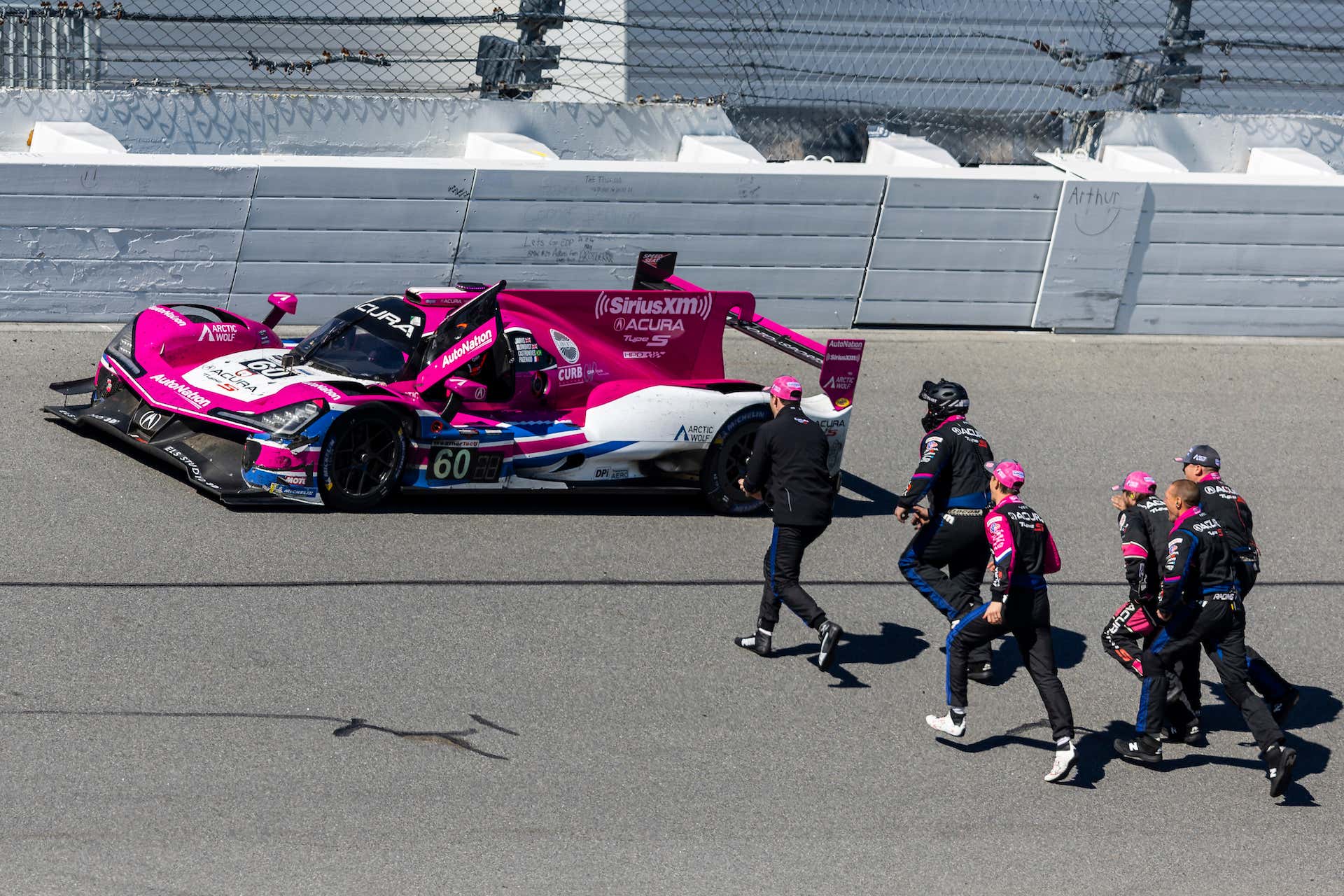 Today marked Castroneves’ third major racing victory in the short span of a year, after winning the Rolex 24 with Wayne Taylor Racing in 2021, his fourth Indy 500 last May with Meyer Shank Racing (MSR), and then today’s win also with MSR—a team where he feels his love is reciprocated. But most importantly, where he thinks team owner Michael Shank can get things done.

“Every person is different, but in my case, as soon as I crossed the finish line I was already talking to Mike [Shank] on the radio and I was telling him what we gotta do next year,” Castroneves said. “What we did was awesome, but there is always room for improvement.”

Castroneves, along with his talented teammates—which includes former IndyCar Penske racing driver and Indy 500 winner Simon Pagenaud—drove a masterful and extremely tactical race littered with crashes and full-course cautions around the 3.56-mile road course. Even on the second half of the final lap, when it appeared that he had just about sealed the deal, Castroneves had to perform an aggressive evasive maneuver to avoid colliding with two Porsche race cars fighting for the GTD Pro class lead.

Of course, the beloved Brazilian wouldn’t have it any other way. And when it comes to thinking about retirement, he simply isn’t ready to announce an official date, though he’s looking at fellow racing legends for pointers. 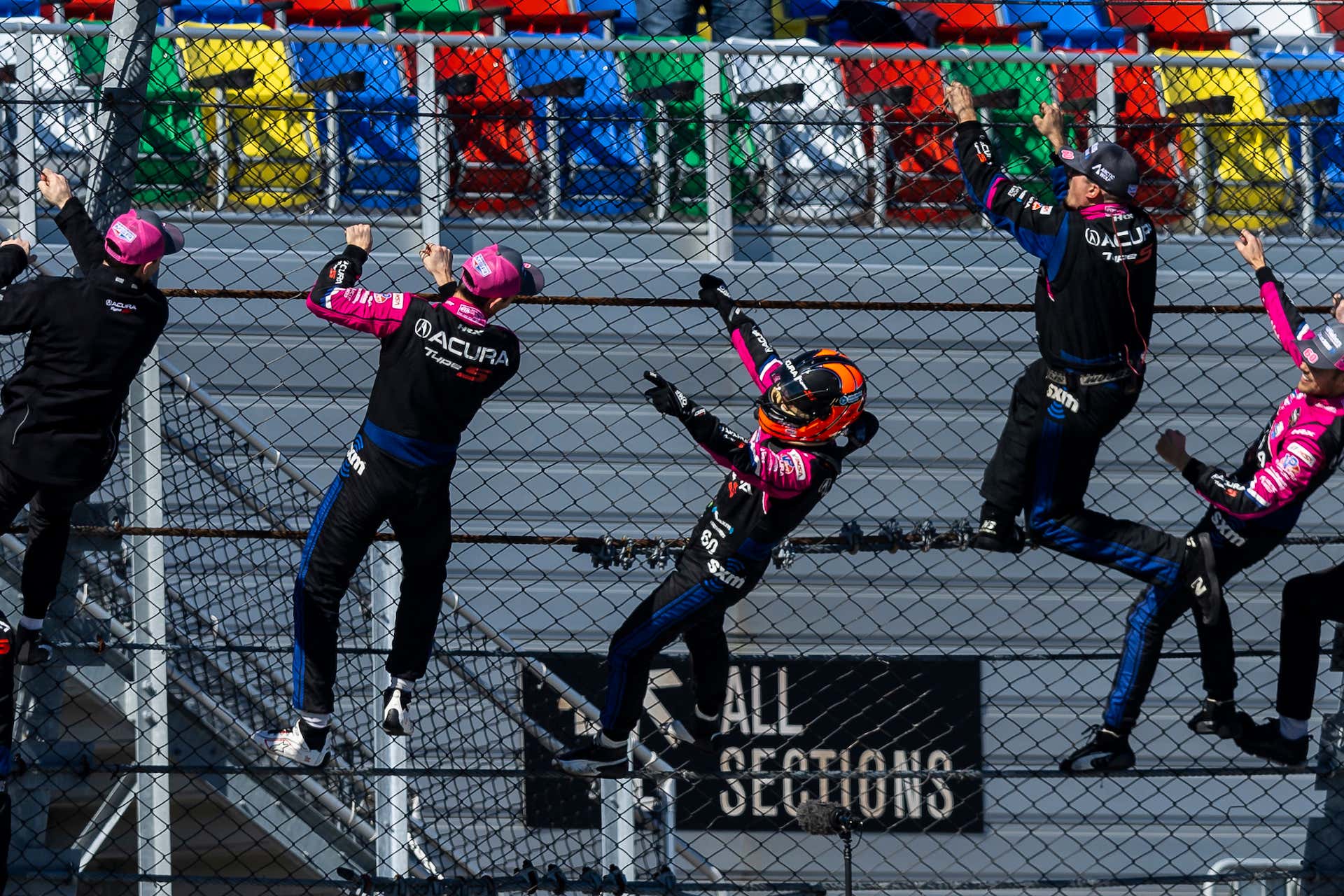 “I’m not at that point to say ‘I’ve had enough,'” said Castroneves. “I don’t have right now a date to retire as long as I’m competitive and dedicated. Right now I have an amazing team, so I’m gonna keep it going.

Judging by the outpour of support from the fans today over his win at Daytona, it’s safe to say that he will definitely want to keep going until he’s 54—roughly eight more years—or maybe even longer.