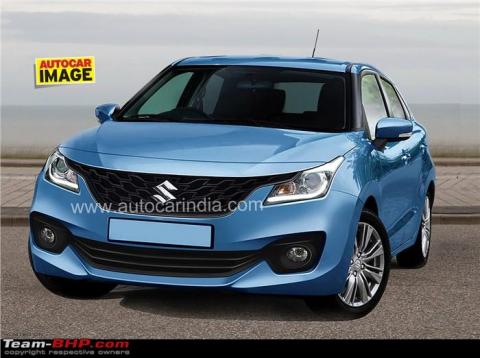 The Baleno facelift is expected to go on sale in February 2022.

According to media reports, Nexa dealerships have started accepting pre-bookings for the 2022 Baleno facelift, ahead of its debut slated for next month.

Meanwhile, an image of the production line with the first Balenos rolling out has surfaced on social media. The hatchback will get some exterior as well as interior cosmetic changes. It is likely to be equipped with a heads-up display and a larger touchscreen infotainment system said to be jointly developed with Toyota.

The Baleno could be offered with the same 1.2-litre petrol and 1.2-litre DualJet mild-hybrid engines. While a 5-speed manual transmission will be offered as standard, reports indicate that Maruti might discontinue the continuously variable transmission (CVT) and replace it with an AMT option.

The 2022 Baleno is likely to come equipped with 6 airbags and an electronic stability program (ESP).