The 2018 IndyCar racing season is about to climax in a week’s time when Hollywood superstar Chris Hemsworth waves the green flag to commence the 102nd running of the Indy 500. But before that happens, all cars, whether Honda or Chevrolet, have to be in tip-top shape, which means all of their components have to be working flawlessly, especially one particular part: the turbocharger.

I recently caught up with John Norton at the Indianapolis Motor Speedway. Norton is a staff engineer at BorgWarner, a U.S. company based in Auburn Hills, Michigan, which is primarily known for producing propulsion systems. BorgWarner is also the sole supplier of turbochargers for the Verizon IndyCar series, and more importantly, the rightsholder to the Indy 500 BorgWarner trophy. 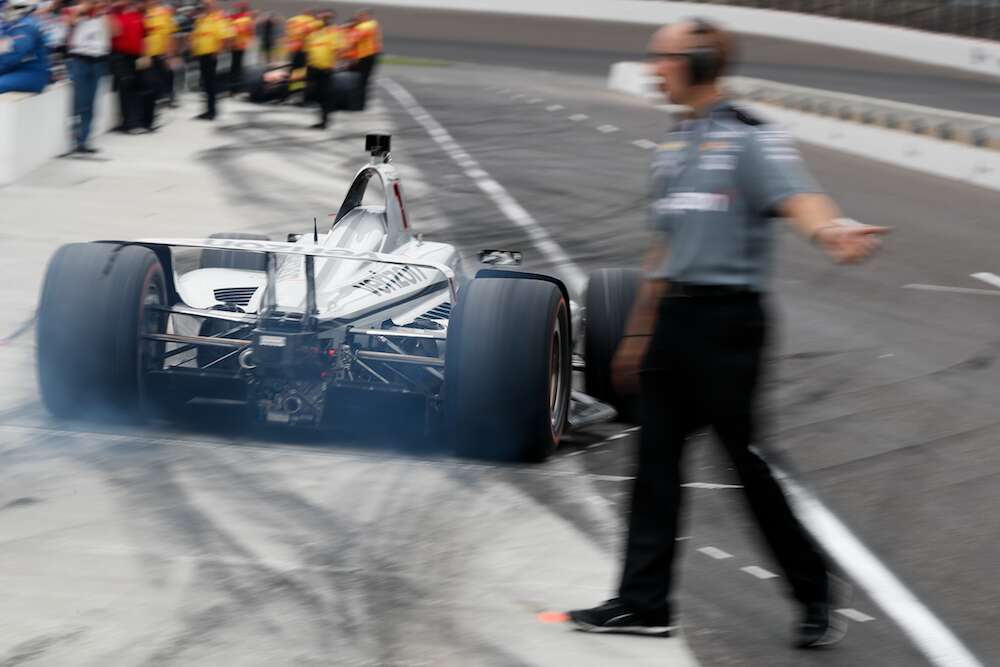 Norton and I sat down to chat about his responsibilities as the only BorgWarner engineer on the ground at IndyCar events, and needless to say, I learned a wealth of knowledge about some really intricate stuff that is hardly ever appreciated through TV, or any kind of racing media coverage.

Norton has been involved with IndyCar since 2013, and he’s part of the innovation and new concepts team, where he focuses on BorgWarner’s EFR (Engineered for Racing) products. As a result, Norton gets to tinker with many applications that we may see down the road such as e-turbos, e-boosters, and other electrification solutions that the public might see in future consumer and racing vehicles.

As you could imagine, Norton is a busy man on and off the track, so I couldn’t help but wonder what his average weekend looks like when he’s at the races. So, I asked him. 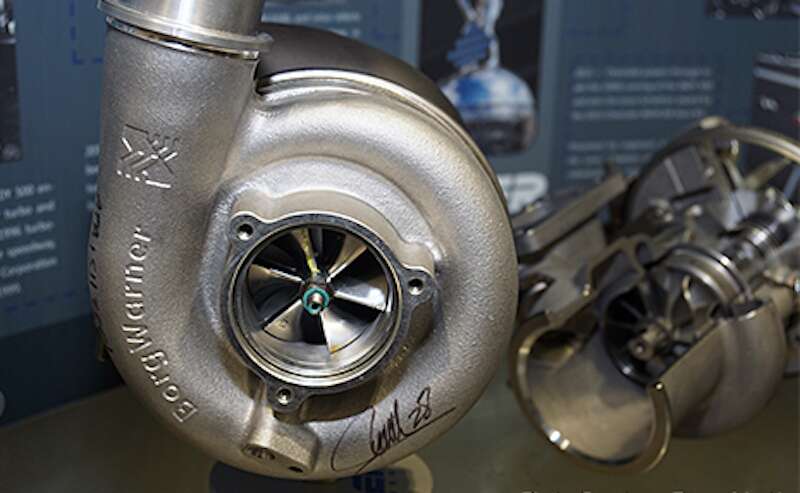 The Drive: Before we get into your weekend routine, can you tell me in your own words the role that BorgWarner plays in regard to IndyCar engines?

John Norton: Certainly, BorgWarner supplies 100 percent of the IndyCar field with twin-turbos, specifically the EFR7163, which is our largest B1-sized turbocharger. The actual component is an off-the-shelve unit, but the compressor and turbine inhousings are custom-made for the application.

TD: What’s your role within the BorgWarner-IndyCar relationship?

JN: I’m a staff engineer for the sports program, which primarily involves IndyCar and other sports-car series as well. Early on, my role was to oversee the products, castings and overall designs to make sure they’re finalized and tested according to the preliminary specifications. The data generated was then handed over to the engine manufacturers, which at the time there were three—Honda, Chevy, and Lotus.

Nowadays, my role is to make sure the lines of communication between IndyCar, Honda, Chevy, and BorgWarner remain open. I also stay on top of supply orders and other needs the teams may have. 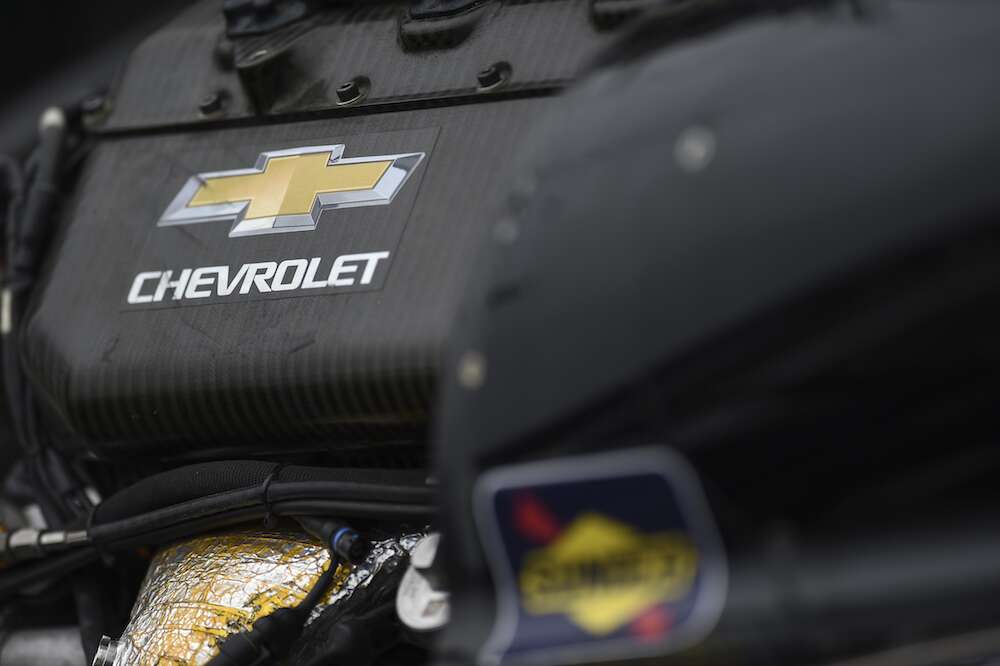 TD: With that out of the way, what does a typical weekend at an IndyCar look like for you?

JN: I usually travel on Thursday to make sure that I can be at the track early on Friday morning for practice. When I arrive, I first touch base with IndyCar, which has a counterpart that I specifically deal with on a regular basis. By the time I’m done with that there’s already action on the track, so I head over to the pits to oversee what’s going on.

In between sessions, I’ll touch base with Honda HPD and Chevrolet to make sure everything is okay in terms of technical issues, and to see if any of the racing teams have brought up any questions or concerns since I saw them last. Every now and then I’ll swing by and see some of the team managers or engineers that I’ve gotten to know over the years, but my direct report is to BorgWarner’s customer: IndyCar.

My role for the rest of the racing weekend is to have my ear on the ground to make sure our product is performing as it should, and thankfully, it always has. I constantly monitor drivers’ conversations over the pit radio and pay attention to what they’re saying. Being informed at all times is crucial. Oftentimes you hear a driver say that the engine “is starting to tighten,” or sometimes you’ll actually hear them say that there’s a “turbo problem,” but that’s typically related to the hoses and other components around the turbo housing. Once the race is over and everything has gone according to plan, I head home! 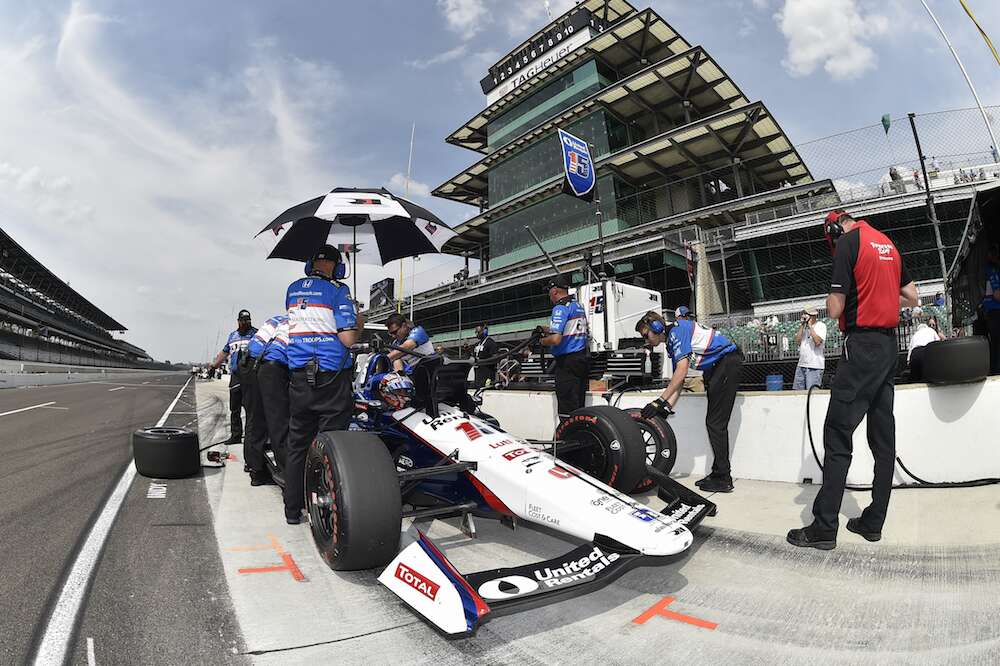 TD: Lastly, with so much technology currently being developed, especially when it comes to electrification, how do you stay up to date on everything?

We always have our ear on the ground on what’s being developed, and another thing helps me is being part of the committee for the Louis Schwitzer Award, which is an award given from engineers to engineers in regards to any kind of engine, chassis or safety technology related to the Indy 500. 2018 marks the 52nd year of the award, which is presented by BorgWarner and the Indiana Section of Society of Automotive Engineers (SAE) International. 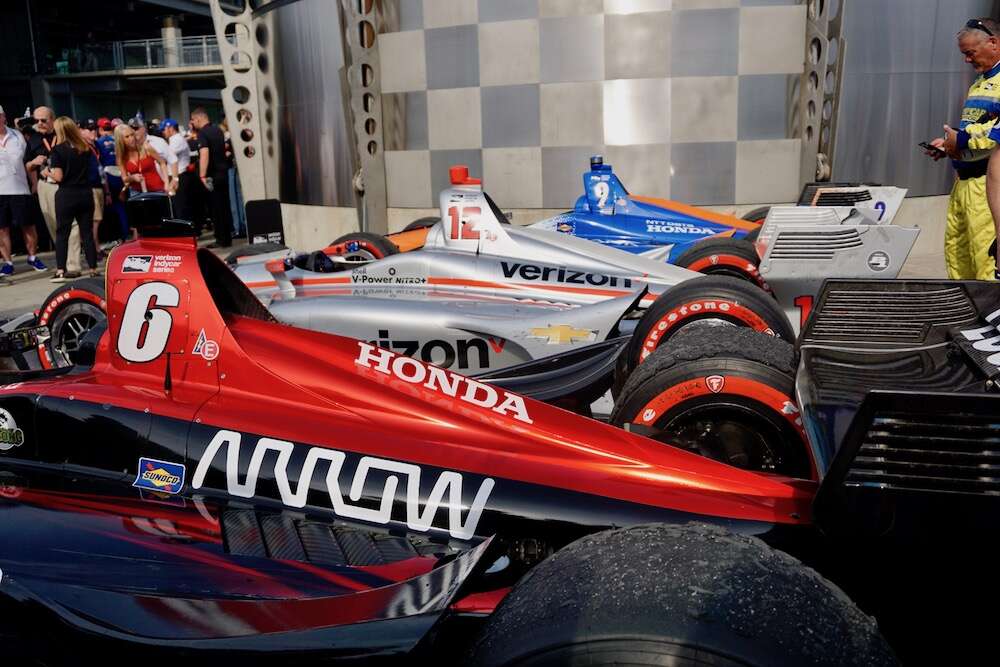 After finishing the interview we both went our separate ways as we prepared for the start of the IndyCar Grand Prix at Indy. Much to my surprise, I ran into Norton after the race, but this time at the winner’s circle.

“Look how clean the bodywork surrounding the exhaust is,” said Norton as he pointed at the Chevy of Will Power. “It’s insane how clean the E85-R burns!”

Now that’s a guy who loves his job.