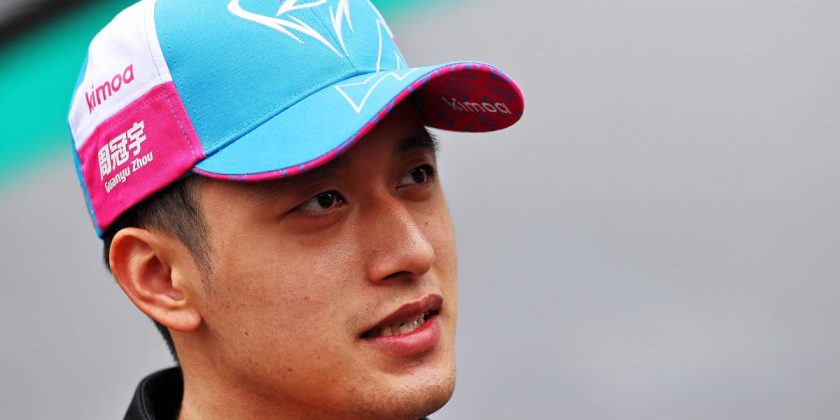 Saying farewell to Kimi Raikkonen and Antonio Giovinazzi, Fred Vasseur has quashed suggestions that choosing their replacements was an “easy” call.

With Raikkonen retiring from Formula 1 and Giovinazzi failing to set the stage alight, Alfa Romeo team boss Vasseur was potentially in search of an all-new driver pairing for the 2022 season.

The first new driver named was Valtteri Bottas, a driver that Vasseur knows having worked with the Finn in the GP3 series.

That Bottas had also helped Mercedes to five successive Constructors’ Championships made picking him a relatively easy choice.

His team-mate not so much.

Alfa Romeo left it to the last minute to decide their second driver, choosing Formula 2’s Guanyu Zhou over Giovinazzi.

“You will find some of my colleagues that would say it was an easy choice, it was obvious, but it’s never obvious because it’s a crucial choice.”

Signing Chinese driver Zhou, Vasseur has previously spoken about how he hopes the new signing will open sponsorship doors for the team.

“We need to think about this, how to attract sponsors and the combination is quite complex, but the atmosphere into the team is an important parameter,” he said.

The team boss, however, insists it is not just about money, nor in fact is it only about the driver’s speed.

“I’m not speaking about speed,” Vasseur added. “For sure, it’s one of the parameters.

“But it’s how the guy will fit with the team, at which stage of his career he is at and where he wants to go, the collaboration between the two cars, the two drivers that you have.

“For sure, you have different aspects about performance. The speed, the sponsor, we need to have the budget. It’s a very complex decision, but it’s never an easy one.”

Zhou will be the only rookie on this year’s grid, the 22-year-old recently stating that he is happy to have an experienced team-mate like Bottas for his debut campaign.

“For a rookie, there is no better option than to have Bottas as your team-mate in your first season,” said Zhou, quoted by Motorsport.com.

“If I’m going to beat him, I know I need to work very hard and adapt very quickly to the whole of F1, and to the new car, from the very beginning.

“But I think what’s more important is that he can help me get through the learning curve. He is a very open driver. He shares his information and discusses with the team and with me, which is a very helpful point.”